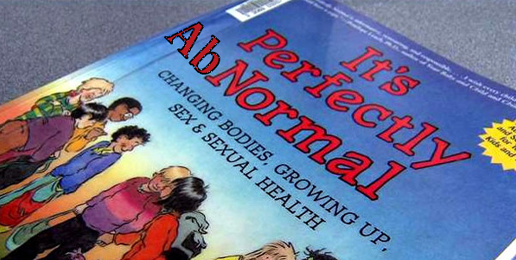 Our Springfield snollygosters are working tenaciously to provide Christian parents with a plethora of reasons to abandon government schools in Illinois. On Thursday afternoon (May 20th), the Illinois Senate took up and debated another “comprehensive” sex education bill (SB 818) that so-called “progressives” and their evil allies–Planned Parenthood, the ACLU, and Equality Illinois–are using to indoctrinate children starting in kindergarten.

This bill to corrupt children with leftist humanistic values is sponsored by Illinois State Senator Ram Villivalam (D-Chicago) and passed by a partisan vote of 37 to 18 with four members not voting. It is now up for consideration in the Illinois House, where State Representative Camille Lilly (D-Chicago) is the chief sponsor.

Take ACTION: Click HERE to send a message to your state representative to ask him/her to vote against SB 818. Impressionable students in public schools should not be exposed to body- and soul-destroying messages that promote leftist beliefs about sexuality.

The Illinois Senate debated this controversial legislation for almost an hour on Thursday afternoon. You can watch/listen to the entire debate on the IFI YouTube channel or on our newer Rumble channel. You can also watch the embedded version at the end of this article.

Regarding the hour-long debate, there are just too many fallacies, outright lies and corrupt intentions to address in one article. Here are just a few of the glaring problems.

Well, the bill also demands that comprehensive sex education classes be “culturally” appropriate, which the bill defines as follows:

Culturally diverse and culturally appropriate? This Planned Parenthood legislation is neither inclusive nor respectful of orthodox Jewish, Christian or Muslim families. What families from these faith traditions deem to be “developmentally appropriate” is wildly different from what Planned Parenthood, the ACLU and Equality Illinois celebrate and promote. This point is further illuminated by the floor statement made by State Senator Patricia Van Pelt (D-Chicago):

In my history, before I came here, I was a preacher, and I preached on a regular basis. When I looked at bills like this it was really, really hard for me to get my hands around it, because it was so contrary to what we teach in church. But this is a law this is not a church. And we are representatives of the people in our district. We are not their preachers. We are not their pastors. We are not the ones that’s gonna make them keep the values right or their morals right.

I learned by being here that many of the things that we held true in the church was actually hurting our community. And I think not having that knowledge not letting those children have the knowledge about what this is [is not good]

State Senator Van Pelt has been in Springfield since 2013, and by her own testimony, it appears she has been thoroughly corrupted by the Springfield swamp. The “new Patricia,” must have a heart of stone because she has repeatedly ignored the Holy Spirit’s promptings to do what is right. The “new Patricia” no longer has a problem upholding sexually corrupt material being taught to children.

Senators Van Pelt, Turner and many of their colleagues think that “knowledge” will solve the problems caused by a sexualized culture. State Senator Linda Holmes (D-Aurora) even stated on the floor during debate:

I just don’t understand it, I think what we are doing when we are teaching–again, age-appropriate, medically accurate–sex education to our children, we are arming them with knowledge, and I don’t know when that has ever been a bad thing.

Then the Lord God took the man and put him in the garden of Eden to tend and keep it. And the Lord God commanded the man, saying, “Of every tree of the garden you may freely eat; but of the tree of the knowledge of good and evil you shall not eat, for in the day that you eat of it you shall surely die.”

Perhaps the clearest denunciation of this atrocious bill came from State Senator Darren Bailey who rightly said it will put “perversion into our schools.”

I sat here and I listen to this, and I participate in what I expect to be a prestigious body. And here we are dealing with absolute nonsense of putting perversion into our schools. Yeah, that’s what it is, it’s perversion.

Thank God we still have some state lawmakers in Springfield with the moral clarity and backbone to boldly tell the truth about this insidious agenda to undermine and subvert Judeo-Christian values.

You can watch/listen to the entire 57 minutes here:

The War on Children [VIDEO]