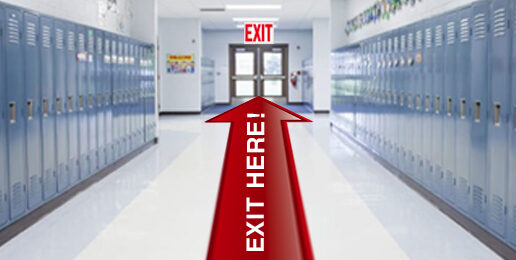 Here in Illinois, such propaganda starts in kindergarten and continues every year throughout elementary, middle, and high school. How do conservative parents think a 5-year-old will process the lies their teachers spread about homoeroticism, including through heartstrings-pulling tales about children with two mommies, or about allegedly homosexual penguins, or about “gay” children being bullied? Are conservative parents absolutely sure their young children won’t start wondering if the natural love they feel for their best same-sex buddies is a sign that they are “gay”? Ideas have consequences, folks.

Don’t be duped by the mockers who will claim it’s absurd to think ideas about homoeroticism can create feelings. Ideas absolutely can create feelings that then shape actions. By allowing young children to be exposed year after year to homosexuality-affirming ideas, parents are playing with fire—the fire of sexual desire ripped from its moral moorings.

In the book Male Colors: The Construction of Male Homosexuality in Tokugawa Japan, Gary Leupp demonstrates the effect of culture in constructing homoerotic desire:

Nanshoku [male homoeroticism] … arose largely to compensate for men’s lack of female companionship, but at some point its culture came so to influence the structure of male desire that its vitality no longer required the absence of women. Indeed, it remained a vigorous tradition in Tokugawa [Tokugawa period: 1603-1868] cities even as the institution of the female courtesan throve. … The iro [sexual desire] of most Tokugawa men was bisexual.

This eros was specifically constructed to mirror the hierarchical relations specified in Confucian thought and in feudal society; males were socialized to desire to penetrate younger males and to be penetrated by older males.

Anyone who believes homoerotic desire cannot be constructed or created by culture is naïve or ignorant.

Homoerotic desire can be shaped not only by childhood sexual molestation, early exposure to pornography, peer ostracism, and familial dysfunction but also by cultural values that spread like disease contagions. In fact, there is a term for such a phenomenon: “social contagion” or “group contagion.”

“Social contagion” or “group contagion” is defined by the American Psychological Association as,

the spread of behaviors, attitudes, and affect through crowds and other types of social aggregates from one member to another. … [S]tudies suggest that social contagion is sustained by relatively mundane interpersonal processes, such as imitation, conformity, universality, and mimicry.

Social contagions include anorexia, bulimia, cutting, and even suicide. Homoeroticism and cross-sex identification (i.e., “transgenderism”) are the newest contagions to emerge in our deviant sex-saturated public square and infect our children.

There’s a reason the rates of homosexual, bisexual, and “trans”-identification are rising, and the reason is not that humans are biologically evolving or that these higher percentages always existed but were hidden due to cultural disapproval. The reason is that culture is constructing disordered sexuality.

In 2018, The Telegraph reported  that this social contagion had infected children in the United Kingdom, leading a member of Parliament to call for an investigation into the reasons for the shocking increase in children rejecting their biological sex:

An explosion in the number of children wanting to change sex has prompted an inquiry by ministers.

Penny Mordaunt, the Minister for Women and Equalities, wants to understand the reasons behind a 4,400 per cent increase in girls being referred for transitioning treatment in the past decade.

Officials will look into the role of social media and the teaching of transgender issues in schools as part of their inquiries. …

Some educationalists have previously warned that the promotion of transgender issues in schools has “sown confusion” in children’s minds and that encouraging children to question gender has “become an industry”.

Dr Joanna Williams, author of the book Women vs Feminism, has said that schools are “encouraging even the youngest children to question whether they are really a boy or a girl”.

Just as in England, government schools in the United States play a significant role in sowing gender confusion.

The government schools Americans fund are an integral part of the metastasis of these social contagions. Schools are providing a distorted lens through which children are misinterpreting experiences, and this in turn can lead to the construction of disordered desires and “identities.” Socially distancing our children from those who would intentionally mainline contagions into them is the best way to protect them during their most vulnerable developmental years.

Incest and Pedophilia Comin’ to Town