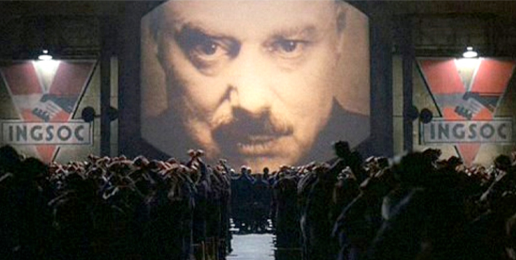 Look no further than Regulation 225, a proposed amendment to the Delaware school code, which, if passed, will allow students of any age to “self-identify” their “gender or race” at school without their parents’ knowledge if students say their parents would not be “supportive.” Don’t believe me? Read it yourself in Section 7.4 and Sec. 7.4.1:

So, who will define “supportive,” “safety,” “health,” and “well-being”? “Progressive” school administrators, mental health “professionals,” and lawmakers who believe the nonsensical, anti-science superstition that humans can be “born in the wrong body” (which simply means someone wishes he were the opposite sex)?

Will these “progressives” define supportiveness as affirming children’s disordered desires to be the opposite sex (or race)?

Will a student’s distress over her parents’ assertion of the truth that her sex (or race) cannot change be evidence to Big Brother that the child’s “health” is jeopardized?

If a child claims that his parents will be angry if he uses the name “Mary” at school or if teachers refer to him by “she,” “her” or “ze,” will Big Brother deem his “safety” or “well-being” at risk?

And if the law determines that parental objections to Leftist language rules and co-ed private spaces constitute a threat to the safety, health and well-being of children who reject their immutable biological sex, how long will it be till the state justifies removing “trans”-identifying minors from their parents’ custody?

Last month in Ohio, a judge awarded custody of a 17-year-old girl who identifies as a boy to her grandparents after her parents refused to call her by the male name she’s chosen and because they refused to allow her to take cross-sex hormones that would leave her with irreversible voice changes and sterility.

To be clear, this girl seeks to reject her sex—not her “gender.” The Left defines “gender” as the arbitrary, socially-constructed roles, conventions, behaviors, and expectations that society associates with the male or female sex. If she were rejecting her gender, all she would need do is alter her social roles and behaviors.

But instead, she’s attempting to change her sex by chemically altering her anatomy and physiology. She and the Mengeles who will facilitate her bodily destruction—with no evidence of long-term safety—are treating her healthy anatomy and physiological processes as if they were diseased, and in so doing will harm her now-healthy body. The medical profession and the courts are co-conspirators in a grotesque science experiment being performed on the bodies of children.

While Ohio courts and Delaware lawmakers usurp parental rights in support of the science-denying, body-destroying “trans”-ideology, a glimmer of hope and sanity emerges from the heart of the Midwest (no, definitely not from Illinois).

The Kansas Republican Party passed a resolution proposed by Eric Teetsel, president of the Family Policy Alliance of Kansas, titled “Regarding Human Sexuality Identity” that makes the following commonsense claims:

WHEREAS, all persons are created in God’s image and, therefore, have inherent dignity and inalienable rights; and

WHEREAS, God’s design was the creation of two distinct and complementary sexes, male and female; and

WHEREAS, transgenderism differs from hermaphroditism or intersexualism in that the sex of the individual is not biologically ambiguous; and

WHEREAS, many have sought to normalize transgenderism and define gender according to one’s self-perception apart from biological anatomy; and

WHEREAS, there is no scientific consensus regarding the ethics or effectiveness of attempts to align one’s biology with one’s self-perception through experimental and exploratory medicine; and

WHEREAS, some Kansas public schools are encouraging parents and teachers to affirm the feelings of children experiencing gender dysphoria; and

WHEREAS, some Kansas public schools are allowing access to private facilities according to children’s self-perception of gender and not according to biological sex; and

WHEREAS, multiple states have begun to prohibit licensed counselors from any attempt to assist children struggling with gender dysphoria; and

WHEREAS, these cultural currents run counter to God’s created order and violate the dignity of every human being; therefore, be it

RESOLVED, that the Kansas Republican Party recognizes the dignity of every human being, including those who identify as LGBT; that we affirm God’s design for gender as determined by biological sex and not by self-perception; that we oppose efforts to surgically or hormonally alter one’s bodily identity to conform with one’s perceived gender identity; that we oppose all efforts to validate transgender identity; that we recognize the fundamental right of parents to guide their child’s education; that public schools should not undermine the values of parents who do not agree with transgenderism; and that students have a reasonable expectation of privacy and safety at school.

This resolution is not informed by ignorance but by knowledge.

It is not informed by foolishness but by wisdom.

And it is not informed by hate but by love.