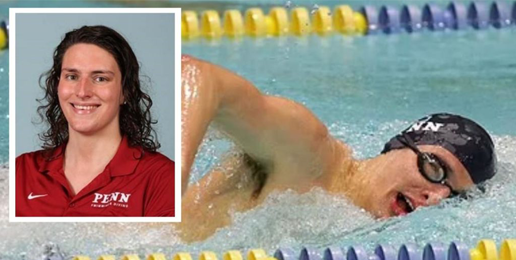 Are Progressives Allies of Women or Misogynists?
Written By Laurie Higgins   |   01.04.22
PRINT

Leftists seek to destroy every created thing that emerges from, depends on, or reflects the real and foundational distinctions between males and females. Eradicating all distinctions between males and females entails socially constructing a false understanding of marriage. It entails distorting the public understanding of the purposes for and boundaries of sex and reproduction. It entails transforming the public understanding of the needs and rights of children. And it entails a wholesale assault on all sex-associated phenomena, including clothing, hairstyles, grammar, private space usage (e.g., bathrooms, locker rooms, dorm rooms, nursing home rooms, and prison cells), sports, and even human bodies.

What accounts for the zealous, quixotic mission to eradicate all distinctions between male and female—a mission that began in earnest in the 1960’s? Ultimately, this is a rebellion against God who created us male and female, who identifies himself as Father—not mother—and whose incarnate child was a son—not a daughter. The scope and enormity of this cultural and spiritual revolution could only be inspired by the father of lies, aided and abetted, of course, by fallen humans.

Indulgent self-regard has supplanted unselfish concern for the common good. Appetitive pleasure has been recast as “authenticity,” thereby granting hedonism a patina of nobility. While leftists claim it takes a village to raise a child, they live in a solipsistic world in which nothing outside the self matters—well, unless the “self” is conservative in orientation. Then, no degree of “authenticity” matters.

How many Republicans now affirm the legal recognition of non-marital unions as “marriages”? How many Republicans now say that motherless and fatherless children should be placed with homosexual couples to be raised without either mothers or fathers? How many cowardly and/or ignorant Republicans turn and run from these “social” issues, not realizing that everyone can see the neon yellow stripe covering their backs.

Word to those Republicans: the social issues are far more critical to the survival and health of America than are tax rates and business regulations. Only fools think otherwise.

As a party, however, Democrats are even further lost. Democrats gloat about being the saviors of women, all the while facilitating damage to and destruction of girls’ bodies and spirits. The blood of half a million baby girls killed in their mothers’ wombs every year drips from Democrats’ hands. Without the sexual revolution that taught girls that being as sexually “liberated” as males was something to embrace, there wouldn’t be a million abortions annually.

The blood from the severed breasts of teen girls and young women who have been deceived into thinking that they are men and that double mastectomies will resolve their gender dysphoria drips from the grimy fingers of Democrats. This “gender-affirming” practice matches or exceeds in barbarity “female genital mutilation,” a practice Democrats claim to abhor.

And with few exceptions, Democrats support the eradication of athletic opportunities for and achievements of girls and women by allowing biological men—also known as “men”—who pretend to be women to participate in girls’ and women’s athletics.

We recently saw a strapping Division I male swimmer who, after his junior year on the men’s team, decided he was a woman swimmer. He switched teams and destroyed multiple women’s records. He ruined the swim meet for both his female teammates and their opponents. Girls who likely started swimming at eight-years-old and endured daily four-hour workouts year-round from middle school on, have had their records demolished—by a man.

And his teammates are not free to express their authentic feelings about this travesty of inequity because the “trans” cult and its collaborators have created a culture in which only their speech is cost-free.

No, Democrats are neither feminists nor saviors of women. They’re callous, ignorant, fearful, selfish misogynists.

This insalubrious, anti-science, anti-God rebellion is not nearly over. The assault on truth will come to the church because the Bible is the source of all truth. Speaking, writing, or preaching the truth on God’s created order vis a vis biological sex and sex-based roles, and his prescriptions and proscriptions for sexual acts will be redefined as “hate speech.” Leftists will then attempt to ban such “hate speech,” or what Christians call expositions of truth. Being a Christian will be far costlier tomorrow if we are cowardly today.

Pelosi Durbin and the Denial of Communion
b
a
x
r