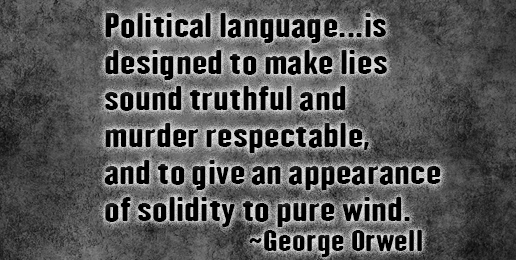 Admission from the Left about the Homosexuality=Race Analogy
Written By Laurie Higgins   |   07.09.14
PRINT

The new website Barbwire carries many of my articles.  In my recent piece on “Independence Day Parades and Barbarism” I wrote, “Opposition to celebrations of homoerotic predispositions, activity, and relationships bears not even the remotest relation to racism because homosexuality is nothing like race.”

In the comments section of Barbwire, someone who proudly calls himself “Twisted Mister” wrote, “Actually, that’s not true. Homosexuality and race are, indeed, analogous in that both groups have been victims of discrimination, hatred and violence in our culture.”

Hallelujah, finally a tidbit of truth inadvertently leaks out from the bastions of tarradiddling.

First, a few quick clarifications are in order: 1. Hatred of persons is never justified, 2. Other than in war and self-defense, violence is not justified, 3. Unprovoked violent acts are illegal and should be prosecuted, and 4. Moral disapproval of particular forms of activity is wholly different from hatred of persons.

These truths should go without saying, but the ignorant or devious among us, like Twisted Mister, have been so effective in promoting twisted untruths that repeated clarifications are required.

The analogy is between society’s attitudes toward each of the two conditions. Society disapproved of dark skin or African descent and society disapproves of homosexuality. The problem with the homosexuality=race analogy should now be apparent: the particular natures of each culturally disapproved condition bear no similarities. And it is the nature of a condition that determines whether a particular moral assessment is correct and determines whether the act of moral assessment even makes sense.

While it is unjust to hurl epithets or physically abuse those who choose to center their identity on their sexual feelings and activity, it is right and appropriate for society to assess the morality of the volitional sexual acts that constitute particular conditions (e.g., “minor-attraction”/”intergenerational intimacy,” polyamory, or homoeroticism).

It is not appropriate or even rational, however, to disapprove of conditions that are behaviorally neutral like race. With regard to race, there is simply nothing to morally assess since morality is germane only to behavior.

What Twisted Mister and his fellow dogmatists are insisting is that of all the conditions constituted by volitional acts (sexual and non-sexual), homosexuality is the only one that must remain exempt from moral assessment. They are demanding that society treat homosexuality as if it’s a condition analogous to race–which it is manifestly not.

Or alternatively, they’re arguing that homosexual activity is inherently moral, which, of course, is not a fact. It is a moral belief that neither they nor government agents (e.g., public school teachers) have any right to impose on all citizens through policy, law, or public education.