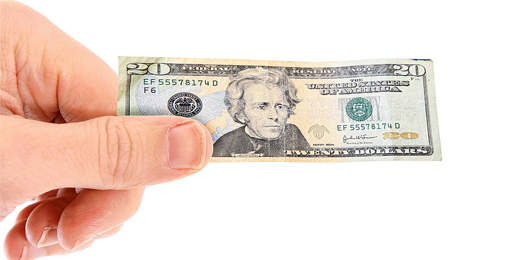 Small Dollar Contributions to IFI are Not Small at All
Written By John Biver   |   12.07.17
PRINT

Recently, I posted this article: George Soros Gets It: When Will More Wealthy Conservatives?

My goal was to spur wealthy conservatives to increase their giving to organizations like the Illinois Family Institute (IFI) and Illinois Family Action (IFA). While it’s nice for someone to see their name on a building at their alma mater, to be frank, it’s more important to save our state.

And Illinois is in need of emancipation.

Leftist millionaires and billionaires are increasingly showing up in the headlines after writing enormous checks to Leftist causes. George Soros is one who has shown he’s all in when it comes to fundamentally transforming the West, the United States especially.

Not only are billionaires funding Leftist causes but smaller dollar donors are as well. And those dollars add up.

That is certainly the experience of the Illinois Family Institute. Small dollar donations are what fuel most of the work that is accomplished by IFI and IFA. Over the past five years, the average donation was $97 a year.  Last year that number was down a bit to $87 a year.

Those numbers do not lie.

We just passed “Giving Tuesday,” “a global day to give, fueled by the power of social media and collaboration.” (Thank heavens its over: my inbox was inundated with fundraising emails!)

Americans are a generous people. Google it if you doubt that. Every year, hundreds of billions of dollars are given to charitable causes, including to individuals, foundations, and corporations. There are over a million and a half non-profits registered in the United States.

[Note: After this article was published, Robbie Richards from Rawhide Boys Ranch in Wisconsin, brought this interesting article and “charitable giving map” to my attention.]

The reality is that not all non-profits are equal. Some have endowments and budgets that boggle the mind. Some have lists of active donors to die for. Some, like IFI and IFA, are, in my opinion, greatly underfunded.

IFI and IFA’s real bottom line is winning hearts and minds. We’re in this fight because we see the need for more Illinoisans to realize that the pro-family, pro-life and pro-freedom movement is offering solutions to a morally and fiscally sick state.

The IFI team is working hard to engage the battle and would like to do so more aggressively in 2018. But we need your help to be successful.

We must work harder and smarter and engage on more platforms to disseminate conservative principles and precepts.

That is exactly what the Illinois Family Institute is all about: giving the people of Illinois the information they need to make good decisions and to act on those decisions.

You are the salt of the earth, but if salt has lost its taste, how shall its saltiness be restored? It is no longer good for anything except to be thrown out and trampled under people’s feet.

You are the light of the world. A city set on a hill cannot be hidden.Nor do people light a lamp and put it under a basket, but on a stand, and it gives light to all in the house.

In the same way, let your light shine before others, so that they may see your good works and give glory to your Father who is in heaven.

The Illinois Family Institute has the information necessary to equip every person living in our state and elsewhere to be salt and light.

But none of that life-giving information can do any good without your help.

You might be one of those people who read about George Soros-like donations and think that your donation of $25, or $50, or $100 a month to IFI is not important because it’s just a drop in the bucket by comparison, but that bucket is left half empty without smaller dollar donations. They are crucial!

To IFI and IFA’s current donors, we thank you for your continued support.

If you know others who share our vision of upholding and re-affirming marriage, family, life and liberty in Illinois,  please encourage them to visit our websites (Illinois Family Institute, Illinois Family Action) and support the work.

Click here to support Illinois Family Action (IFA).
Contributions to IFA are not tax-deductible but give us the most flexibility in engaging critical political and partisan issues.

Philanthropy Booms In the Trump Era—But It Also Gets Political: Such advocacy fails to provide direct and tangible benefits to individuals in need.

The Billionaire Socialists: Soros, Steyer, Bezos and Bloomberg are the big four antagonists of Liberty. But we’re here to counterpunch.

Invest in Truth on #GivingTuesday