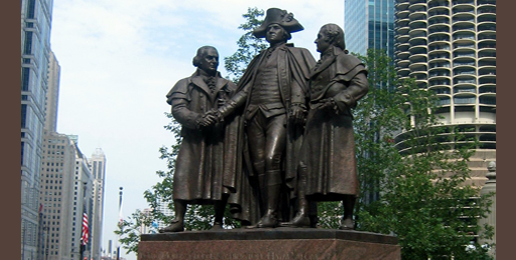 George Soros Gets It: When Will More Wealthy Conservatives?
Written By John Biver   |   11.09.17
PRINT

Here was the headline: “Soros Shifts $18 Billion To Foundation He Uses To Fund Left.” That is not a typo. $18 billion with a B. This guy is serious about seeing Leftism advanced. The facts about that “shift” of dollars are presented by Aly Nielsen at NewsBusters.org.

By now, most people who follow politics are aware of George Soros and his generous funding of radical Leftist issues and organizations around the world.

Here are the opening paragraphs of Nielsen’s article:

Left-wing financier George Soros just nearly tripled the size of his foundation by adding an additional $18 billion in assets. The foundation has funded liberal activism on immigration, abortion, journalism and a myriad of other issues. Its soon-to-be president was also formerly a DNC executive director.

Soros transferred the billions to Open Society Foundations (OSF) from his hedge fund, Soros Fund Management, The Wall Street Journal reported on Oct. 17, 2017. The transfer increased OSF’ assets from $7.3 billion (according to Foundation Directory) to $25.3 billion.

Here are a few details from the article put into bullet points:

There are a lot more colorful details in the article, but my focus is the money:

By transferring $18 billion to OSF, Soros has signaled he intends this left-wing agenda to remain well-funded long after his death.

At American Thinker, Rick Moran wrote about this news item as well: “Soros transfers most of his wealth to Open Society Foundations.”

Two sentences from the article: “The foundation said it is the second-largest in the world after the Bill and Melinda Gates Foundation.” “The Wall Street Journal estimates Soros’s net worth at $23 billion.”

Note this good point as well: “Suffice it to say, infusing his foundation with that much cash will free up other resources for partisan campaign donations.”

Soros isn’t the only big money person funding Leftist causes, of course, but he’s the biggest dog. Another big dog is Tom Steyer (read more about him here). Steyer is worth an entirely separate article since he is funding an effort to impeach President Trump. Tech magnates have also made headlines over the past few years as they have written enormous checks to left-wing causes. J.B. Pritzker, another Leftist billionaire, is running for governor in Illinois.

The Lefty titans get it — everything in politics costs money. If you want your political agenda to succeed, it requires money money money.

There are a few good examples on the political right where conservative donors are adding more zeros to the checks they write. But many more of our big dogs need to realize that funding a building with their name on it at their alma mater is not going to save the country from the Leftist agenda.

The only way conservatives save the country is if we have the money to fight. The large PACs and the large think tanks are adequately funded, but the best fighters are many of the small, underfunded groups. I’ll name just two here — the Illinois Family Institute and Illinois Family Action (there are many more here and around the country).

Often the smaller organizations are more aggressive and less concerned with being politically correct. Their effectiveness would greatly increase with more funds to hire more staff to oversee more campaigns and events to reach more people. The decades-old think tanks are happy to operate the same as they always have while expecting a different result.

A few years ago I wrote (and rewrote) a series of articles on this topic — it starts with this one. In one, I included this story:

In August of 1781, our Southern forces had trapped Lieutenant General Charles Cornwallis in the little Virginia coastal town of Yorktown. George Washington and the main army and the Count de Rochambeau with his French army decided to march from the Hudson Highlands to Yorktown and deliver the final blow. But Washington’s war chest was completely empty, as was that of Congress. Washington determined that he needed at least $20,000 to finance the campaign.

When Morris told him there were no funds and no credit available, Washington gave him a simple but eloquent order: “Send for Haym Salomon”. Haym again came through, and the $20.000 was raised. Washington conducted the Yorktown campaign, which proved to be the final battle of the Revolution, thanks to Haym Salomon.

“Send for Haym Salomon.” Even the Father of his country needed funding — and he knew where to turn.

Here is an invitation to those conservatives who can write checks to fund a much-needed communications revolution from sea to shining sea. Wealthy donors need to start exercising a little critical thinking, and stop supporting organizations that don’t have a vision and start funding those that do such as IFI and IFA.