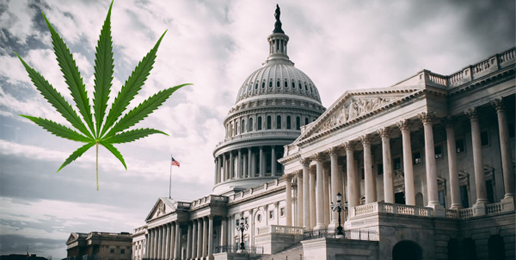 The looming threat of a Republican-led U.S. has sparked a movement among U.S. Senators from both sides of the aisle. Pro-pot federal lawmakers are currently pushing to get two pieces of cannabis banking legislation passed before year-end: the SAFE act and the HOPE act.

Don’t be fooled—this legislation isn’t providing safety or hope to anyone.

A bipartisan coalition, which includes U.S. Senate Banking Chairman Sherrod Brown (D-OH), U.S. Senators Steve Daines (R-MT) and Jeff Merkley (D-OR) met with Majority Leader Chuck Schumer (D-NY) last week to discuss passing the SAFE Banking Act (S. 910) during the lame-duck session. The SAFE Act, which would make it easier for cannabis businesses to take out business loans and open bank accounts, has already bounced around in the house a good bit, but has stagnated in the U.S. Senate, unable to satisfy either conservatives or progressives.

The bill, however, may pick up steam, and seems likely to pass. Progressives have opposed the bill, calling the bill hypocritical: they are unwilling to support a bill that would benefit weed businesses while many people are still imprisoned for marijuana-related offenses. Apparently this blatant moral posturing has been compelling, as some Republicans have voiced their support of a companion bill, the HOPE Act.

The HOPE Act (H.R. 6129), introduced by U.S. Representatives David Joyce (R-OH) and Alexandria Ocasio-Cortez (D-NY), is an expungement bill. The bill offers federal grants to states to offset the administrative and financial burden of expunging cannabis offenses from criminals’ records. These bills come on the heels of a bill proposing the expansion of medical marijuana research, passed in the Senate by unanimous consent just last Wednesday.

It remains to be seen whether the HOPE Act is still a bridge too far for many Republicans (or their constituencies, at least). The SAFE Act does, however, appear to have significant Republican support, though many Democrats are opposed to it, believing that the bill doesn’t go far enough.

We’re all accustomed to this sort of thing from progressive legislators. Their only guiding principle seems to be the introduction of vice into society—weed bills like the SAFE Act and the HOPE Act are what we’ve come to expect from left-wing “Progressives.” However, we really ought to start questioning what the so-called conservatives representing us are really conserving. Since when is it a conservative value to promote business loans to cannabis shops? Since when is it a conservative value to undermine justice by expunging criminal records willy-nilly? And appeals to the virtues of free-market economics aren’t helpful here. Free markets in the promotion of public vice are hardly commendable.

H.L. Mencken said somewhere that electing upstanding citizens to government office is like staffing the brothels with virgins. This plays out before our very eyes time and again: our “conservatives” are elected on the basis of promises to promote family values, fight for law and order, and defend Constitutional rights. And time and again they inevitably are caught up in the promotion of legislation and causes fundamentally opposed to their pretended conservatism.

Of course, this is nothing new—politicians have been disappointing their constituents for as long as there have been governments. God even tells us that it is the nature of political officers to disappoint their people (1 Sam. 8:10-22). Fine, and c’est la vie. But let’s stop pretending that the “conservatives” in our government are actually conserving anything valuable. They’re just as caught up in the game as the progressives and are more than happy to promote vice as long as they think it will get them reelected.

Take ACTION: Click HERE to let your federal lawmakers that you do not want to help the drug cartels with their marijuana sales and businesses. As for the HOPE act, there is a process for expunging federal criminal records which should include the entire criminal record and history. As we know from a Cook County prosecutor, it takes criminal persistence to wind up in prison for violating marijuana laws, saying it “almost always takes at least five arrests for cannabis violations before jail or prison time is considered. 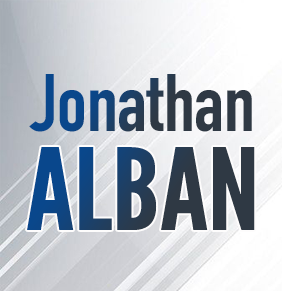 Jonathan Alban
Jonathan and his two siblings grew up in the Chicago suburbs, and were homeschooled through high school. Jonathan then attended the Cleveland Institute of Music for two years, pursuing a B.M. in Timpani and Percussion Performance. He is now at New Saint Andrew’s college pursuing a B.A. in Liberal Arts and Culture....
Full bio and more from Jonathan Alban
Related Articles