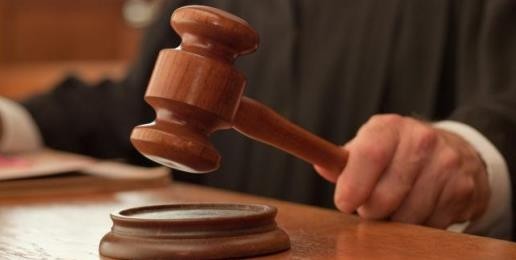 Many of us have wondered how long it would be before a prominent official proclaimed that rogue federal judges, like the proverbial emperor, have no clothes and thus no authority to make up laws.

That’s what Alabama Chief Justice Roy Moore did this past week in a letter to Alabama Governor Robert Bentley, in which he began by asserting that “the recent ruling of Judge Callie Granade … has raised serious, legitimate concerns about the propriety of federal court jurisdiction over the Alabama Sanctity of Marriage Amendment.”

In 2006, Alabama voters approved the marriage measure by 81 percent to 19 percent. On January 23, Judge Granade, a George W. Bush appointee at the U.S. District Court for the Southern District of Alabama, became the latest federal judge to join the lemming brigade and leap off the Cliffs of Insanity to find a previously unknown constitutional “right” to marriages lacking a bride or a groom.

She ruled that Alabama’s clear and timeless definition violated the 14thAmendment’s guarantee of equal protection and due process. Then she issued a two-week stay of her ruling, perhaps so that Alabamans can ponder their loss of meaningful citizenship in a self-governing republic.

When the 14th Amendment was ratified on July 9, 1868 to afford the nation’s freed slaves the protection of the law found in the Fifth Amendment, one can only imagine a typical discussion on the assembly floor of various statehouses, including Alabama’s:

“Tell me again why Rhett can’t marry Barney? I know that’s where the Founders were really going when they ratified the Bill of Rights in 1791. I say, it was quite clever of them to foresee using freed slaves someday as a pretext.”

In his letter, Judge Moore reminded the governor that, “As you know, nothing in the United States Constitution grants the federal government the authority to redefine the institution of marriage.”

After citing Alabama’s Constitution and court cases, Judge Moore quoted from the U.S. Supreme Court ruling in Murphy v. Ramsey (1885) that required Utah to prohibit legalized polygamy in order to join the union. He wrote:

“Even the United States Supreme Court has repeatedly recognized that the basic foundation of marriage and family upon which our Country rests is ‘the union for life of one man and one woman in the holy estate of matrimony; the sure foundation of all that is stable and noble in our civilization; the best guaranty of that reverent morality which is the source of all beneficent progress in social and political improvement.’”

Noting that “44 federal courts have imposed by judicial fiat same-sex marriages in 21 states of the Union, overturning the express will of the people in those states,” Moore went on to praise the Alabama Probate Judges Association, “which has advised probate judges to follow Alabama law in refusing to license marriages between two members of the same sex.”

Judge Moore knows a little about bucking the system. In 1995, the American Civil Liberties Union (ACLU) sued to remove a wooden Ten Commandments plaque that he kept on his courtroom wall. They lost. In 2001, as Alabama’s Chief Justice, he had a large Ten Commandments monument installed in the Alabama Judicial Building in Montgomery. After he refused to enforce an order by a federal judge to remove the monument, he himself was removed from office in November 2003 by the Alabama Court of the Judiciary. He unsuccessfully ran for governor in 2006 and 2010, but was re-elected as Alabama Chief Justice in 2012.

If only for the purpose of confounding the media, which love to portray Alabama and the rest of the South as a hotbed of drooling, racist homophobes out of the film Deliverance, it would have been nice to see this kind of forthright courage coming out of a northern or western state.

After all, scenes of Birmingham Commissioner of Public Safety Bull Connor’s men using fire hoses and nightsticks on peaceful demonstrators back in 1963 are as vivid as the latest civil rights documentary. And the movie Selma is a fresh reminder of the epic struggle to overcome resistance to integration.

Judge Moore risks being equated with Bull Connor, because that’s part of the left’s game plan of intimidation. But he’s a principled jurist who swore an oath to defend the Constitution, not to genuflect to lawless federal judges who are raining legal havoc on the nation. For all the moral-laden language they use, these emperors without clothes are hell-bent on casting aside the moral restraints that allow society to flourish.

Speaking of restraints, is anyone in authority going to suggest that Associate Supreme Court Justices Ruth Bader Ginsburg and Elena Kagan, both of whom have actually officiated at same-sex ceremonies, recuse themselves from the monumental marriage case that the Court will hear this spring?

They’ve abandoned any pretext of objectivity and are practically daring someone to call them on it.

Letter Exposes Bigoted, Anti-Liberty and Anti-Life Attitudes of Leftists
b
a
x
r