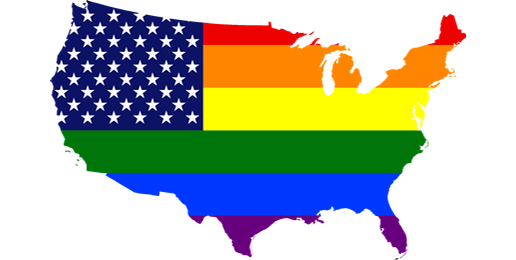 Earlier this month, President Barack Obama issued a Presidential “proclamation” asserting that by his authority, the month of June will be celebrated as “Lesbian, Gay, Bisexual, and Transgender Pride Month”.

It’s a curious thing, really, to have a whole month officially devoted to feeling pride for traits which represent “who you are”, as the proclamation puts it. Perhaps by this same logic someone should convince the President to proclaim a month of pride for being white, or male, or heterosexual, or human, or perhaps being left-handed, big-footed, or diabetic. Or how about a month of pride for being a secretary, a doctor, a janitor, or a pilot? All of these seem at least as worthy of feelings of pride for those who identify as such.

And for that matter, this Presidential tribute to certain sexual proclivities seems to raise an obvious question: What about the other 31 gender types that are already being lawfully recognized in places like New York City? Why has the President excluded those? Are there simply not enough months in the year? This sort of passive inequality should outrage us all! Though, to his credit, the president did acknowledge that “There remains much work to do to extend the promise of our country to every American.” So it seems.

Then again, I’m not sure how or why the government ever got into the “pride” business to begin with. By my understanding of the law, it seems that inner feelings of pride and love are reserved to the People rather than the government – and certainly not the federal government. (See: 9th Amendment to the U.S. Constitution)

In the law, there is a procedural tactic known as a motion to dismiss for lack of standing. It’s essentially where one party says to the judge: “Regardless of whether my opponent is right or wrong on the substance of his case, he loses because he doesn’t even have a right to be here.”

Excepting the fact that Obama’s proclamation carries no weight at all, I’d like to make a motion that it be totally dismissed for lack of standing. Without even having to address the complete incoherence of the President’s statements, he loses because he has no right to declare what the American people ought or ought not to be proud of.

Mr. President: Respectfully, if you would spend less time trying to “fundamentally change America” through endless edicts, guidance letters, and proclamations, and more time reading the U.S. Constitution you swore to “preserve, protect, and defend” (especially the 9th and 10th Amendments), I can all but guarantee that you would cause America to develop a greater and more authentic “pride” than any that you would otherwise impose upon us through hollow or lawless means.

Now go give us something to really be proud of.

Was Biden’s Inaugural Address the Best Ever?
b
a
x
r