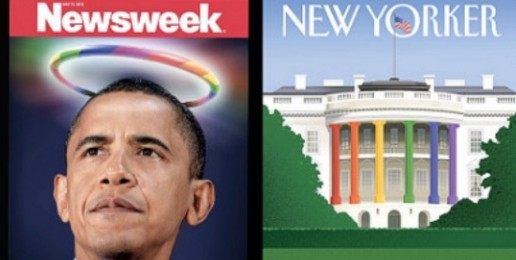 Although Obama campaigned on fixing the VA, he has made more efforts to pacify the desires of homosexuals than he has in providing for the needs of veterans.

A 2007 campaign press release illuminates both Obama’s dishonesty and his remarkable incompetence:

After seven years of an [Bush] Administration that has stretched our military to the breaking point, ignored deplorable conditions at some VA hospitals, and neglected the planning and preparation necessary to care for our returning heroes, America’s veterans deserve a President who will fight for them not just when it’s easy or convenient, but every hour of every day for the next four years.

If today’s VA hospitals are evidence of what Obama is able to accomplish when he fights for something every hour of every day for four years, Lord, help us.

Here’s an excerpt from a 2007 campaign speech in which Obama not only illuminates his incompetence but unwittingly admits to the true future of the health care he has imposed on all of America:

[W]e know that the sacred trust cannot expire when the uniform comes off. When we fail to keep faith with our veterans, the bond between our nation and our nation’s heroes becomes frayed. When a veteran is denied care, we are all dishonored. It’s not enough to lay a wreath on Memorial Day, or to pay tribute to our veterans in speeches. A proud and grateful nation owes more than ceremonial gestures and kind words.

Caring for those who serve—and for their families—is a fundamental responsibility of the Commander-in-Chief….and it is something I will fight for as President of the United States.

The VA will also be at the cutting edge of my plan for universal health care, with better preventive care, more research and specialty treatment, and more Vet Centers….

I will revamp an overburdened benefits system. The VFW has done a remarkable job helping more than 120,000 veterans a year navigate the broken VBA bureaucracy, but you shouldn’t have to do it alone. I will hire additional workers, and create an electronic system that is fully linked up to military records and the VA’s health network.

One of the most admired principles of the U.S. military is that no one gets left behind. Yet too often America does not keep faith with this principle

Contrast Obama’s miserable failure to address the needs of veterans with his vigorous efforts to satiate the desires of homosexuals. Here are just a few of his many efforts to revamp the moral structure of America and the world:

It would appear from this exhausting but non-exhaustive list that Obama has spent far more hours over the last four years fighting for the normalization of sexual deviance than he has fighting for the needs of our veterans who were willing to risk everything for our liberty.