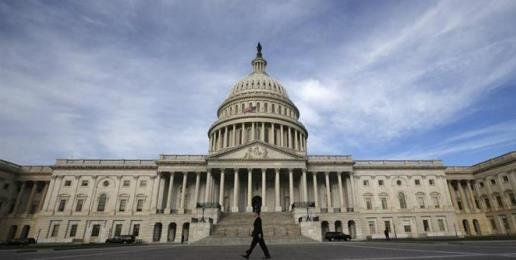 Dreams of an America with Only One Worldview
Written By Robert Knight   |   05.08.14
PRINT

It’s hard to think of a more dangerous threat to First Amendment freedoms than the Federal Communications Commission’s (FCC) scheme a few months ago to station government “researchers” in newsrooms.

It had all the makings of a 1984-style intimidation of journalists, and it was allegedly abandoned shortly after a public outcry.

I say “allegedly” because our betters never give up their quest to dictate to us what is allowable speech. They wait until they think we’re not paying attention, and try again. A couple of years ago, they floated, but abandoned, the old Fairness Doctrine, which throttled talk radio before the FCC under President Reagan rescinded it in 1987.

In recent days, an even more hare-brained plan has arisen, courtesy of Massachusetts Democratic U.S. Sen. Ed Markey and Democratic New York U.S. Rep. Hakeem Jeffries. They’re sponsoring a bill to have federal researchers comb through broadcast radio and television, cable and public access television, “commercial mobile services and other electronic media” – and get this – the Internet – for any communications that may have prompted violent acts and “hate crimes.”

Given that our ruling elites insist that merely stating that marriage necessarily involves a man and a woman is evidence of “hate,” this is scary stuff.

The bill’s language assures that the eventual report on all this data will include recommendations “consistent with the First Amendment.”

Remember, this crowd thinks the Constitution is a “living document” constructed primarily of judicial silly putty.

The good news is that “The Hate Crime Reporting Act of 2014,” introduced in early April, is not going anywhere in the current Congress – we hope.

Even liberal commentator Alan Colmes has raked it over the coals. Noting that Markey and Jeffries tied their companion bills to the deadly shootings on April 13 at a Jewish Center in Kansas, Colmes writes, “no matter how many heinous crimes are committed by deplorable white supremacists, it’s inane to make the case that it’s because [of] something someone said on the radio.”

Besides, there’s more than enough left-wing censorship in the media without the government getting into the act. The Los Angeles Times’ letter editor, for instance, announced last October that he would no longer run letters from people who deny the existence of man-made climate change. As with the 1970s prediction of a coming ice age, the science is apparently settled. Well, okay. At least the Times is out and proud with its suppression of skeptics. Thanks for the warning.

Over on Facebook, the censors are hard at work, removing postings that offend liberal sensibilities. This is not to be confused with Mozilla Firefox’s recent forced resignation of CEO Brendan Eich for donating $1,000 six years ago to a campaign for California’s Proposition 8 marriage amendment.

Mr. Bush had said that “many” illegal immigrants came here “because they had no other means to work to be able to provide for their family. Yes, they broke the law, but it’s not a felony. It’s an act of love.”

Using as a platform the news about armed federal agents seizing the cattle of Nevada rancher Cliven Bundy (who has since gotten into scalding hot water over his beyond-insensitive racial remarks), Mr. Starnes wrote:

“Rancher Bundy should’ve told the feds that those were Mexican cows—who came across the border illegally to seek better grazing opportunities. It was an act of love.”

Well, they didn’t find this amusing in the Facebook guard tower, where they donned their Ministry of Truth helmets and pushed buttons. Presto, the posting was gone, along with thousands of comments. In a column published on the Christian website CharismaNews.com, Mr. Starnes relates what next transpired:

Mr. Starnes continues: “I reached out to Facebook to find out which part of the message violated their standards. Never heard back. I suspect I should’ve used the term illegal alien cows.

“It’s not the first time my postings have been bleeped by the Facebook Purge Police….I’ve been banished, blocked and censored for writing about Chick-fil-A, God, the Bible, Paula Deen, Cracker Barrel rocking chairs, sweet tea, Jesus, the Gaither Vocal Band, the Gideons, the National Rifle Association and June bugs.”

It’s not possible in one column to chronicle all the ways the political Left is suppressing dissent to turn America into a socialist paradise. They want it to be a place where capitalism is a memory, the U.S. is the military equivalent of Tunisia, everyone is subsistent on the government, three people of any sex can marry, guns are confiscated, Christianity is effectively silenced, Tea Party membership is actionable, and illegal immigrants vote early and often.

It’s up to the rest of us to do what we can to make sure their dream doesn’t become our nightmare. 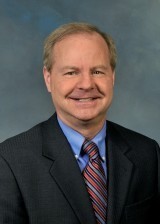 Morality Is Indispensable for Liberty