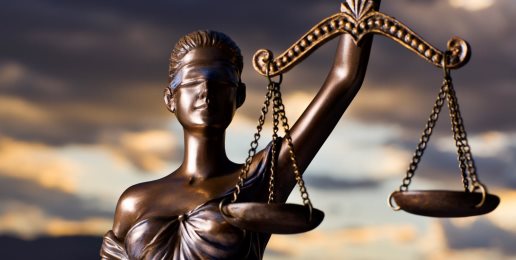 Morality Is Indispensable for Liberty
09.27.16
PRINT

Those stodgy Founding Fathers! Not only did they study hard, work harder, and marry one woman for life, they also insisted on – get this – morality. As in obeying the Ten Commandments, the Golden Rule, and the basic moral teachings of the Bible in general. So strongly did they venerate morality that they frequently observed its unbreakable link with liberty. They believed that moral people alone remain politically free.

John Adams, for example, claimed, “Our constitution was made only for a moral and religious people. It is wholly inadequate to the government of any other.”

Singing the same song was Charles Carroll, one of the Declaration’s signers:  “Without morals a republic cannot subsist any length of time…”

And George Washington considered morality so necessary to freedom that he spoke at length of their connection in the Farewell Address that capped his career: “Of all the dispositions and habits which lead to political prosperity, religion and morality are indispensable supports. In vain would that man claim the tribute of patriotism, who should labor to subvert these great pillars of human happiness, these firmest props of the duties of men and citizens. … And let us with caution indulge the supposition that morality can be maintained without religion.”

Clearly, the generation that overthrew the world’s most powerful – and corrupt – empire to establish a new, freer country considered Biblical morality essential to their endeavor. But why? Exactly how do strong ethics enhance liberty?

Washington mentioned one obvious reason in his Farewell: “Where is the security for property, for reputation, for life, if the sense of religious obligation desert the oaths, which are the instruments of investigation in Courts of Justice?” By extension, those in elected or appointed positions might not respect their oaths of office, either.

If these were the only times morality protected freedom, we might dismiss the Founders’ veneration of the former as overblown. After all, few of us will find ourselves in either political office or court … wait. I forgot that every American commits three felonies per day.

But even with the police-state criminalizing most of our behavior, lying under oath isn’t nearly as widespread as another sin that enslaves formerly free people. By far the worst threat to liberty springs from the reflexive thievery, a.k.a. socialism, permeating modern culture and politics.

The idea that my property belongs to me alone has become as quaint as “Thou shalt not steal.”That admirer of America, Alexis de Tocqueville, shrewdly analyzed socialism in his classic rebuke of it in 1848: along with “an incessant, vigorous and extreme appeal to the material passions of man” (i.e., greed) and “a profound opposition to personal liberty and scorn for individual reason, a complete contempt for the individual,” socialism is “always … an attack, either direct or indirect, on the principle of private property.”

Americans today have so completely converted to socialism that mighty few folks even recognize, let alone condemn, that “attack … on the principle of private property.” Rather, they reason, “I need or want it, and you have it, so you must give it to me.” The idea that my property belongs to me alone, and that no one else has any right to swipe even a penny of it, to restrict my use of it, or to dictate how I employ it has become as quaint as “Thou shalt not steal.”

In fact, Americans have redefined “steal.” It now means, “Acquiring property from another person yourself rather than waiting for government to acquire it on your behalf.” So long as the recipient doesn’t wind up in jail, he will eagerly accept anything politicians “redistribute” to him from his family and friends.

Even folks who would never dream of robbing a man at gunpoint of a third of his income, good Christians who attend church and read their Bibles, see nothing wrong with plundering their neighbors via government. Especially when they favor the loot’s alleged recipients (soup kitchens and other “faith-based” programs, foreign aid to Israel, etc). Few worry any longer whether an act is moral; instead, they assume that if it’s legal, it must be OK.

The predatory and “graduated” tax code that allegedly takes “from each according to his ability” to finance Obamacare, food stamps, Section 8 housing, unemployment, Social Security, etc., is obvious socialism. But many, far more insidious instances abound. And in all of them, American morality is not only dead but so deeply buried that these examples disturb hardly any consciences.

Since World War II, New York City has compelled landlords to subsidize tenants’ rent through its execrable rent-control laws. This legislation decrees how much rent landlords may charge, the amount – if any – by which they may annually raise it (despite whatever increases in real-estate taxes or in the cost of water and sewage the City has imposed that year), and how long the tenant may inhabit his apartment—even if the building’s owner prefers another renter or wishes to sell or renovate his property. This corruption pits landlords against tenants so thoroughly that occasionally the former plots to murder the latter in the hope of regaining his rights. And though rent-control authorizes tenants to cheat landlords, it bites the swindlers, too, by ensuring that New York’s supply of housing remains dilapidated, scarce, and stunningly expensive.

Once accustomed to living off their landlords – or the taxpayers, via Social Security, Medicare, Aid to Families with Dependent Children, etc., ad nauseam – voters elect socialists to continue their gravy train. They happily sell our liberty for lower rent and free food. Shameless in their thievery, they prove the Founders’ maxim that only a moral people remains free.

Becky Akers is a free-lance writer and historian who has published two novels of the American Revolution, Halestorm and Abducting Arnold.

This article was originally posted at FEE.org

Dreams of an America with Only One Worldview