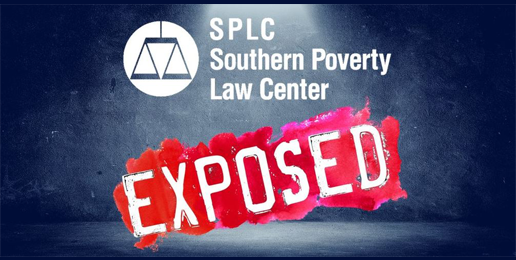 The Illinois Family Institute has been covering the scandal surrounding the Southern Poverty Law Center for years, and now IFI has joined forces with the leaders of over three dozen conservative organizations from coast to coast to raise awareness about the true nature of the SPLC.

Here is the opening of a letter signed by leaders of those conservative organizations:

Dear Members of the Media:

We are writing to you as individuals or as representatives of organizations who are deeply troubled by several recent examples of the media’s use of data from the Southern Poverty Law Center (SPLC). The SPLC is a discredited, left-wing, political activist organization that seeks to silence its political opponents with a “hate group” label of its own invention and application that is not only false and defamatory, but that also endangers the lives of those targeted with it.

The Illinois Family Institute’s David E. Smith was one of the letter’s signatories. Smith was joined by leaders of groups such as the Media Research Center, the Family Research Council, the Heritage Foundation, and Liberty Counsel.

The SPLC is an attack dog of the political left. Having evolved from laudable origins battling the Klan in the 1970’s, the SPLC has realized the profitability of defamation, churning out fundraising letters, and publishing “hit pieces” on conservatives to promote its agenda and pad its substantial endowment (of $319 million). Anyone who opposes them, including many Protestants, Catholics, Jews, Muslims, and traditional conservatives is slandered and slapped with the “extremist” label or even worse, their “hate group” designation. At one point, the SPLC even added Dr. Ben Carson to its “extremist” list because of his biblical views (and only took him off the list after public outcry).

To associate public interest law firms and think tanks with neo-Nazis and the KKK is unconscionable, and represents the height of irresponsible journalism. All reputable news organizations should immediately stop using the SPLC’s descriptions of individuals and organizations based on its obvious political prejudices.

The letter has been released to the media, and is currently circulating to CNN, MSNBC, AP, ABC and others.

A hard-hitting social media post from the Family Research Council opens with this:

The Southern Poverty Law Center was too intolerant for the U.S. Army, too controversial for the FBI, and too inflammatory for the Obama Justice Department. Now, after receiving harsh criticism from conservatives across the country, GuideStar has decided to temporarily remove SPLC’s hate labels from their website. In addition to these prominent entities distancing themselves from the extremist group, two lawsuits involving SPLC are now in place: one from Liberty Counsel and one from former Islamic extremist turned anti-extremist activist, Maajid Nawaz. But despite SPLC’s baggage — which also includes connections to two liberal gunmen – they continue to be cited as a credible source by mainstream media and others. With SPLC in the spotlight, we must expose this organization for what it really is – a leftwing smear group who has become exactly what they set out to fight, spreading hate and putting targets on people’s backs.

The social media campaign is up and running, and IFI supporters are encouraged to help spread the word.

Here are other articles of note about the letter:

PJMedia was right behind with their own story: 47 Nonprofit Leaders Denounce the Southern Poverty Law Center’s ‘Hate List’ in Open Letter to the Media

Please share through all your channels — this effort needs to be recognized by as many outlets as possible. Also, please share new content as it comes out today. Here are some of FRC’s tweets with links to stories today:

All news outlets should immediately stop using SPLC’s descriptions of individuals/orgs based on its obvious prejudices. #SPLCexposed pic.twitter.com/I0BRpDm6kW

To associate public interest law firms and think tanks with neo-Nazis and the KKK is unconscionable. https://t.co/pFikHv7vV0 #SPLCexposed pic.twitter.com/H2b0bBuu0r

The Uses and Abuses of Hate
b
a
x
r