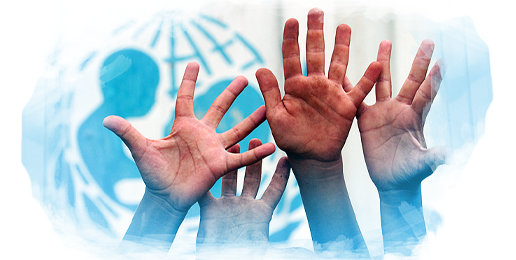 Battle for the Children: The Parental Rights Amendment Versus the United Nations
Written By Timothy J. Dailey   |   02.01.19
PRINT

The U.S. Supreme Court of the United States has consistently upheld the right of parents to direct the upbringing of their children within the guarantee of liberty found in the U.S. Constitution. A subversive movement emanating from the United Nations, however, is seeking to undermine parental authority by, in effect, making children wards of the State. Under the guise of protecting children, globalists are pushing a draconian agenda known as the United Nations Convention on the Rights of the Child (UNCRC), which if ratified will overrule the authority of parents to act in the best interests of their children.

Standing between American families and the all-consuming power of the State is the Parental Rights Amendment to the United States constitution. This constitutional amendment will protect parents and their offspring from an overreaching bureaucracy that promotes unbiblical practices that harm children and also punishes households that seek to maintain Christian values.

Only two countries, the United States and Somalia, have not approved the UNCRC. According to Article VI of the United States Constitution, all treaties entered into by America “shall be the supreme Law of the Land.” Ratification of the UNCRC would, therefore, limit American sovereignty and supersede all federal or state laws. But the endorsement of any treaty requires a two-thirds majority vote in the Senate to pass, which the Senate has thus far failed to achieve.

At first glance the UNCRC sounds both appropriate and needed. After all, few would disagree that children should have human rights as well as adults. But, as they say, the devil is in the details, and the UNCRC truly emanates from the Pit. It would sweep aside all restrictions on abortion and contraception under the rubric of providing “health care services” to children–without the consent of their parents.

Relegating the instruction of moral and religious beliefs to a host of questionable sources will have predictably  deleterious consequences. The United Kingdom is a prime example of what happens when the State becomes the instructor of ethics. A government-issued pamphlet entitled “Talking to Your Teenager about Sex and Relationships” advises children to choose their own morals regarding sexuality and instructs parents to keep silent lest they discourage their children from exploring any and all views on sexuality and relationships.

The World Policy Analysis Center at UCLA’s Fielding School of Public Health noted a number of areas of progress regarding children’s rights since the introduction of the UNCRC. However, the Center also noted that “Global challenges still remain in the area of child marriage.” Despite all the rhetoric about “children’s rights,” the proponents of the UNCRC still cannot face up to the massive inconsistencies of their position.  If they are fighting for “children’s rights,” should that not include the right to marry?

Far from evincing concern about this worldwide scourge, the UNCRC apparently approves of the “right” of children to be forcibly married at young ages.  Michael P. Farris, is a constitutional lawyer and president of ParentalRights.org, an organization that has been campaigning against U.S. ratification of “dangerous U.N conventions that “threaten parental rights” such as the UNCRC.   Farris notes:

The Washington Post predictably rails against Farris and ParentalRights.org, claiming:

The group fears that ratifying the treaty would mean children could choose their own religion, that children would have a legally enforceable right to leisure, that nations would have to spend more on children’s welfare than national defense, and that a child’s ‘right to be heard’ could trigger a governmental review of any decision a parent made that a child didn’t like.

The Post is apparently oblivious to the fact that children have few if any of these “rights” in the vast majority of countries that so eagerly climbed aboard the bandwagon of the UNCRC. According to The Post,

The United States can learn from other member nations on how to reduce poverty, ensure women’s rights, improve education and educational access, and healthy living conditions, for starters.

Such facetious claims are the epitome of hypocrisy when hundreds of thousands of migrants from Central America have either arrived or are at this very moment making the arduous thousand-mile journey on foot to have the opportunity to cross the border and enjoy lavish government benefits that are unknown in much of the world.

The Migrant Policy Institute confirms that the United States is by far the preeminent destination country for migrants seeking a better life–with more than four times the number of immigrants seeking asylum than in the second-place country: Saudi Arabia. Accounts of the horrific abuse suffered by those who are forced out of necessity to work in the desert kingdom are well-known, but lie beyond the scope of this article.

Marriage before the age of 18 is a fundamental violation of human rights…. Child marriage often compromises a girl’s development by resulting in early pregnancy and social isolation, interrupting her schooling, limiting her opportunities for career and vocational advancement and placing her at increased risk of domestic violence. Child marriage also affects boys, but to a lesser degree than girls.

Hope is on the way: the Parental Rights Amendment to the United States constitution is gaining momentum.  Introduced this week by U.S. Representative Jim Banks (R-IN).  The Amendment already has fifteen cosponsors, six more than when it was introduced last year.

Take ACTION: Click HERE to send a message to your U.S. Congressional representative to urge him/her to become a cosponsor of the Parental Rights Amendment (H.J. Res. 36).  The Parental Rights Amendment will ensure that the next generation of children will be raised and guided by their loving parents, not by an impersonal government bureaucracy pushing an agenda inimical to the values of American families.