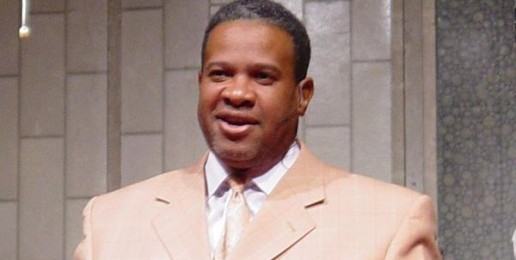 Written by by Bishop Darryl Husband

I must admit that I was reluctant to publicly share my perspective on President Barack Obama’s recent statement regarding same sex marriage because too often his presidency has caused separation within the ranks of African American leadership. And yet, what does an African American pastor do when his Africa American president makes a decision that eventually will destroy the foundation of not only the African American community, but the nation as a whole? Does that pastor take a risk that he will be misunderstood and labeled as an “Uncle Tom,” a Republican Party pawn, or someone “the white man has bought out?” If I do not take the risk, knowing that mentality in itself is as discriminatory as it gets, I become a co-conspirator in keeping us in bondage to our culture; suggesting that none of us is free to think or speak outside of what we are told.

I am neither a Republican, an “Uncle Tom” or bought out by anyone. I am simply accepting my responsibility as a citizen and a prophetic voice crying out in the wilderness of this generation. I decided that the risk is worth it. It is my responsibility as a pastor to speak to issues both popular and unpopular which affect the moral fiber of our society. I cannot be silent whether it comes from a Bush led, or an Obama led White House. My response must be the same. Tis true, the moral fiber of every generation is always challenged. However, challenges to our moral core must not be ignored. They must be met with bold correction or their seeds will suffocate us into chaos and extinction. If we begin to grow up a society that condones sexual behavior that cannot reproduce life, what other result can we expect? Our President is proof that politicians cannot set our moral agenda. Too often they are co-opted by the polls of an ever changing culture or influenced by the latest voting bloc that could get them over the edge in an election.

Decisions that affect our moral fiber should not ever be made based upon voting blocs. While we are indeed a democracy, we are like a family that’s supposed to have trained, skilled leadership, which makes decisions based upon what the outcomes of those decisions will be in our future. Ideally, families have parents that are given to lead them to a morally, ethically, fiscally healthy or responsible end. Every choice and intention should be based upon some foundational principles or truths for those expected results to come to manifestation. An attempt to satisfy “one” child at the expense of the rest, for the purpose of popularity, is parental immaturity and has destructive implications attached. It speaks strongly to that parent’s capability or incapability to lead.

While many of us have persons in our families whom we love dearly, that practice homosexuality, it is irresponsible for us to sanction it as a “norm” for family life. To make it a norm will eventually change the thinking of every new generation to fight the principles of the bible, the core beliefs that keep us from being totally unrestrained as a people. Standards of living are important. They give us balance. President Obama set a dangerous precedent from the highest office in the land with no spiritual counsel or future insight to the full ramification of his statement. Or did he? If he did, then we must deduce several things: 1) He has little to no regard for the church and many of its leaders; 2) He denies the foundational truth or at best misinterprets scriptures on what the Word of God says how a family is structured; 3) He seeks to weaken the voice of the once only, free voice in our society (The African American pastor). Down the road, not to marry same sex couples will eventual spell the end of funding that so many depend upon to do ministry and eventually may end in jail time for violation of rights or discrimination accusations. At the very least we will be spending unnecessary and needed monies in court to fight for principles we preach.

I am saddened as I write this, knowing many of our African American leaders will not take a bold stance, because we are still clouded in political and cultural power struggles, unable to see the future of our communities losing its one SURE foundation. The one place that has always been free to fight for everything the African American people have had was the church. If the church does not speak now, that voice will lose what is left of its waning authority.

No, I will not be silent and I challenge other leaders as well to let their voices be raised without thinking this attack is a personal, political party, homophobic or color issue. By NO means is it. This is a moral issue, period. We must sound the alarm, “Mr. President, rescind your remarks, revisit your views and hear the voice of the Lord. We need you to stand for what is right, not what appears to be popular.”