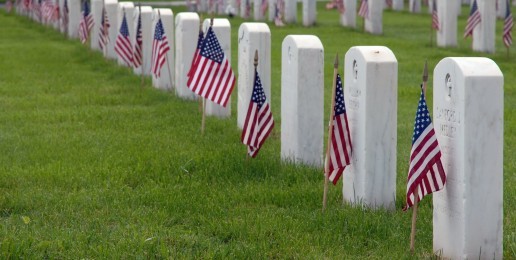 When was the last time you heard someone say, “It’s a free country, isn’t it?” To many, freedom is now looked upon as a commodity, rather than a privilege, that may be exchanged for security or pleasure as lightly as one might trade in a Ford for a Chevy. Emma Lazarus’ words “Give me your tired, your poor, your huddled masses yearning to breathe free. . . .” have struck a chord in American’s hearts for over a century, but changes in our culture and recent election results give evidence that freedom is not valued as highly as it once was, and in fact, may be rather unpopular. Do we not recall the Founder who noted that anyone who would trade freedom for security would end up with neither? I am afraid that many Americans do not realize the rarity of true freedom. In maybe 10,000 years of human history no other nation has enjoyed the freedoms and opportunities that we have had for the 230 years of our existence.

One may find examples in ancient Greece or Rome of select citizens enjoying significant liberties, but their numbers were few and their freedoms could have been easily lost. Under our Constitution, every one of us has enjoyed freedoms historically available only to the privileged or royalty. But, such freedom is risky, costly, and labor intense. It requires that we be responsible for ourselves in ways that indeed are frightening. But, eliminating risks eliminates greatness. Avoiding failure requires that we forfeit freedom. Total freedom can only be entrusted to responsible adults! For that reason the Founders emphasized the need for character, discipline, moral integrity, and religious education. Those who declare that Washington, Jefferson, Adams and others created a purely secular state simply lie or are ignorant. No free state can exist without intense personal discipline on the part of the citizenry. How can anyone be free who lacks self-discipline? It is self-evident that they cannot! Does not the term “self-governed” say it all? Such an expression more than implies that external government can and should be limited.

No, freedom is not for the indolent. It can never be maintained by cowards or crooks. Freedom is for those who envision a life where personal integrity and diligence allow an individual to use his gifts and talents as he sees fit for his own pleasure and the good of others. If we can’t “trust” someone, how can we “entrust” him with freedom? Freedom can only be maintained by those willing to pay the price, whether in blood, sweat, or loss of wealth. And, have we forgotten that freedom cannot exist where the government does for us what we ought to do for ourselves? Every time a government agency provides something for us it robs us of the freedom to choose how and when or even if that thing will be done. If the government provides you with a house, it will dictate the size and location of your house. If it provides health care, it will decide what and when you will receive treatment, or whether you will receive it at all. The less you provide for yourself, the more someone else will run your life. Looking at America’s political landscape today, it is getting more than a little scary.

Historically, if I wished to run a company, I would have to own 51% of its stock. But, the government takes control of something with a mere 2% subsidy. Are you aware that the President recently fired the CEO of an auto company, and has set pay scale for others; and have you wondered why the Federal Government has refused to allow many banks to pay back their loans in recent months? Just wondering…

Freedom is not for the faint of heart or those who would prefer to live out their days satisfying their desires for pleasure. But, I for one do fervently pray that historians will not one day write that while America’s greatest contribution to human history, freedom, was being eviscerated by its elected officials, the rest of us merely yawned and rolled over in our hammocks.