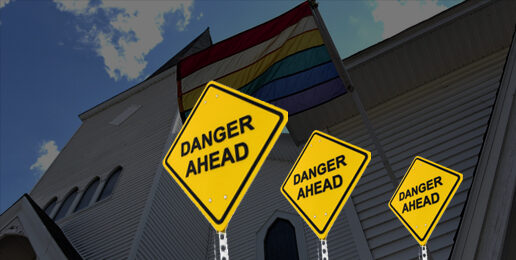 One of the most astonishing and disturbing trends in evangelicalism over the last few years is the significant number of leaders and organizations that have succumbed to the pressure of the “Woke” mob to join them in their attacks upon the so-called “White” culture and traditional Christianity.  Evidence of “Wokeness” in organizations such as the Gospel Coalition, the SBC, and others, is troubling. Dr. Voddie Baucham, in his powerful book, Fault Lines, highlights the dangers to the church inherent in such actions.

The errors in this are not difficult to discern!  The Leftists are not clandestine with their motives and objectives.  We have clarity, and it ought to disturb every Christian that groups and organizations formally known for the Gospel have been badly distracted.

Setting aside the Left’s criticisms of Christians and America for the moment, (which at times and in some ways may be correct), one need only look at their proffered solutions to recognize that they are not of the same spirit as the Church and despise the Gospel of Christ.   It is impossible to be at peace with organizations such as BLM, and the CRT “Woke” crowd and to also be at peace with Jesus Christ or to obey His command to “Preach the Gospel!”

One need only consider how the movement deals with their own members’ faux pas to understand that they know nothing of grace.  They are consumed by hatred, bent on destruction, and are filled with irreconcilable animosity.  They provide no pathway to peace.  If they decide you are the enemy, you are forever the enemy.  Mercy and forgiveness are unknown to them; but James states, “judgment is without mercy to the one who has shown no mercy, “ (James 2:13, NKJV).

Add to their lack of mercy the destruction they unleashed upon American cities following the death of George Floyd and it is clear that they are not people of good will.  BLM, Antifa, and other radicals did billions of dollars of damage to property in numerous cities and dozens were slain.  On the other hand, God calls His people to be “wise as serpents and harmless as doves;” and we are also commanded to “have no fellowship with the unfruitful works of darkness, but rather reprove them.”

How can harmony or cooperation exist between the Body of Christ and such wickedness?  How can anyone who knows and has experienced God’s grace and forgiveness desire to join hands with a movement which despises God’s goodness?  Have these leaders forgotten the admonition of Scripture which states that “friendship with the world is enmity with God?”  Christ noted tersely that those who denied Him He would deny before His Father.

What is especially troubling about these evangelical leaders climbing aboard the “Woke” wagon is that it is quite impossible for them to be unaware of the stark contrast between Scripture and “Wokeness.”  To this writer it recalls James’s blunt retort,

“…you adulterers and adulteresses!  Do you not know that friendship with world is enmity with God?” (James 4:4).

The message of the Gospel breaths God’s grace. From before the foundation of the world He provided that the very course of history would tell the story of His mercy and forgiveness.  For those who at one time hated Him and rejected His rule yet turned to Him in repentance and faith He offers not only forgiveness but full reconciliation and a close personal relationship!

Yet the “Woke” BLM, CRT crowd not only fails to offer a pathway to forgiveness and reconciliation they actively and publicly reject making such an offer.  Their way is that of total and abject surrender by and subjugation of all of those they deem to be offenders.

Students of church history will remember that in the early twentieth century unbelievers took control of many American Christian organizations, seminaries, colleges, and denominations.  They did so by taking advantage of Christians who lived by the love principle of First Corinthians thirteen, “believing the best” about others and giving them the benefit of the doubt.  Those unbelievers veiled their real objectives behind confusing rhetoric while actively rejecting and undermining historic Christian doctrines.

Christians must develop the strength of character to confront their leaders if they are bending to the pressures of a woke and wicked culture.  This is not the time for forbearance, but for “fighting the good fight!”  Those who declare that these things are part of the gospel are preaching a false gospel, and must be abandoned.

Will we see a repeat of that fiasco in the 21st Century?  We may if true believers do not respond biblically and soon.  For those of you who are paying attention, understand that the “Woke” movement is not about justice and peace.  And it is certainly not about the Gospel of Jesus Christ!

How completely antithetical to the mission of the Church!

Schools Becoming Unfit Places for Children
b
a
x
r