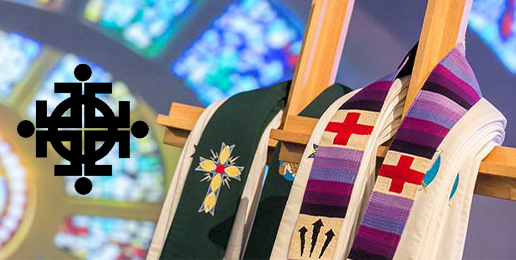 This is a story that illuminates the critical importance of sound church leadership informed by unequivocal, courageous commitment to biblical truth.

No Protestant denomination will be spared attacks on theological orthodoxy by apostates and heretics who view Scripture as a means to their pernicious ends of normalizing sexual sin. The attacks will come in fits and starts, and the victories for wolves in sheep’s clothing will be incremental. True Christ-followers need to be steeped in Scripture, led by pastors who know and boldly teach truth, discerning, and committed to suffering for Christ and his kingdom.

The recent Evangelical Covenant Church (ECC) annual meeting called the Gathering, at which delegates vote on leadership and doctrinal positions, serves as a sad example of what is going awry within Christendom.

IFI has a personal connection to the ECC Gathering—a connection that led to a deeply troubling revelation in the days preceding the late June event. Pastor Lance Davis, until recently an IFI board member, resigned on June 12, just nine days before the start of the ECC Gathering. In March, Davis had been nominated by the ECC Board of Ordered Ministry for the position of Executive Minister for Develop Leaders/Ordered Ministry. The vote for his nomination took place at the Gathering on Friday, June 22.

As mentioned, Davis resigned from the IFI Board on June 12, citing his desire to focus on the upcoming election, specifically emphasizing the critical importance of getting elected in order to retain the ECC’s theologically orthodox positions on matters related to homosexuality—positions that have been under sustained attack in the ECC for several years.

IFI learned that on June 19, the heretical ECC group called “Mission Friends for Inclusion” (MF4i), whose chief goal is to undermine theological orthodoxy on homosexuality, published a blog post that says this:

We did have some concerns about Rev. Davis’s history, including his involvement with the Illinois Family Institute (IFI), which has been categorized as an anti-LGBT hate group by the Southern Poverty Law Center for the last nine years. He told us that he was involved with them during the same-sex marriage legislative debate in Illinois years ago, but disassociated himself from them after they published an “egregious” and “mean-spirited” blog about some Covenant clergy. He noted that he was “deeply offended” and reached out and apologized to the clergy for this blog.

We also asked Rev. Davis about the involvement of Illinois Family Action (the legislative arm of IFI) at an event at his church in March 2016.

Rev. Davis ended his email with the following message,

“My church hosted a town hall meeting during the last presidential campaign in response to my community’s displeasure with Ted and Raphael Cruz’s dismissive stance regarding the plight of the African American and Hispanic communities. IFI, Freedoms Journal and other conservative organizations ‘invited’ themselves to the meeting. This was the beginning of the end of my relationship with IFI.”

To say we at IFI were shocked would be an understatement. Here are the factual errors in Davis’ response to the MF4i—errors which IFI shared with Pastor Mark Pattie, head of the nominating committee, two days before the election:

1.) While Davis said the beginning of the end of his affiliation with IFI was March of 2016 after the Rafael Cruz event at his church, Davis did not end his affiliation with IFI until June 12, 2018—one week before the MF4i blog post was published and over two years after Davis told MF4i that his affiliation had begun to end (whatever that means). He was an active board member who consistently indicated he supported our mission—including our positions on matters related to homosexuality.

2.) While Davis claimed Illinois Family Action (IFA)—our 501(c)4 sister organization—invited itself to a townhall meeting at his church, the truth is IFA organized the event.

3.) While Davis said the Cruz event organized by IFA was “in response to” his community’s “displeasure with Ted and Raphael Cruz’s dismissive stance regarding the plight of the African American and Hispanic communities,” it was, in fact, organized to support the candidacy of Ted Cruz.

4.) While Davis said he disassociated himself from IFI after I wrote an article critical of some ECC leaders in January 2018, the truth is he was an active board member until June 12, 2018 and had consulted with us a number of times in the two weeks before the election on matters related to it.

Moreover, he had generously complimented me on and thanked me for the article he described to MF4i as “egregious” and “mean-spirited.”

Finally, how could Davis disassociate himself from IFI in Jan. 2018 when, according to him, he had begun ending his affiliation almost two years earlier in March of 2016? Oh, what a tangled web….

During the Q & A with Davis prior to the vote at the Gathering, a pastor expressed his appreciation that Davis had ended his relationship with the Illinois Family Institute, which he referred to as a Southern Poverty Law Center-designated hate group. Davis—who sat on our board and asked for our help as recently as two weeks before this comment was made—spent not even 15 seconds to defend IFI against the false characterization. Following the Q & A, Davis was elected.

Once again, heretics within the ECC persisted in trying to change the ECC position on homosexuality, with Peter Hawkinson, pastor of Winnetka Covenant Church—about whom I have written—making yet another play for heresy. He’s nothing if not persistent in advocating for the enemy.

And then there was Mark Nilson, pastor of Salem Covenant Church in Worcester, Massachusetts, and until 2015 pastor of North Park Covenant Church in Chicago. Nilson, rather than appealing to Scripture in his comments, tugged on the unreliable heart strings of fallen people, telling them that one of his two sons affirms a homosexual identity and, therefore, Nilson can’t officiate at his wedding. Since Nilson can’t officiate at a faux-wedding between his son and another man, he refuses to officiate at a true wedding between his other son and a woman. That’ll teach the church a lesson it won’t soon forget.

At least as problematic is that Nilson’s wife Robin has a rainbow flag as her Facebook profile picture. A prior profile picture of hers was the symbol of the Human Rights Campaign—a deep-pocketed, homosexuality-affirming, anti-Christian hate group. It should be shocking to all ECC members and leaders that both a pastor and his wife who serve in this denomination that affirms theological orthodoxy on homosexuality publicly affirm heresy.

A denomination cannot rationally maintain both the position that God detests homosexual acts and relationships and that he approves of them. Former evangelical and current heretic David Gushee wrote this about the irreconcilable nature of those two theological positions:

I now believe that incommensurable differences in understanding the very meaning of the Gospel of Jesus Christ, the interpretation of the Bible, and the sources and methods of moral discernment, separate many of us from our former brethren…. I also believe that attempting to keep the dialogue going is mainly fruitless. The differences are unbridgeable.

And despite what ravenous wolves in sheep’s clothing say while they await their next tasty meal, unity never trumps truth.

Apology to PCA and Clarification About Heresy
b
a
x
r