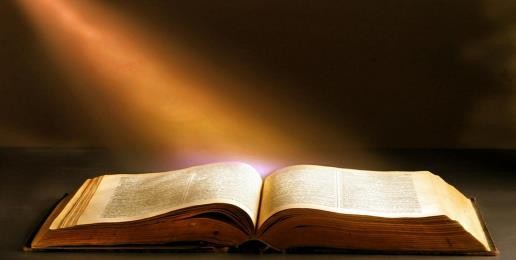 Apology to PCA and Clarification About Heresy
Written By Laurie Higgins   |   06.26.15
PRINT

I received two thoughtful messages in response to an article I wrote about heresies related to homosexuality making inroads into churches. The men who wrote were concerned that the list of denominations I included could be misinterpreted as suggesting that the Presbyterian Church in America (PCA) has adopted the unbiblical positions of the Presbyterian Church of the United States (PCUSA). Their concerns are justifiable, and I would like to offer both an apology and a clarification.

My intention was neither to criticize the PCA—a denomination which I deeply respect and appreciate—nor to mislead readers about the PCA’s positions on sexual morality and marriage. My goal was to warn readers that attacks on orthodoxy are coming to every denomination—including even the steadfastly orthodox.

I thought this statement made clear that I wasn’t accusing all the denominations mentioned of abandoning orthodoxy:

Evidently I was wrong about clarity, and I want to humbly apologize for my carelessness.

Both the PCA and the Southern Baptist Convention have responded properly to these challenges. The PCA’s challenge came from former PCA pastor Fred Harrell who several years ago rejected the PCA position on women’s ordination, foreshadowing perhaps his more recent theological mischief. Because the PCA steadfastly maintains its biblical view regarding women’s ordination, it allowed Pastor Harrell’s church to leave the PCA and affiliate with the liberal RCA. More recently, Harrell announced the decision of his church to permit homosexual practice within homosexual faux-marriages.

Another worrisome signal of potential challenges to PCA orthodoxy include the decision of a PCA-affiliated club to remain a Vanderbilt University-sanctioned student organization following the edict by Vanderbilt that no clubs may discriminate in membership or leadership based on “sexual orientation.” The vast majority of Christian ministries at Vanderbilt refused to sign the “anti-discrimination” agreement. The PCA-affiliated group was one of the two that did sign it.

Moreover, in the a September, 2014 issue of the PCA magazine, byFaith, Tim Geiger, executive director of Harvest USA, a ministry that works with “sexually broken people,” shared that “roughly 70 percent of young people in the PCA (under age 30) don’t have a biblical view of homosexuality.” Harvest’s founder and president John Freeman explained that “their sociology now interprets and defines their theology about homosexuality rather than the other way around.” This theological problem among so many millennials–and not just among PCA millennials–will necessarily result in challenges to orthodoxy.

The Evangelical Covenant Church seems to have a more troubling relationship with heresy. More than one pastor and at least one professor at North Park Theological Seminary embrace heresy on matters related to homosexuality, though many Covenant Church members have no knowledge of the division these leaders are fomenting.

Professor of Theology and Ethics at North Park College Seminary, Michelle Clifton-Soderstrom, advocates for the embrace of heresy in liberal Jim Wallis’ religion journal, Sojourners. Her articles are titled “In Over My Head: Freedom and LGBT Inclusion” and “In Over My Heart: Friendship and the LGBT Church.”

Clifton-Soderstrom’s ambiguous, oblique, heartstring-yanking rhetoric masks some deeply flawed arguments that are contributing to the dissension building within the Evangelical Covenant Church. This dissension remains concealed from many Covenant Church members but is evident at annual leadership conventions. There are now pastors who align theologically with Clifton-Soderstrom but are not sharing their revolutionary doctrinal evolution with their congregations.

Just two weeks ago, Clifton-Soderstrom spoke on “Faithful Dissent” at a conference sponsored by the pernicious Reformation Project founded by Matthew Vines, author of God and the Gay Christian. Here is the stated mission of the Reformation Project:

The Reformation Project exists to train Christians to support and affirm lesbian, gay, bisexual, and transgender (LGBT) people. Through building a deep grassroots movement, we strive to create an environment in which Christian leaders will have the freedom to take the next steps toward affirming and including LGBT people in all aspects of church life.

The keynote speaker was Dr. David Gushee, an Evangelical ethicist who created a teeny tiny splash last year after he fell into the rainbow-hued pool in which so many Americans are drowning. He had leaned leftward for so long, he could no longer hold himself upright. Kersplash he went.

Concerns about attacks on orthodoxy extend even to Evangelical bulwarks like Wheaton College (full disclosure, two of my children and their spouses graduated from Wheaton.) One Wheaton is a group of homosexual alumni and students who seek to undermine theological orthodoxy at Wheaton College. Yes, it’s a small group, but so too was the group of homosexual agitators who started the riots at Stonewall in 1969, and look at the harm they’ve wrought. A few foolish but impassioned subversives can grow in number and influence, leaving destruction and suffering in their wake.

Attacks on orthodoxy start in contexts that most church members rarely encounter or even hear about. The signs are first found at the fringes of culture or within our ivory towers. So, here are some tips to help you track the rise of heresy:

Again, my sincere apologies to faithful, courageous, and wise leaders and members of the PCA for any confusion or offense I caused.