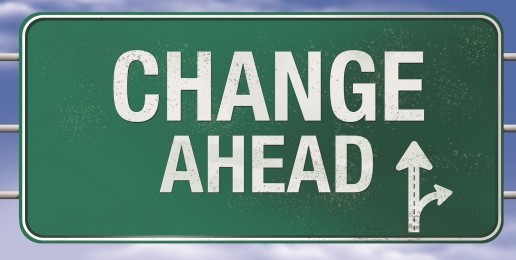 There is much hand-wringing over the violence and chaos of Chicago’s inner city neighborhoods and the fiscal crises facing the state, and we are led to believe that people really want solutions.  The evidence would say otherwise.  While those who cannot escape the situation might like change, our politicians clearly do not. Real solutions to the problems exist but are simply unpopular and unacceptable to those in power, so do not expect to see any change soon.

A second reality is that many of us have detached ourselves from truth.  Sadly, critical thinking and logic are lost arts.  There is a culture-wide phenomenon of “looking the truth in the eye and denying it.”  Stability, peace and prosperity do not exist by accident, and neither does chaos.  They are the consequence of specific choices we make.  So long as we reward corrupt politicians by electing and reelecting them to office we will see corrupt policies implemented.  As long as we support indolent people from the public coffers, diligence will be discouraged.

“Something for nothing” is not merely technically impossible (someone always pays), it is immoral and undermines the foundations of a prosperous economy, stable families and neighborhoods.  Providing for one’s self remains a virtue.  Intact, two-parent traditional families are the backbone of a peaceful, productive and stable community, but as long as we accept the “redefining” of the family, we will see chaos and violence on our streets.  If we tolerate public mocking of character and integrity, we should not be surprised by their scarcity.

That Americans are more willing to participate in corruption is exposed by the fact that fully one third or more of federal disability recipients may be doing so fraudulently (See 60 Minutes report).  This adds up quickly to hundreds of billions of dollars and threatens the wellbeing of those who are genuinely disabled.  Tragically, multitudes of Americans no longer have personal convictions against fraud.  Political correctness has seared the consciences of millions who rationalize stealing from their neighbors.

The Democrat Party has sold itself out to every form of fraud and vice imaginable; and disguising themselves as “compassionate” encourage soul-deadening and crippling dependency in every form.  They also support abortion on demand, same-sex marriage, pornographic sex education in the public schools, virtually unlimited gambling, and have been at the wheel of the state for the decades that have seen wholesale abuse of the pension funds on the state and local level.  It is an unsettling reality that most Illinoisans are still content to send their children to public schools where they are taught the Liberals’ three Rs, reading, writing and eroticism. Unfortunately, there is no other party to stand against these abuses.  The Republican Party is a wholly owned subsidiary of the Democrat Party in Chicago.

So, what is a concerned and honest citizen to do?  So long as God is on His throne, there is always hope, but, change is possibly only once we recognize the principle that we ignore God to our peril.  He created the laws by which we must live; only He can temper their consequences with mercy, and only He can bring about the changes necessary for cultural stability and peace.

What I refer to is historically called “revival.”  In the early and again in the latter part of the 18th Century there were two great spiritual “revivals” in America known as the first and second “Great Awakenings.”  These culturally transformative events laid the foundation for the Revolution and  the liberties, prosperity and peace for which America is known and which we would like to once more enjoy.  Only such a spiritual awakening can reverse the cultural and moral decay we all suffer from today.

If and when we repent, God may respond.  It is His call; but, there is no alternative.