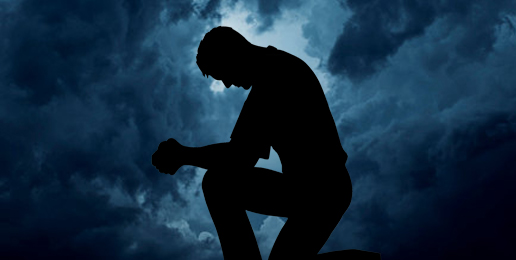 We at IFI and IFA have been humbled and blessed by the words of encouragement, prayers, and support we have received over the past two weeks from subscribers. We can’t adequately express how thankful we are for such support or describe how it has bolstered our spirits and strengthened our resolve to act and speak boldly in defense of the least among us.

We also want to express our deep appreciation to the organizations and leaders who have publicly and privately expressed their unwavering support for Illinois Family Institute, including the Thomas More Society, Illinois Conservative Union, Concerned Women for America of Illinois, Catholic Citizens of Illinois, 2nd Vote, the Rockford Pro-Life Initiative, the Illinois chapter of Concerned Citizens for America, Freedom’s Journal Institute, Restore our Constitution, Businessmen in Christ, Nehemiah Leaders, as well as dozens of religious, political and talk-radio leaders throughout the state and nation.

The fact that we compared the evil of the baby holocaust in America to the evil of the Jewish Holocaust has the proponents of abortion expansion in Illinois on the defensive. They are desperate to change the narrative. They cannot defend their indefensible views, so they attack pro-life conservatives.

They have launched a counter-offensive, House Joint Resolution 55, which is rife with lies and rhetorical nonsense and being used to try to deny us of our First Amendment rights. While the ad hominem attacks of Leftists are not new, their increasing willingness to use government to silence dissent is both new and deeply troubling.  (More on that in a future article.)

We are not anxious. We know that what the enemy intends for evil, God can use for good (Genesis 50:20).

We are trusting God in this latest skirmish. We trust that God’s plan is better than anything we can come up with (Isaiah 55:8-9).

We don’t believe it is a coincidence that this is happening at a time when the abortion debate is raging nationally, when Leftists are revealing through radical legislative proposals their murderous intentions, and when the movie Unplanned has hit thousands of movie theaters nation-wide.

IFI’s and IFA’s Board of Directors, staff, and I are of one mind that the time is long past due for defenders of the unborn to unite in a bolder confrontation of the evil of abortion and of those who celebrate it. Proponents of this abomination should be put on the defensive!

As every decent person can see, America is edging ever closer to legalizing post-birth infanticide. All lawmakers who support abortion should be publicly condemned and their views compared to other genocidal movements that have scarred human history.

You and I cannot remain silent in the face of this evil.

Yet, at the same time we are told to love our enemies “and pray for those who persecute you” (Matthew 5:44 and Luke 6:28). So at this time and in this prayer alert, we are calling for prayer for those who seek to harass and intimidate us by misusing their governmental authority.

It is at times difficult to pray for our opponents, especially those who spread vicious lies about who we are and what motivates us. By extension, these unfair attacks on IFI smear all orthodox Christians. Yet we know that God changes hearts and minds (Ezekiel 36:26; Psalm 51:10; Proverbs 21:1). God can reveal to them their sins (Psalm 146:8; John 3:3; Acts 26:18) and their need for a Savior (John 3:1-21; 2 Corinthians 7:10).

So, our prayers for these lawmakers are essential. Let’s lift up the sponsors of HJR 55 in fervent and compassionate prayer over the next two months:

Pray that the Lord will open their eyes to the evil of abortion.

Pray that they will turn from darkness to light (Acts 26:18).

Pray that they will know the hope of His calling (Ephesians 1:18).

Pray that He will open their eyes to the injustice of their attempt to quash our civil rights (Isaiah 59:14-15).

Pray too that the bloodlust and greed of Planned Parenthood and their allies is exposed (Proverbs 6:16-19).

Finally, pray that the movie Unplanned continues to do well in theaters and that its pro-life message will reach far and wide here in Illinois, in our nation, and around the world.

If you pray and believe that God hears and answers prayer, will you please consider joining the IFI Prayer Team? This special opt-in group receives occasional emails asking for prayer regarding public policy issues, for specific government officials and various statewide needs as the Holy Spirit may lead.

Thank you and God bless you!

Follow the Money: HRC/Amicus Brief
b
a
x
r