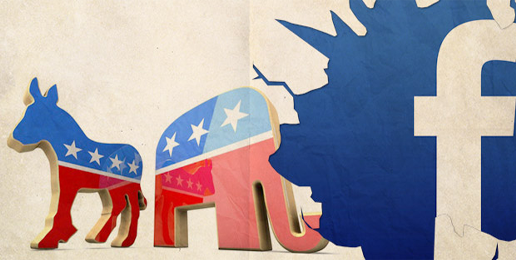 The day after the election, I was scrolling through my Facebook feed and saw two posts back-to-back from friends. One was convinced the world was coming to an end now that Donald Trump was elected president; the other was convinced America’s savior was now in the White House.

I’m sure you’ve seen similar contrasts – maybe even in your own household. There’s a sense of stark disunity in our culture these days, and the polls back that up. A recent Gallup poll found that 77 percentof Americans see the nation as “divided.”

Most of the time when people write about how divided we are, the solution they suggest is typically something like “well, you shouldn’t be so black and white about [insert controversial issue].”

However, you and I know that when it comes to issues like pornography, abortion, marriage, and freedom, there are some clear lines between right and wrong.

A better – and more realistic – way to deal with this division is not by compromising the Truth, but by simply not ascribing the worst motives to people who disagree with us. I know I’m guilty of this all the time – especially when I’m reading posts on social media. It’s too easy in our electronic world to imagine the person behind the other keyboard as the American Darth Vader, whose only goal is to destroy mankind.

However, just because someone’s wrong doesn’t make them ill-intentioned. And I think if we can stop ourselves from picturing the other side as having their finger on the trigger of the Deathstar, we’ll find more common ground.

This verse from the Sermon on the Mount got me thinking about this topic.
There’s blessing in not ascribing the worst motives.

World Magazine’s recent cover story is also on this topic.
The divide is also prevalent in the church

The next Executive Order President Trump needs to sign

Donald Trump, the Media, and the Principle of ‘Don’t Trust, Verify’
b
a
x
r