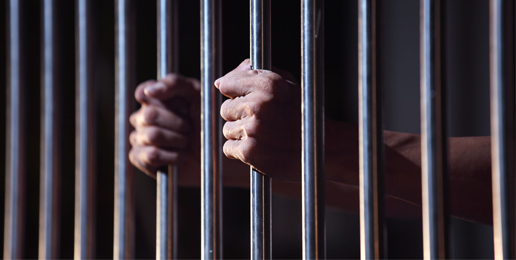 Yesterday the Facebook Overlords threw me in the Zuckerland Gulag for 30 days for violating their speech codes by posting this in the comments section of a friend’s Facebook page:

… some tr*nnies are able to create very convincing skin costumes (think “Buck Angel”), and it will be much easier for the next generation of tr*nnies who aren’t permitted to go through puberty to do so. But right now most men aren’t able to pass as women.

My comment was in response to a post about men who deceive others by masquerading as women.

My choice of the terms “tr*nnies” and “skin costumes” was intentional, but the reason for those choices was not to insult. My choices are motivated by a refusal to capitulate to the language rules of the “trans” cult. The left has absorbed the lessons of Saul Alinsky who wrote in Rules for Radicals that “He who controls the language controls the masses.” Many conservatives—far too many—are allowing themselves to be controlled.

There is nothing intrinsically insulting about the term “tranny.” In fact, it has a long history of use by “trans”-cultists. Wikipedia explains the history of the term:

Trans activists like Justin Vivian Bond and Kate Bornstein and drag queens such as Ru Paul and Lady Bunny, have advocated for use of the term. Bond said in 2014 that banning the word does not eliminate transphobia but rather “steal[s] a joyous and hard-won identity from those of us who are and have been perfectly comfortable, if not delighted to be trannies.” At the same time, RuPaul said “I love the word tranny”, and that the word was not being redefined by the transgender community, but only by “fringe people who are looking for story lines to strengthen their identity as victims.” Bornstein said the word was used in the 1960s and 1970s in Sydney, Australia by trans people as “a name for the identity they shared.” … Cristin Williams reviewed historic uses of the term and found the first published instance in 1983, originating among gay men, and expressed doubt that it originated many years prior to this. … In 2017, Facebook’s anti-hate speech algorithms started blocking posts containing tranny.

In order to both enhance their victim status and to erase from the public square any expressions of moral disapproval of cross-sex impersonation, the “trans” cult and its collaborators are attempting to control the language.

They seek to control our language in order to control culture by making it impossible to express ideas they detest. They seek both to ban words and to determine how terms are used. In Transtopia, pronouns no longer correspond to biological sex but to subjective feelings about one’s biological sex. Rather than referring to normal men and women as “men” and “women,” we’re expected to refer to them as “cismen” and “ciswomen.” Women are referred to as “bodies with vaginas” or “persons who menstruate.” And all that leftists need do to win compliance is whine that their feelings are hurt by language they hate, and abracadabra conservatives comply.

My guess is yes, and the end goal of eradicating all public recognition of sex differences will be that much closer.

It should be noted that Christians view “transphobia” and “homophobia” as insulting, bigoted, ignorant, intolerant pejoratives that make them feel uncomfortable. Does that matter to leftist sexual anarchists? Rhetorical question.

I use the term “skin costume” to accurately describe how chemically and surgically constructed bodily changes function. These so-called “treatments” are designed to conceal the sex of “trans”-cultists, making is easier for them to deceive others, including in private spaces. “Trans”-cultists are, in effect, creating skin costumes.

As we learned from the recent controversy involving Benet Academy, a prestigious Catholic-in-name-only private high school, the disciples of the ongoing sexual revolution not only want to make it impossible for conservative Americans to express their moral views of sexuality but they also want to make it impossible for Christians to train up their children in the way they should go.

Benet Academy rescinded a coaching offer to a woman when they found out she was a lesbian in a faux-marriage—a relationship that obviously violates both Catholic doctrine and Scripture—and then the school crumbled like a stale cookie when apostates and heretics squeezed them.

And public schools, where Christians continue to send their children to be “educated,” now introduce wicked leftist ideas about homosexuality and cross-sex impersonation starting in kindergarten. All dissenting ideas are banned because the left has successfully convinced Americans that such ideas make some students feel “unsafe.” Of course, whether they are unsafe or not depends on which moral claims are true.

One cannot rationally argue that moral opposition to homosexual acts and cross-sex impersonation is hateful or destructive unless it can be proven that God does not exist, that his will for humans and plan for history are not revealed in Scripture, or that Scripture is false. And those conclusions fall far outside the purview of public school teachers and politicians.

If God exists and if his perfect will for humans and plan for history are revealed in Scripture, then it is support for the “LGBTQ+” ideology that is destructive. Affirmation and dissemination of the false, socially constructed and imposed “LGBTQ+” ideology will result in not only temporal suffering but also in unimaginable, eternal suffering.

What the “LGBTQ+” community is trying to do with laws that require government schools to teach positively about disordered sexuality, with censorship of dissenting ideas, and with Orwellian language rules is to prevent Christian parents from training up their children in the way they should go. Expect to see increasing assaults on Christian private schools via laws and lawsuits. Next the “LGBTQ+” community will come after the accreditation of Christian colleges—both Catholic and Protestant. And then homeschooling will be in its sights.

Do not capitulate on even seemingly trivial issues. Don’t submit to the manipulative efforts of the “LGBTQ+” community and their collaborators to shame you into using their deceitful language. And don’t send your child to any institution that employs adults who hate or are ashamed of the gospel.  What the left wants is for your children to lose their religion.