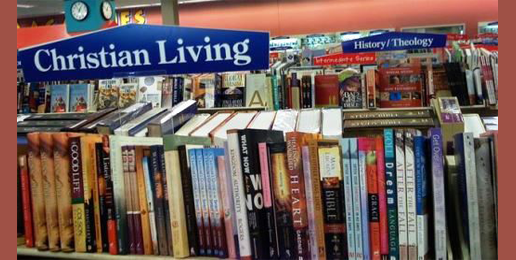 In the fourth chapter of Hosea, the prophet delivers God’s charge against the nation of Israel. The Lord pronounces that there is “no truth or mercy or knowledge of God in the land.”

However, what was present in the land was swearing, lying, killing, stealing, and adultery. God had established the inhabitants of Israel to be His people and His priests. Furthermore, they were to be the light of the world in the Old Testament, pre-Messianic era. Yet the Israelites willfully rejected their God-given honor and traded it for the ways of the world, the lust of the flesh, and new theologies. In verse six, the Lord laments, “My people are destroyed for lack of knowledge.”

What brought the nation of Israel to this state? It was a deliberate, willful choice to ignore and forsake the principles and boundaries the Lord had created for their welfare. The Israelites’ faith and relationship with God had deteriorated to nothing more than a vain and hollow shell of religious expression. God’s chosen people had no clue as to His character or the true purpose of the temple. Consequently, worship was reduced to rote rituals and the reality of God’s holiness and His Truth were far from the minds and hearts of His people.

I believe we are in a similar state in America today. We have the breadth of the internet and more books, tapes, DVDs, CDs, MP3s, television, radio, print media, and versions of the Bible than any nation on the planet. Yet, Christians are being destroyed from a lack of knowledge. The lies promoted by our godless culture are insidious and pervasive; even believers are seduced and ensnared. It is imperative that the Church not only stand up and refute these lies, but also educate and equip believers to recognize and refute them as well.

Too few Christians are able to clearly and confidently defend their faith. If we do not know why we believe what we believe, we will fall far short of the injunction in 1 Peter 3:15 to “always be ready to give a defense to everyone who asks you a reason for the hope that is in you.” Much like the Israelites in the time of Hosea, our knowledge is lacking and we have deliberately chosen to forget God and His Word.

Sadly, many Christians don’t even understand man’s purpose for existence. The orthodox teachings of Catholics and Protestants agree that we are created to know God, to glorify Him and serve Him in this world, and to enjoy Him forever in the world to come. (1 Cor 10:31; Ps 16:11; 37:4; 73:25-26; Is 43:7) But it is fairly evident in the way we Christians spend our time — our life isn’t about God nearly as much as it is all about ourselves. This self-centered attitude has serious consequences, especially when it intersects with debates and decisions that are settled in the public square. A substantial number of church-going believers cannot be bothered to exercise their duty to vote or become informed regarding public policy. And so, the institution of government —
delegated to man by the Lord — has become the antithesis of a God-honoring entity.

This apathy toward public policy as it relates to matters of faith and conscience is vividly illustrated in our view on the sanctity of life. Certainly, the vast majority of committed Christians are pro-life, but many have a flawed and inconsistent understanding of what it truly means to be pro-life. While claiming to stand for the rights of the unborn, they misguidedly reserve the “rape and incest” exception as an acceptable and compassionate position. It is unequivocally neither.

Additionally, Christians often present a mixed message regarding children and family. Though we profess to embrace the Biblical directive to leave, cleave, and conceive, we often refuse to relinquish our control over the timing and number of children we are willing to welcome into our family. How can it be that believers, who claim to trust the Lord with their entire life: their job, home, education, finances, etc., refuse to trust Him with the size of their family? By suppressing fertility, we oppose God’s plan and we limit the magnitude of Christian impact in the world. Those who deny the deity of the Lord Jesus Christ and worship other gods certainly are not taking the same approach.

Furthermore, in our interactions with believers and nonbelievers, we often communicate, by word and attitude, that children are a burden. The belief that motherhood is an important calling is mocked and derided. Instead, we are easily influenced and deceived by the latest “research” that claims children derail careers, decrease marital satisfaction and deplete bank accounts. We have forgotten that God’s Word tells us that children are a heritage from the Lord, a reward, and a blessing. (Psalm 127:3)

We have to understand: we are called to much more! In Genesis 1:28, the Lord sets out five basic responsibilities for mankind: be fruitful, increase, fill, subdue, and rule.

For too long we have ignored this mandate and, as a result, we see our distinctively Christian culture circling the drain. The Church, the Body of Christ, has been in retreat mode, or worse, conforming to the godless culture around us. We cannot let this situation continue. In every area of our life — public, private, work, and leisure — we are to bring glory to God.

In order to do this, first and foremost, we need to know the Lord — who He is, His character, His Word. If it seems that we have forgotten God, maybe it is because we haven’t truly known Him. Know the Lord!

If we do know the Lord, there is always more to learn about Him! We must purpose to grow in relationship with Him through worship, prayer, and time in His Word. Increase in knowledge of the Lord!

Finally, we would be sadly remiss if we keep the knowledge of our great God to ourselves. Christians are called to be salt and light to a world that is mired in sin and darkness. When we know the Lord, we are compelled to share Him with those who need to know Him. Share your knowledge of the Lord! ♦

Oh, that we might know the Lord!
Let us press on to know him.