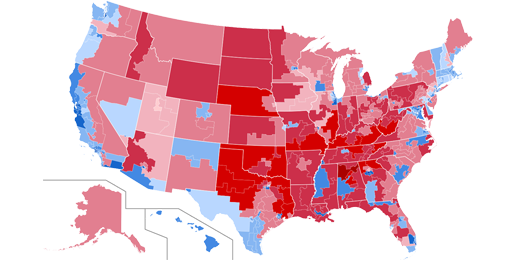 Election 2016 will go down in history as a great surprise — a quasi-triumph for Conservatives, for Evangelicals, and a tragedy for the Progressive Left. Millions of Americans were praying, they knew the nation was heading at breakneck speed toward godless socialism, with every possible perversion being lauded by The Left.

Life and marriage, natural marriage, were still vitally important to Bible-believing Christians in America. As was our relationship, nationally, to the Jewish state of Israel. Though Donald J. Trump was an unlikely champion for such conservative issues, he was the only choice. Everyone nervously hoped Trump would keep his promises. But most understood that Hillary Clinton would keep hers: she was ardently pro-abortion, pro-gay marriage and LGBT “special rights,” for a two-state solution with Palestine and Israel, for open borders and so many other disastrous policies.

The future of America weighed in the balance and on November 8, 2016, conservatives, Christians, nationwide breathed easier, a seed of hope and prayers answered energizing that long-maligned segment of the country.

In 2010, United in Purpose (UiP), a nonprofit, was “started with a question: Is it possible to transform American culture by bringing together conservative Christian organizations to act in unity to reach their shared goals?” They assembled a team with the sole mission “to unite and equip like-minded conservative organizations to increase their reach, impact, and influence for the purpose of bringing cultural transformation in America based on Judeo-Christian principles.”

The election of 2016 further steeled the determination of UiP. The American Culture and Faith Institute (ACFI) is one division of UiP, under the leadership of Executive Director, George Barna, of famed Barna Group, the research organization “regularly conducts national surveys to gauge the sentiment and activity of politically conservative, spiritual active Christians in America.”

On April 12 of this year, ACFI published an article, “Mixed Views on Morals.” The article summarizes “a FullView™ online survey was conducted March 22-29, 2017, with 1,000 respondents age 18 or older whose demographic profile reflects that of the United States.”

Americans are not too pleased with where things stand in their country these days. A nationwide survey of adults by the American Culture & Faith Institute (ACFI) reveals that a key reason for peoples’ dissatisfaction relates to their perceptions of the morals and values of the nation’s adults.

The survey found that only four out of ten adults (40%) feel satisfied with the way things are going in the United States these days.

Of note, some of the keen dissatisfaction appears among liberals:

Less than four out of ten adults (37%) believe the country is headed in the right direction. Once again, conservatives (56%) were far more likely than liberals (20%) to express that belief.

The population segments most likely to feel more disadvantaged these days were Baby Boomers (45%) and liberals (42%).

Interesting, now that President Donald J. Trump is steadily reversing former President Obama’s executive orders, most of which forced immoral and ungodly practices on Americans, The Left is unhappy.

But there were other valid concerns respondents shared:

It’s quite heartening to see that those who espouse a biblical worldview are discerning, responding with biblical precepts in mind.

For decades and decades Progressives have owned education. The Schools of Education at U.S. universities are academic petri dishes of socialist thought, inculcating a Leftist, godless worldview in all but the hardiest of conservative, Christian students.

Election 2016 may have been a turning point. Post-inauguration, every day the news brings signs of hope. President Trump is working to defund Planned Parenthood and rolling back many of the liberal and/or immoral executive orders mandated by Obama and his pen. Israel is once again completely confident in our friendship. Our borders are being enforced and unlawful illegals being deported. We have a strong presence at the United Nations and are not capitulating to the evils of that organization.

With entities such as American Culture and Faith Institute and United in Purpose, conservatives are wising up, using information and sound battle tactics to defeat The Left and their godless agenda.

Perhaps God will have mercy on America as her citizens hunger and thirst after righteousness, remembering that “Our Constitution was made only for a moral and religious people”. It is wholly inadequate to the government of any other.”

The “Slouching Toward Gomorrah” has been stayed. Burgeoning hope compels more and more conservative people of faith to make their voices heard, to be salt and light in our culture.

Let’s pray it’s not too late for that salt and light to right America’s course, remembering:

Blessed is the nation whose God is the Lord.