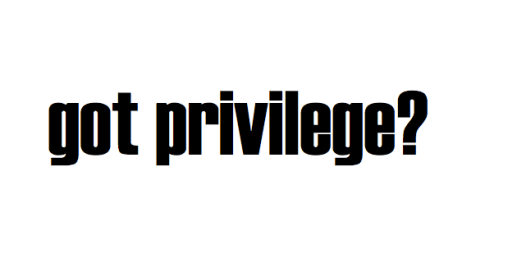 Many Americans find President Obama’s obsession with income inequality troubling. Many think the goal of equality of outcome as opposed to equality of opportunity is misguided and harmful. Many are concerned with his hyper-focus on race, class, gender, and the dubious classification “sexual orientation.” Well, get used to it, folks, because the government is breeding a new generation of Obamas, chiefly through public education.

This indoctrination occurs in schools, colleges, and departments of education that train teachers and then through them, filters down into our high schools, middle schools, and elementary schools.

One of the scores of ways the Obama/Bill Ayers/Peggy McIntosh/Paulo Freire worldviews are promulgated is through the annual “White Privilege Conference” being held this March 26-29 in Madison, Wisconsin. And one sure sign that this conference is up to no good is that the morally impoverished Southern Poverty Law Center (SPLC) will be participating through its ironically named “educational” project: Teaching Tolerance. Yes, the Southern Poverty Law Center, which identifies the Family Research Council, American Family Association, Concerned Women for America, Liberty Counsel, and IFI as “hate groups” because of our orthodox Christian belief that homosexual acts are immoral thinks of itself as the teacher of tolerance.

The documents for this conference include a glossary of terms for the uninitiated in which the term “Christonormativity” is defined: “The system of oppression which assumes Christianity as the norm, favors Christians, and denigrates and stigmatizes anyone that is not Christian. Equates Americanness with Christianity.”

Oddly, I couldn’t find the term “Christophobia,” which is the system of oppression which assumes Christianity is the source of all evil and stigmatizes anyone who is an orthodox Christian.

To give you a clearer picture of the ideologies that infect public education, below is a sampling of bios and workshops from the White Privilege conference. (Remember as you read the following that when the terms “racism” and “bias” are used, they do not refer primarily to actual racism and bias, but rather to “institutional racism” and “bias” which are horses of an entirely different color—definitely not white. Just know that if you’re a white, male, heterosexual, orthodox Christian you’re automatically guilty of racism, patriarchy, heteronormativity, Christonormativity, and hegemonic practices):

Paul Kivel: “The Roots of Racism in Christian Hegemony: Decolonizing our Thinking, Behavior, and Public Policy”: Before Europeans understood themselves as white they thought of themselves as Christians participating in a cosmic battle between good and evil against all those labeled Other. Today, Christian hegemony punishes the poor, destroys the environment, and contributes to our seemingly endless “war on terror.” As our crises of financial meltdown, war, racism and environmental destruction intensify; it is imperative that we dig beneath the surface of Christianity’s benign reputation to examine how it undermines our interpersonal relationships, weakens our communities and promotes injustice. Join me in a discussion of the impact of dominant Christianity on our lives and on how Christians and those who are not Christian have resisted oppression and built communities of healing and justice.

Emily Chiariello: The Teaching Tolerance Anti-bias Framework, “Understanding Identity, Diversity, Justice and Action,” will orient participants with the first-ever road map for anti-bias education. Organized into four domains: Identity, Diversity, Justice and Action, the framework represents a continuum of engagement in anti-bias, multicultural and social justice education, moving anti-bias educators from prejudice reduction toward collective action….Participants will walk away with a copy of the complete framework and strategies for integrating the framework into classroom instruction.

Rosemary Colt and Diana Reeves: “Examining White Privilege and Building Foundations for Social Justice Thinking in the Elementary Classroom”:  Learn how to design and implement curriculum around concepts of power, justice, relationship and community building. How does white privilege impact our society at a community level, a global level? …In this session, we will share curriculum that allows children to construct an understanding of how race and privilege have determined what our neighborhoods look like. Even young students can learn to understand and think critically about white privilege and power, as well as detect bias, assume perspectives different from their own, and take social action.

Christine Saxman: “Saxman is an English teacher [at Deerfield High School, Deerfield, Illiniois], Equity leader, Pacific Education Group Affiliate and “Seeking Educational Equity and Diversity” facilitator. She works for racial justice inside her classroom, school district and community….She will be co-facilitating “Interrupting White Privilege at WPC and Beyond: How Interruption Can Strengthen Relationships and Build Community Relationships and Build Community.” What do you do if you see white privilege asserting itself at WPC? What do you do when someone shares that you’ve been asserting privilege and you didn’t realize it? This workshop, facilitated by a Woman of Color and a White woman, will examine how to recognize privilege and how to interrupt it in the service of relationships, community, and justice.

Andrea Haynes Johnson: Johnson is a Black, female anti-racist leader and educator. Currently she serves as the Director of Diversity and Grants for [Deerfield and Highland Park High Schools], and she is an Affiliate with Pacific Educational Group. She will be the co-facilitator of “Moving K-12 Public Schools to Anti-Racist Action,” in which Participants will engage in a vibrant conversation about the paths and pitfalls to transforming Public Schools into spaces that interrupt White Privilege and promote anti-racist practices. Strategies for accountability, staff development and student engagement will be shared. The dialogue will empower participants to return to their home schools armed with language and concrete practices that can foster a more inclusive environment for all stakeholders.

White Privilege Conferences are attended by public school teachers who will take these controversial ideas about race, gender, class, “sexual orientation,” and bias into the classroom in subtle and not-so-subtle ways. There is no reason for teachers to attend this voluntary conference other than to bring the dubious ideas they ingest back to the classroom. And folks, we often pay for it.

Take ACTION: Contact your local high school and ask if any teachers are speaking at or attending this dubious conference, and if so, ask whether the school district is footing the bill.