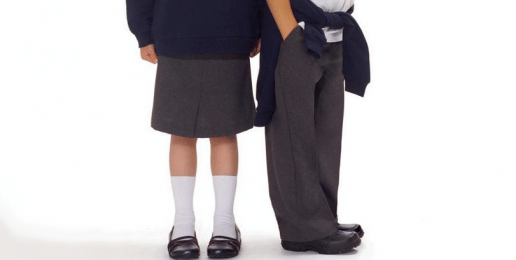 If you ever start hoping that the Left will leave the rest of us alone, move on, because that’s not going to happen.

At the heart of the Founders’ vision for America was the idea of decentralized power, whereby people across the land could experiment with solutions, not follow top-down dictates. It’s why we have 50 states.

Born in the spirit of the French Revolution – which ended in tyranny – the Left has been at war with American-style freedom ever since. In their perfect world, social engineers in Washington tell everyone else what to do.

A case in point is the battle unfolding in Florida’s second-largest school district, where the American Civil Liberties Union (ACLU) is calling for a federal probe into single-sex education. This is one of those experiments that the Left hates because it acknowledges significant differences between the sexes.

The ACLU’s 37-page complaint to the U.S. Department of Education’s Office of Civil Rights accuses the Hillsborough County Public Schools of violating Title IX. That’s the federal law that, among other things, is wreaking havoc with college-level sports.

Low-revenue programs like wrestling are being eliminated by the hundreds so that boys won’t have more teams than girls. Scholarship money is being spread so thin that even more popular men’s sports, such as baseball and men’s gymnastics, are threatened. Never mind that surveys and common sense (spend one hour in a sports bar) show that males typically have a far greater interest in sports than females – even though many girls and women are fine athletes and avid fans. All must bow to the sameness god.

Likewise, single-sex classrooms are in the bulls-eye. Hillsborough’s programs, the ACLU contends, are “based on stereotypes and discredited notions about how boys and girls learn and develop.”

Any of you teachers out there think boys sit as quietly as girls? Or that girls, upon finding some boxes and glue, typically create Godzilla, along with buildings to stomp? Didn’t think so.

Since 2009, Hillsborough has operated single-sex classes in at least one high school and 15 elementary schools, plus two magnet, single-sex middle schools called “academies.” Hillsborough spokesman Steve Hegarty told me by phone that the district is responding to parents who want the options. “Nobody attends single-gender classrooms without making that choice,” he said. “We’re trying to study and see what works and what doesn’t.”

Sherwin went on to say that, “Our public schools should not be in the business of making crude judgments about children’s educational needs based solely on whether they are a boy or a girl.”

Well, we wouldn’t want to be crude. Which is why some parents are relieved that their daughters aren’t forced to sit next to some of the less-mannered boys. Society’s No. 1 task is to socialize young males, channeling their aggression into constructive activities, like marriage. Absent that, nothing good happens. And not much good is happening in places where welfare has eviscerated responsible fatherhood, leaving cityscapes that resemble bombed-out ruins. But “equality“ is all that matters.

The ACLU also wrote a letter to the Florida Department of Education in response to Gov. Rick Scott’s signing on May 12 of a bill (HB 313) requiring teacher training for districts that create “gender specific” classrooms. The law takes effect July 1st.

The ACLU complains that Hillsborough hired “consultants to promote the idea that boys’ and girls’ brains are inherently different, and that teachers of children as young as kindergarteners were trained in teaching methods based on sex stereotypes in sessions with names like ‘Busy Boys, Little Ladies.’”

Would the world really be worse if boys are kept usefully “busy” so they aren’t turning household goods into unguided missiles? Would it be worse if more girls took pride in being “ladies” who expect respect?

The ACLU is particularly perturbed that teachers in boys’ classrooms were encouraged to “be louder” and “have high expectations.” Since girls far exceed boys in graduation rates, scholarships and advanced degrees, educators who want “equality” might reasonably want to get boys out of instructional models that leave them bored and favor girls.

The ACLU’s “Teach Kids, Not Stereotypes” campaign rests heavily on a 2011 article in Science that was demolished by Christina Hoff Sommers in an Atlantic article last October. Sommers points out that the Science article was “a two-page summary of the state of the literature on single-sex education [which] could be useful, except that it was written by eight professors who belong to an advocacy group that opposes single-sex education.”

“It’s preposterous to think of Wellesley College, the Girl Scouts or the Barack Obama Male Leadership Academy as oppressive institutions comparable to segregated schools in the Jim Crow South,” she concludes.

Preposterous, that is, unless you think like an ACLU lawyer.