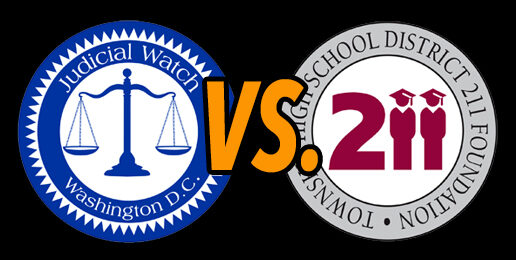 The Worst School Board in Illinois Gets Sued
Written By Laurie Higgins   |   07.28.21
PRINT

Two administrators and five school board members in District 211, the largest high school district in Illinois, are being sued by Judicial Watch on behalf of a teacher who was fired for expressing criticism of the 2020 BLM/Antifa insurrections that devastated American cities. The defendants are director of human resources, James A. Britton; District 211 superintendent, Lisa A. Small; and board members, Robert J. LeFevre Jr., Anna Klimkowicz, Steven Rosenblum, Edward M. Yung, and the worst of the worst, Kim Cavill.  Two board members, Mark Cramer and Peter Dombrowski, had the good judgment to vote against the teacher’s termination. If the other five board members had exercised similar good judgment, the district would have avoided this costly but important lawsuit.

Jeanne Hedgepeth, a tenured teacher who was employed in D211 for twenty years, was fired for four posts on her private Facebook page. The lawsuit details both the posts and their context:

In late May and early June 2020, Plaintiff was vacationing in Florida after the end of the 2019-20 school year when violent street protests, rioting, looting, and shootings erupted in Chicago and many other U.S. cities in the aftermath of the killing of George Floyd on May 25, 2020 by Minneapolis police officers. In Chicago alone, 82 persons were shot, 19 fatally, over the May 30-31, 2020 weekend. On May 31, 2020, which the Chicago Sun Times described as the most violent day Chicago had seen in 60 years, Mayor Lori Lightfoot asked Governor J.B. Pritzker to deploy the Illinois National Guard in the city. That same day, May 31, 2020, Plaintiff posted … the comment, “I don’t want to go home tomorrow.  Now that the civil war has begun I want to move.”

An individual responded, “Follow your gut!  Move!!!!!!!!!”  Plaintiff answered, “I need a gun and training.” The individual replied, “me too!”

Another individual posted a meme that same day suggesting that the riots could be stopped with a septic tank truck and a pressure cannon.  Plaintiff reposted the meme, obviously in jest, adding, “You think this would work?”

On or about June 1, 2020, Plaintiff posted the following comment on Facebook in the course of an exchange of posts begun the previous day with a third individual:

I am about facts, truth seeking and love. I will speak on any topic I choose because I live in a free country. I find the term “white privilege” as racist as the “N” word. You have not walked in my shoes either so do not make assumptions about me and my so called privilege. You think America is racist? Then you have been hoodwinked by the white liberal establishment and race baiters like Jesse Jackson and Al Sharpton.  Travel the world and go see that every nation has racism and some more than others but few make efforts such as we do to mitigate or eliminate it. I have lived and seen.  The people I am informed by about the black experience in America are actually some of the smartest people in America. And it so happens they are black. I highly recommend studying Thomas Sowell, who is now retired and in his 80’s. A treasure.  A truth seeker. [D]oes REAL research and analysis. Candice Owens is one of the smartest and most courageous women in America and Larry Elders speaks the truth with a great sense of humor and FACTS not feelings. They are who I listen to when it comes to facts about the black experience in America. Don’t you think there is a deeper problem than racism when 50% of murders in America are committed by 13% of the population? Do you think there might be a subtle genocide of black babies when most planned parenthoods are put in poor neighborhoods and that 30% of abortions are black babies. [B]lack women only make up 7% of the U.S. population.  The greatest power you have is what you believe about yourself. [W]hat have Democrats, mainstream media and intellectuals in ivory towers been telling the black community to believe about themselves for forty years? Wake up and stop believing them, then things will change.

Does anyone believe that if tenured teachers in D211 condemned Trump-voters, conservatives, or the Jan.6 rally on their personal Facebook pages they would be fired? Does anyone believe that if left-leaning D211 teachers made critical comments about Trump-voters, Republicans, conservatives, or the Jan. 6 rally in class they would be disciplined?

Perhaps the most egregious aspect of this sorry event was that arrogant board member Kim Cavill, who until very recently, has expressed her political views with impunity, voted to fire Hedgepeth, accusing Hedgepeth of “lacking professionalism.” Maybe someone should ask the four remaining anti-First Amendment board members who voted to fire Hedgepeth how they view these tweets from Cavill:

“Nothing like a police shooting to demonstrate conservatives’ most strongly held belief: With great power comes no responsibility.”

April 13, 2021, she tweeted this quote from an Atlantic article:

“For the past 30 years, the GOP has pursued a consistent strategy: Find a misunderstood or marginalized group, convince voters that the members of that group pose an existential threat to society, and then ride to victory on the promise of using state power to crush them.”

“It sounds absurd to say it, but America is in the process of choosing whether to be a white nationalist fascist state or an inclusive democracy. That’s not hyperbole, that’s just where we are”

“Here is what I would like for you to know: In America, it is traditional to destroy the black body – it is heritage.” — Ta-Nehisi Coates

D211 Board of Education policy says, a “Board of Education member should honor the responsibility which membership demands by representing at all times the entire school community.” Shouldn’t Cavill resign from the board?

As a far leftist, Cavill has the super-power of finding racism everywhere:

It’s pretty obvious that [the fact that polyamory is seen as a white movement] is part of a larger pattern of white supremacy.

How long before Cavill starts agitating for D211 curricula to endorse polyamory?

Cavill has a history of unethical behavior, perhaps the most corrupt of which was her scheme to solicit outside money to interfere with the 2017 school board election.

Prior to being elected to the D211 board in 2019, Cavill colluded with her sister to defeat the 2017 slate of excellent candidates by bringing in outside money from wealthy homosexuals and cross-sex identifiers that was laundered through a sham PAC.

Three exceptionally well-qualified people who opposed the sexual integration of private spaces for minors were running against three people who supported such privacy-violating practices. The three well-qualified challengers were,

Enquiring minds may wonder why Cavill and her sister set up PNQE, since Trans United Fund Illinois was already established. Why the extra step to fund the defeat of conservatives? The answer to that question might be found in mailers and yard signs. State law requires that campaign mailers and yard signs identify the groups that pay for them. Signs must say “Approved by …”

Flush with filthy lucre, Cavill and her sister got busy smearing good people with nary a backward glance.

We are fed up with this small group of vocal, transphobic people guided by a national hate group [Alliance Defending Freedom] wreaking havoc in our community. … Our District 211 community will not tolerate adults bullying kids or intimidating us for one more day. The ADF-inspired slate of candidates ran with the agenda of inserting a hate-based, national agenda into our schools. They didn’t care that their policy changes would increase bullying and violence against kids. … So we reached out to Trans United Fund and they helped us to get our message out to our neighbors and community members. (emphasis added)

Yep, with the exception of two stand-out school board members, the D211 school board is the worst in Illinois. The district deserves to lose this lawsuit.