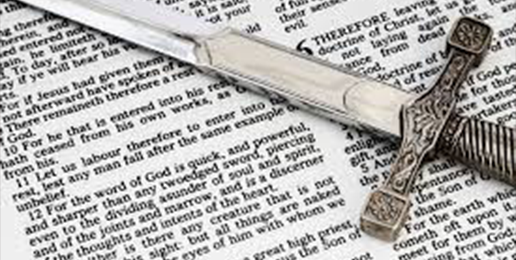 Jesus once stated that “the children of this world are in their generation wiser than the children of light” (Luke 16:8). Unfortunately, this has been proven all too true in recent generations when it comes to the battle for our culture. On the whole, it seems that those who oppose Christ have been far more successful in shaping society than have the followers of God.

One area of our culture where this appears to be particularly true is the realm of education. While the church has been surprisingly complacent on the question of who will educate our children, many in the world have keenly understood the value of capturing the minds of the next generation.

Consider a few quotes from some of the greatest villains of the twentieth century:

“He alone, who owns the youth, gains the future.” – Adolph Hitler

“Education is a weapon whose effects depend on who holds it in his hands and at whom it is aimed.” – Joseph Stalin

“Give me four years to teach the children, and the seed I have sown will never be uprooted.” – Vladimir Lenin

It’s All About Ideas

Why did these men place such emphasis on education? The answer isn’t complicated. Through education, we communicate and inculcate ideas, values, and beliefs. He who is most successful in communicating his value system and worldview to the next generation wins the culture.

Stalin expressed it this way: “Ideas are more powerful than guns. We would not let our enemies have guns, why should we let them have ideas[?]”

Stalin understood that whoever controls the flow of ideas controls the direction of culture. He understood that in a fight for physical superiority, it would be foolish to hand your opponent a gun. Similarly, in an intellectual battle, the one with no ideas and convictions is sure to lose. And so whether the goal is amassing political power or reconstructing society, gaining a monopoly on the flow of ideas is a powerful move.

No education is neutral because education is about ideas and ideas aren’t neutral. Despite the popular notion that our public schools are neutral, the truth is that they’re nothing of the kind. Neutrality simply isn’t possible when we’re discussing such worldview-laden topics as history, science, ethics, and morality. And if we’re honest with ourselves, we have to admit that the dominant worldviews in our public schools today are far from Christian.

This isn’t a wild-eyed conspiracy theory. It’s simply a fact. Our public schools aren’t making any attempt to educate our children from a Christian perspective. So is it really surprising—after decades of a near-monopoly on the part of secular education—that our culture is becoming more secular? What would actually be surprising is if our culture somehow weren’t becoming more secular!

REAPING WHAT WE SOW

This is a fundamental truth, yet one we often overlook when it comes to education. If we sow secularism in our children’s minds, the result will be a secular culture. But this goes back to the point I made at the beginning of this article, that the church has been surprisingly complacent on the topic of education. It’s as if we believe the principle of sowing and reaping applies to everything but our children’s minds. An honest look at what’s happening around us should convince us that this is faulty thinking.

It’s been said that politics is downstream of culture. While this may not be universally true (and policy certainly exerts an influence on our culture), we can’t deny that our politics often respond to the direction we’re moving as a society. If that’s true, and if we want to turn the tide in our culture, we need to direct our attention upstream. I’m not saying we should ignore politics (we shouldn’t). What I am saying is that if we fight only in the political sphere and leave the shaping of the hearts and minds of the next generation to our ideological opponents, any political victories we may win will be short-lived.

Education is certainly one of those areas that’s upstream of culture, and it’s time we wised up to its power. There’s a reason God commanded the Israelites in Deuteronomy 6 to teach their children diligently in His ways. Simply put, the formation of young hearts and minds is a big job, and the worldview we teach them matters.

CHANGE A MIND, CHANGE THE WORLD

When we instruct a young mind in God’s truth, we’re literally impacting the future. When we take the formation of the next generation seriously, we not only impact our children (which is, of course, significant on its own), we also reclaim the power to change our nation.

Education really is the not-so-secret weapon of the culture wars.