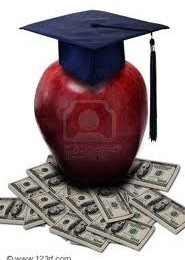 Money. It makes the world go round, or so I’ve heard. But when it comes to choice in education, money is usually what brings meaningful change to a screeching halt. As new development s emerge in the Atlanta Public Schools cheating scandal, perhaps it’s time to take a closer look at how the school system is using its funds and to learn a lesson that applies to every school system across Georgia regarding education spending.

The most cited reason against a “money follows the child” model of education is entirely monetary: “It will take money from cash-strapped public schools.”

Supporters of educational choice have always maintained that it is not about money, or systems, or adults. It’s about kids having access to the best education possible-by whatever delivery mechanism best suits their individual needs.

Some Georgia students are already attending the school of their choice through one of Georgia’s successful “money follows the child” opportunities. The state portion of education spending follows a child choosing a public charter school, or even a private school under the Georgia Special Needs Scholarship Program.

But given recent headlines, maybe we should talk about money for a minute.

Former Atlanta Public School Superintendent, Beverly Hall, recently made headlines after 11 Alive News reported that she cost the school system over $127,000 in legal fees in just three months. And the Atlanta Journal-Constitution reported that the school system could be forced to pay back nearly $1 million in federal money earned with falsified test scores.

And that’s not the worst of it.

The AJC reports that the 126 teachers on administrative leave cost Atlanta Public Schools $1 million per month while they are being investigated for cheating on the state’s standardized tests.

Some say that giving parents and students more choices in education is too expensive, yet we sure spend an awful lot on the adults who quite literally cheated our students out of a quality education.

· An additional 2,611 students each month attending a state-chartered public school at the average amount expended by the state per student, or

· An additional 1,595 Georgia Special Needs Scholarships each month at the average scholarship amount.

Experience shows that these types of school choice opportunities are life changing for kids.

Remember, we’re only talking about what we could do with the dollars currently being wasted in one month following a cheating scandal perpetrated by a school system. And it’s one of the school systems from which school choice supporters are incorrectly chastised about taking “much-needed funds.”

Imagine the hope we could offer tens of thousands of families across the state of Georgia if we just let the money follow the child.

Since we say that education is all about the kids, maybe it’s time we actually put our money where our mouth is and fund students, not systems.

Jamie Lord is the Government Relations Director for the Georgia Family Council.