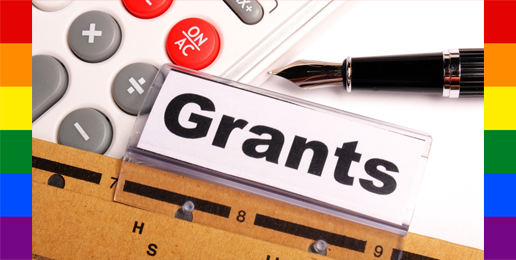 Parents across the nation have said bittersweet good-byes to their college-bound children in the last couple of weeks. They send them off with the hope that they flourish in their education and find the path for their future. Their hopes and dreams, however, often come with a high price tag. Parents and students alike are concerned about how they will pay for college. The state of Illinois General Assembly and Governor J.B. Pritzker have decided the best way to deal with educational funding is to establish grants based on identity politics rather than merit.

The General Assembly and the governor signed the Retention of Illinois Students and Equity (RISE) Act in 2020. The act authorizes state grants to students that had previously not qualified for federal or state funding. The three main groups the grants now cover:

3) transgender students that do not qualify for other aid due to not registering with selective service.

College students yearly fill out the lengthy Free Application for Federal Student Aid (FAFSA) hoping they meet the eligibility standards to receive government assistance for their education. Prior to the RISE Act, students filled out FAFSA, which determined their eligibility for the Illinois MAP grant. However, due to the new standards, illegal aliens and transgender students will no longer complete FAFSA. These students now complete the Alternative Application for Illinois Financial Aid at the direction of their college administration. The alternative application allows the state to bypass federal laws requiring male students to register with selective service and be a citizen of the United States. The establishment of the RISE Act means that Illinois will be rewarding lawbreakers.

According to the Illinois State Budget Fiscal Year Report for 2022, approximately 65 percent of community college students received MAP grants in 2021. Expectations are that the number of students receiving state grants will rise significantly. Governor Pritzker increased the budget for MAP by $28 million to bring the total budget for the grant to $479 million. The amount of funding allocated specifically to those filing for aid using the Alternative Application is unclear. It is also unclear how many illegal aliens and transgender students have opted to file under the Alternative Application for the 2021-2022 school year. Nevertheless, it is clear Illinois taxpayers are forced into funding education purely based on identity rather than need or merit.

The state of Illinois should reject identity politics and fund education on two factors: financial need and academic achievement. Society once rewarded achievement with the desire to help the best and the brightest. Now, Illinois reward illegal aliens and students that identify as one of the new 112 “genders.” Evidently, there is no need to have an accurate understanding of biology as long as you fit the definition of a so-called maligned sexual identity.

The decline of higher education continues down the slippery slope as we consistently reward students because they choose to defy laws and reject traditional moral standards. It is time for everyone with conservative values to stop supporting schools that are nothing more than indoctrination centers. Parents and students should stand up to the public universities and colleges by refusing to attend any school that accepts law-defying illegal immigrants and transgender students. It is time Christian colleges enforce our values, even if that means losing federal and state funding. Most importantly, voters must stop electing lawmakers who waste our tax dollars on policies driven by controversial leftist beliefs. We must vote for the traditional values that once made this a great and high-achieving nation.

Before Labor Day, you can double the impact of your tax deductible donations to IFI!

Please take advantage of this dollar-for-dollar matching challenge
to help us raise $80,000 for “Rescuing the Children” initiative here in Illinois!