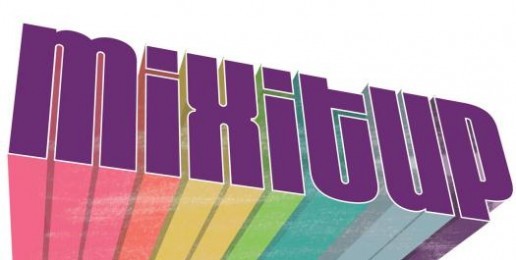 The Southern Poverty Law Center’s (SPLC) educational arm Teaching Tolerance created yet another school event intended in part to normalize homosexuality and gender confusion. The SPLC claims that 2,800 schools across the country participated in this event, which is called Mix It Up Day.

According to an article in the Chicago Tribune, the SPLC claims that Mix It Up Day “makes no explicit mention of the lesbian, gay, bisexual and transgender population.” That’s a very peculiar claim to make in light of these activities listed on the Teaching Tolerance website for Mix It Up Day:

Materials: Explain to students that they’re going to be discussing a controversial topic in class….The model we’re providing is on the common, everyday put-down, “You’re so gay!”… This is a lesson in crossing the social boundaries of ideology.

[H]ave them read the Controversial Topic Handout on “You’re so gay!” silently for at least five minutes:

I think saying it is wrong because…

Sometimes if people aren’t really masculine or feminine they get called gay and they aren’t.

A ‘faggot’ literally means a stick for kindling and it’s used to denigrate gays and lesbian because in medieval times they used to use gay men as kindling to burn women accused of witchcraft.

“Gay men are effeminate” is a stereotype. Plenty of gay men are not and plenty of heterosexual men are. There is no such thing as a typical gay or lesbian person.

Thinking that effeminate is negative is sexist.

Gay people believe they are born gay, that it isn’t a choice. Therefore, it’s not a sin.

Extension: As a follow-up, share with your students…articles on school-age children who have recently been killed or taken their own lives because of anti-gay bias in schools. Remind students that the words we use can either give life or death — that’s how important they are.

Did you know…The origins of the Valentine’s Day holiday are rooted in resisting injustice. Most stories focus on a man named Valentine who lived in the third century, during the Roman Empire. In one, the emperor, believing unmarried men would make better soldiers, issued a decree banning soldiers’ marriages. Valentine believed this was unjust and performed secret marriages. Imprisoned for doing so, Valentine fell in love with the jailer’s daughter and sent her letters, which he signed, “Your Valentine.”

Injustices routinely occur during Valentine’s Day — moments of exclusion and ostracism, assumptions of a heterosexual norm. Here [is a story from a student] addressing such injustices:

[When I wanted to take a same-sex date to a school dance] my vice principal told me I’d need a note from my parents. The note was supposed to acknowledge that they were aware we were taking someone of the same sex to the dance, and that there could be security problems. I was told I’d need a note for every dance I attended. So would my date.” (Pointing out that no African American, physically challenged or heterosexual students were being forced to obtain permission to attend a dance, the student called the requirement discriminatory.) “[The vice principal] said, ‘There’s good discrimination and bad discrimination.’ I told him that discrimination is discrimination.”
— Jason Atwood, then 17, whose demands sparked a student walkout and other protests leading to a removal of the restriction just prior to that year’s Valentine’s Day dance

What do you think of Jason’s story? Could — or has — that happened at your school?

State bans on gay marriage — and the proposed Constitutional amendment to ban gay marriage — echo the “soldier marriage ban” in the Valentine story. An excellent, and balanced, lesson is available free on the PBS website. With the extensions provided, the lesson also is ideal for structured dialogue within — or between — extracurricular clubs. (Grades 9-12)

No public school should use any resources from the dishonest Southern Poverty Law Center or its propaganda project, Teaching (in)Tolerance, both organizations of which use public schools to promote their unproven moral and political assumptions.