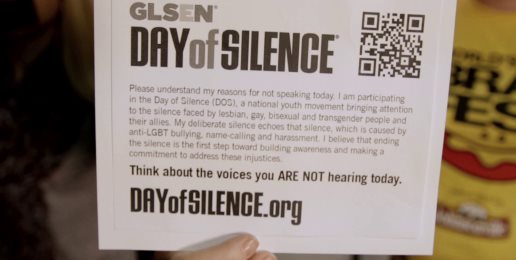 Should Christian Children Be Expected To Do What Christian Adults Do Not
Written By Laurie Higgins   |   03.23.15
PRINT

The halcyon days for Christians in America are over. A time of persecution and stigmatization of Christians is just over the horizon. It’s time for Christians to wipe the gold dust from their eyes left over from over two hundred years of American history during which Christians were left largely unmolested outside their pews and homes, welcome to exercise their religion even in the public square.

The central driving force behind the circumscription of religious liberty and the coming persecution is the pro-“queer” juggernaut that is moving with blinding speed through the culture, aided and abetted by the cowardice and sickening sweetness of American Christians.

Pastor and theologian Doug Wilson warns about the “besetting sin” of Evangelicals—which, unfortunately, besets other Christians as well—and has greatly contributed to the rapid destruction of marriage and the infiltration of government schools by perversity pushers:

The entire sexuality battle is about approval….We are being maneuvered into the place where we start using ethical air quotes. “Well, I do ‘disapprove’ of this behavior, and yet, will do absolutely nothing to express that disapproval in a way that might be taken as disapproving.”…

Evangelicals are nice, there is no getting around it. It is our besetting sin. That means about the worst thing you can tell us is that we are being mean to somebody. Maybe that meanness is turning someone away from Jesus. Our niceness is the steering wheel that we always want to put our critics behind. Not surprisingly, they always steer us straight into compromise.

But actually one of the biggest stumbling blocks that we really do manufacture is this great idol of Nice. When someone is turned away from Christ because some Christian was mean, everybody notices it. But when we have turned the whole world off because we are nicer than a hailstorm of cotton balls, nobody notices that problem at all.

For the umpteenth year and in the umpteenth way, the Gay, Lesbian and Straight “Education” Network (GLSEN) has steered Christians into a compromise with the Day of Silence, just one of their dizzying array of activities that infect public schools. GLSEN urges children and teens to refuse to speak for an entire day, including during class, to draw attention to the silenced voices of homosexuals.

GlSEN’s propagandizing pedants exploit government schools and captive audiences to promote the normalization of homosexuality, and all the while, sheeplike conservatives silently submit like lambs to ideological slaughter. It’s getting to look less like a compromise and more like a surrender.

A national coalition of organizations committed to religious liberty, parents’ and children’s rights, and ethical education are urging parents to stop compromising and keep their children home from school on the Day of Silence, which will take place in middle and high schools around the country.

Here is what the Day of Silence, sponsored and promoted by GLSEN is not:

Here’s what the Day of Silence is:

Some conservative parents argue that rather than keeping children out of school on the Day of Silence, Christians should keep their kids in school and encourage them to speak truth about homosexuality.

Seriously, that’s what they claim.

In most cases, I think the real motive for their proposal represents a flailing about for some sort of defense of yet more passive acquiescence. Some Christians are desperate to rationalize compliance and conformity. Their proposal fails to take into account three tiny realities: 1. the nature of adolescents, 2. the nature of public schools,3. the nature of the Christian role models most Christian teens have had in their lives.

Children and teens are vulnerable to false ideas and the influence of charismatic teachers. Moreover, they already have more than enough to contend with during this emotionally turbulent time of their lives, including family breakdown and dysfunction, economic pressures at home, academic challenges, athletic pressures, peer conflict, substance abuse, and eating disorders. They do not need to be confronted at school with the single most controversial issue dividing this nation and one which most adults—including our political and church leaders—avoid like the proverbial plague.

Adolescents have a powerful desire to fit in. Peer pressure and the prospect of ridicule and ostracism make countercultural witnessing to truth almost impossible for teens who are not yet fully mature. I would argue that the current state of Christendom reveals that few adult Christians have matured much beyond adolescence and matured far too little in their faith.

How many adult Christians are willing to speak truth about homosexuality in the public square or even in the private sphere to close family members or friends who may disagree?

How many Christian lawmakers speak boldly (and articulately) in defense of marriage, or against adoption by homosexuals, or against the Employment Non-Discrimination Act (ENDA)?

How many Christian teachers speak out to colleagues or administrators in opposition to the dissemination of homosexuality-affirming resources or the failure to balance curricula with resources from conservative scholars?

How many priests and pastors preach on homosexuality or teach on it in other contexts, expounding equally on both loving the sinner and hating the sin (an expression, by the way, that homosexuals detest)?

How many pastors, priests, and elders submit letters to the press on cultural issues related to homosexuality or show up at school board meetings to oppose the inclusion of homosexuality-affirming books in curricula or on recommended reading lists in the schools children in their flocks attend?

And yet some Christians expect Christian teens and children, most of whom have witnessed very little bold truth-telling from the adult role models in their lives and who have been inculcated with lies from the culture, to do what their parents and church leaders steadfastly refuse to do.

Most parents and church leaders won’t attend a school board meeting to make a two-minute statement about an inappropriate book after which they can leave and never see the school board members or attendees again. Tenured Christian teachers won’t speak out during department meetings or professional development meetings because of fear buttressed by a specious, unbiblical notion that niceness trumps truth.

Far too few children have truth-telling, courageous role models—not in their homes, not in their churches, and certainly not in their schools. Adult Christians attempt to justify their unjustifiable cowardice by fretting that they may suffer repercussions for standing up for truth. They will speak out if and only if they’re guaranteed that doing so will be cost-free. Word to American Christians, God has guaranteed that being a follower of Christ is costly.

In addition, children and teens lack understanding of the fallacies that drive the pro-homosexual and pro-gender confusion inanity. And why would we expect them to be able to do so? Most adult Christians are unable to offer an intelligent critique of homosexualist dogma from either a theological or secular perspective.

Rod Dreher senior editor at the American Conservative, describes what we are doing to our children:

We have allowed our children to be catechized by the culture and have produced an anesthetizing religion suited for little more than being a chaplaincy to the liberal individualistic order…. [H]ow can we produce Christian civic life when we are not producing authentic Christians?

Keeping kids home from school one day a year for a countercultural mini-effort to protect them from GLSEN’s indoctrination and to tell administrations and school boards in the language they understand (i.e., lost revenue) that you object to disruptive political stunts events in the classroom is a way to ease into non-compromise.

Your on-going monthly support will go directly toward influencing our Illinois culture & government with Biblical values.