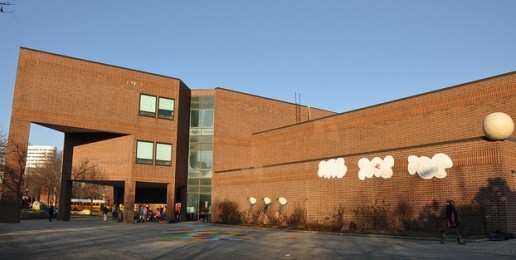 **Caution: Not For Younger Readers**
Includes Some Graphic Content and Links

Parents of 5th grade students at Andrew Jackson Language Academy, a West Side Chicago Public School (CPS) magnet school,  were stunned and repelled by the binder of sex ed material that they were shown recently during an after-school presentation about the upcoming sex ed class.

CPS parents shouldn’t expect sex ed to improve for 6th graders. Here are two videos that the CPS “Sexual Health Education Grade 6” curriculum recommended,  the first one of which was produced by Planned Parenthood (The CPS “Sexual Health Education for Grade 6” website was available Monday morning and early afternoon but was taken down by late afternoon Monday, November 17, 2014. Click here for a cached version):

The narrator in the Planned Parenthood video says to students who use condoms, “Congratulations! You just prevented a pregnancy, a sexually transmitted infection, or both.” This is a false statement that will create in adolescents a false sense of security. A properly used condom will reduce the risk of conception and reduce the risk of acquiring a sexually transmitted infection, but condoms do not prevent either.

Sex education classes should not be co-ed. Among the myriad, diverse, expanding, and protean objectives and “values” to which public school administrators and teachers claim they are committed, you will never see modesty. With a culture as coarse and immodest as ours, schools should stand as a bulwark against immodesty and vulgarity. Our literature, our sex ed curricula, our classes, and our government employees (i.e., teachers) should do nothing to undermine whatever vestige of modesty our children and teens are able to retain as they move through our crass culture which tells them there are no aspects of human life that are private and that objective, immutable biological sex (i.e.,  maleness and femaleness) is meaningless.

CPS spokesman Bill McCaffrey stated that “The objectionable material presented at Andrew Jackson Language Academy this week is not and never was part of the student sexual education curriculum. It was mistakenly downloaded and included in the parent presentation, and we agree with parents it is not appropriate for elementary school students.”

If parents of CPS students think that all CPS teachers share Mr. McCaffrey’s publicly stated view that this material is objectionable, M.I.T. economist Jonathan Gruber has some healthcare to sell you. Many teachers, rather, share the sexuality ethos of Planned Parenthood and the Gay, Lesbian and Straight Education Network. It’s not moral indignation that rattled the CPS cage. It was that parents had their consciousness and dander raised by some inadvertent truth-telling from CPS teachers. Parents accidentally found out, and they responded with unselfconscious and justifiable outrage. That’s what led to the CPS apology (and website-scrubbing).

In order to conceal the identity or identities of those government employees who were responsible for downloading the  controversial material, McCaffrey conveniently used the passive voice saying,  the “objectionable material….was mistakenly downloaded.” Parents and other taxpayers are entitled to know specifically who downloaded these materials. And who told the person printing and assembling the binders what to print and include in the binders?

Taxpayers in every community are entitled to know specifically which teachers and administrators are choosing controversial, age-inappropriate supplemental and curricular resources. And the press should be naming names. These government employees should be required to defend publicly the choices they make for other people’s children with other people’s money rather than being shielded by PR spin masters.

It gives me no pleasure to say to CPS parents that we tried to warn them in this article.

Taxpayers in every community should take this CPS imbroglio as a warning because the Common Core of sex ed is coming. An unholy alliance of feckless organizations committed to the boundary-free,  morality-free early sexualization of children has created the National Sexuality Education Standards  intended to promote their dogmatic ideology through the nationalization of  sex ed.