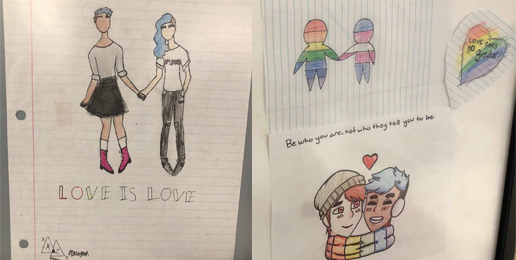 It may be the drip, drip, drip that gets your kids. A scene in a movie, a passage in a novel, a sympathetic portrayal of homosexuality in a play, a song by a well-know musician, a bullying prevention presentation at school, a visually arresting advertisement depicting homosexuality or opposite-sex impersonation positively… week after week, month after month, year after year.

Add to that the vociferous condemnation of disapproval of homosexuality or of the “trans” ideology (including opposition to co-ed private spaces) and voilà, children’s hearts and minds have been transformed—or, rather, deformed.

There are no widespread rational discussions of Leftist positions in which “progressive” arguments are presented with reasons and evidence. No dissenting arguments are explored. This, my friends, is how propaganda and demagoguery work. 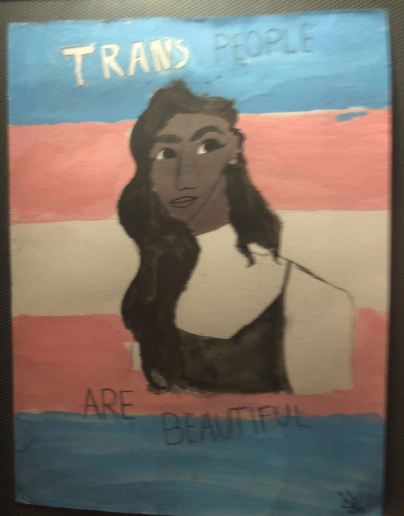 And it’s everywhere, even in places you would least expect it, like Monroe Middle School in the heart of conservative Wheaton, Illinois, home of evangelical academic flagship Wheaton College.

Defacing the walls of Monroe Middle School are offensive student drawings that positively portray both homosexuality and opposite-sex impersonation, some accompanied by ignorant (i.e., lacking knowledge) and troubling captions.

One drawing shows two boys hugging, cheek-to-cheek with a heart floating above their heads and a rainbow scarf encircling both their necks with the caption, “Be who you are, not who they tell you to be.”

Is that a good slogan on which schools should tacitly put their imprimatur? What does it even mean? Does it mean our identities are defined by our powerful, persistent desires? Any desires? All desires?

Who are “they” in the command to ignore “who they tell you to be”? Is there a difference between someone saying that homosexual activity is destructive to bodies and souls and telling someone who to be? Don’t teachers and administrators teach children every day in myriad ways who to be—and who not to be? Isn’t part of the job of teachers to teach children right from wrong? Isn’t that what character development necessarily entails?

Certainly, Christians believe that identity cannot be centered around the affirmation of sinful impulses of which homosexual impulses and the desire to be the opposite sex are but two. 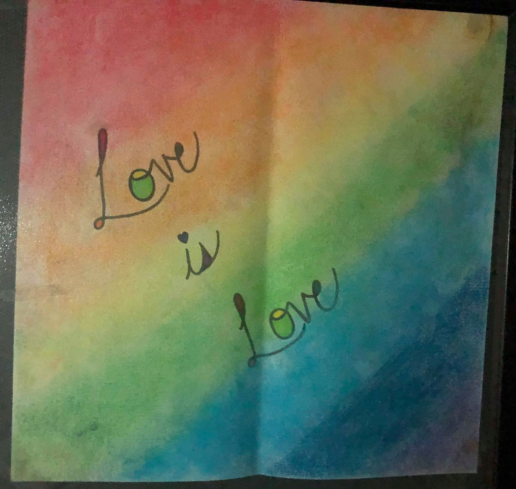 Another drawing depicts a boy in girl’s clothing and a girl in boy’s clothing holding hands with the caption, “LOVE IS LOVE.”

Is that true? Is there just one universal, undifferentiated human experience called love? Are all loving relationships the same? If so, then logically, sex must be a morally justifiable part of all loving relationships. Man-woman, man-man, woman-woman, man-man-woman, woman-woman-man, adult-teen, adult-child, teen-child, father-daughter, mother-son, brother-brother, coach-team member, professor-student, etc.

Now don’t go all judgmental on me. And do not tell anyone in any of these kinds of relationships “who to be.” Remember, LOVE IS LOVE.

Here are some other questions someone should ask the powers-that-be at Monroe Middle School:

Often sexual anarchists drip, drip, drip their propaganda and demagoguery into the minds and hearts of children, but lately, grown arrogant and brazen from feasting on their victories, they flood children with their noxious lies. For example, several years ago, California passed a law similar to the one wending its way through the Springfield swamp (the “Inclusive Curriculum” bill). The California law, passed in 2011 is dishonestly called the “Fair Education Act” and requires that all social studies and history classes in grades k-12 include the “role and contributions of… lesbian, gay, bisexual, and transgender Americans.”

The California law also prohibits public schools from using any materials that reflect “adversely upon persons because of their… sexual orientation.” So, while being required to present resources that depict homosexuality and opposite-sex impersonation positively, the law censors all resources that present dissenting views. The problem is that, unlike race, homosexuality and opposite-sex impersonation are constituted by subjective feelings and volitional acts that many view as immoral. Prohibiting dissenting voices transforms education into indoctrination. 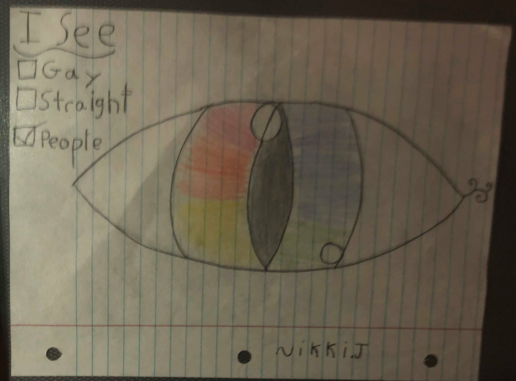 In November 2017, California adopted its first set of textbooks for grades k-8 since the law took effect in 2012. Eight of the proposed textbooks were accepted, while two were rejected. Those two were rejected “because they failed to address the sexual orientations of historical figures who were LGBT, or widely speculated by historians to have been LGBT. They include poets Emily Dickinson and Walt Whitman, authors Ralph Waldo Emerson and Nathaniel Hawthorne, and President James Buchanan.”

The California law not only requires that schools include the role and contributions of homosexuals and opposite-sex impersonators but also—and unbelievably—those suspected of being homosexuals or cross-dressers.

It’s not just Wheaton parents with children in or soon-to-be in Monroe Middle School who should be outraged. All district taxpayers should be outraged. Their property tax dollars are being used to indoctrinate children with a pernicious ideology that undermines truth and human flourishing. In other words, their money is being used to harm children.

Teachers who don’t recognize truth do not deserve to be entrusted with other people’s children. Teachers who know truth but don’t battle tenaciously and courageously for it in public schools should be ashamed for abdicating their moral duty.

Finally, all Illinoisans need to contact their state lawmakers to urge them to reject SB 3249 and HB 5596, or we will end up with the same kind of law California has, only Illinois’ proposed law is worse. It will really flood the Land of Lincoln with noxious lies.

My ‘Reprehensible’ Take on Teen Literature
b
a
x
r