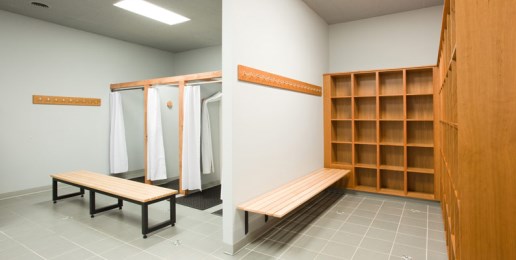 (Caution: Not for younger readers.)

According to a lawsuit filed yesterday by the Alliance Defending Freedom, a high school boy in the city of Virginia, Minnesota (near Duluth) who is pretending to be a girl and whom school administrators allow to invade the privacy of girls has been accused of engaging in vulgar sexual gestures in a girls’ locker room.

A group of girls uncomfortable changing with this boy present had sought from the administration the privacy to which they are entitled. Rather than require the biological-sex-rejecting boy to move to a single-occupancy restroom to change, the school suggested the girls move to an unused boys’ basketball locker room in an elementary school basement—which they did. The biological-sex-rejecting boy soon followed them, and on one occasion lifted up his dress and “twerked” in front of girls who were wearing only their underwear.

Todd Starnes reports that the suit alleges the following:

The lawsuit also alleges that “Student X walked into the…locker room while Girl Plaintiff A was in her underwear and removed his pants while he was near her and other girls who were also changing.”

The NYC Commission on Human Rights maintains that gender identity is “one’s internal deeply held sense of one’s gender, which may be the same or different from one’s sex assigned at birth.” This statement intentionally uses language to distort reality. Except in cases of rare medical conditions resulting in ambiguous genitalia, no one’s sex is “assigned” at birth any more than the fact of belonging to the human species is assigned at birth.

More significantly, this statement erroneously implies that a person’s beliefs about himself carry more legitimacy than the physical facts that contradict such beliefs. Using the Commission’s reasoning, can we declare an alternate “age identity” to be legitimately different from one’s true age? What about “race identity” or even “species identity”? If one accepts as legitimate the logic by which men may identify themselves as women and insist on being considered as such by others, there is no reason to reject as invalid any number of other idiosyncratic identities that have no basis in reality.

…To suggest that there is no such thing as objective reality, or that reality is less important than what one wishes it were, renders the entire concept of psychiatric disorder invalid. In fact, the only way to accept the transgender phenomenon as psychiatrically normal is to say that, as a measure of reality, physical evidence is subordinate to what a person believes about or wishes for himself. And on that logic, we have no basis for calling anyone delusional….

Reading through the APA’s position on the transgender phenomenon, one gets the impression that the only suffering and disability experienced by “gender nonconforming” individuals stem from prejudice and discrimination on the part of those who disapprove of them. In reality—that is, any reality apart from the current attempt to reframe this phenomenon as a civil rights issue—these individuals do experience a great deal of disability associated with being unable to function adequately in society, as do other patients whose delusions influence their appearance and behavior.

Although the public’s reaction to the appearance and behaviors of people who consider themselves transgender may, indeed, be negative, to say that the disability of transgender individuals consists of being the recipients of a negative public reaction means confusing the cause with the effect. The fact is that the disability originates in the abnormal mental experience of “transgender” individuals and not in having been born in the “wrong” body or of living in the “wrong” society. However, according to the inverted logic of those who support the LGBT agenda, when an external reality contradicts the internal experience, the solution lies in altering reality in such a way that it conforms to the internal experience. Hence, the advocated approach to addressing an idiosyncratic internal experience is to give the person a new external reality by means of a surgically altered body and a re-educated society.

Identifying the problem as ultimately external naturally leads to the kind of solutions proposed by the New York Commission on Human Rights: fines and sanctions against individuals and institutions that refuse to recognize the legitimacy of being transgender. Ironically, the fact that the Commission would force others to conform to the beliefs of transgender individuals speaks to just how much functional impairment the latter experience in their everyday lives as a result of their beliefs.

The response of organized medicine, and psychiatry in particular, to the transgender phenomenon has been intellectually dishonest and dangerous to the mental and physical health of affected individuals. The acceptance of transgender beliefs as psychiatrically normal has in many cases led to harmful medical interventions in which individuals undergo so-called “sex-reassignment” surgery. These operations cannot “reassign” sex; they can only disfigure normal anatomy.

And now schools are facilitating an intellectually dishonest and dangerous response to a psychiatric disorder—a response that harms both those students who suffer from gender dysphoria and all others.

Here’s an idea: How about parents of students in this district and all other Virginia, Minnesota community members organize a sit-in to protest this science-denying nonsense and moral outrage. They should sit in the superintendent’s office until the administration restores school policies and practices that prohibit students from accessing opposite-sex restrooms and locker rooms, thereby fulfilling their obligation to protect the modesty and  privacy of girls and boys.

Oh, and maybe someone should send this story to School District U-46 CEO Tony Sanders.

Have you had a chance to checkout the latest special feature we are calling “Laurie’s Chinwags?” For the past few weeks, we’ve been adding audio recordings (aka podcasts) to articles written by Laurie. We hope this new feature will serve the needs and desires of IFI subscribers. We would appreciate any constructive feedback.