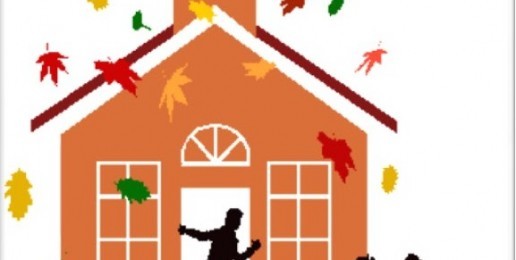 I have learned more about my country and the tremendous truths upon which it was founded in the last few years than I learned in the first four decades of my life.

When Benjamin Franklin emerged from the long debates of the Constitutional Convention of 1787, he was asked, “Well doctor, what have we got? A republic or a monarchy?” He cryptically replied, “A republic, if you can keep it.” That was not a joke.

Our Founding Fathers believed that future generations of Americans would need three things in order to keep the republic they had created. Those three things were religion, morality, and knowledge. They were so convinced of this that they enacted legislation that embodied these principles that same year. The Northwest Ordinance states:

“Religion, morality, and knowledge, being necessary to good government and the happiness of mankind, schools and the means of education shall forever be encouraged.” [Emphasis added]

Our Founding Fathers believed that children needed to be educated and well-versed in these three things in order to preserve the freedom they had been given, and that America’s schools were to be the vehicle for that education. These beliefs were so strong in America’s early years that for some time thereafter state after state incorporated this same wording into their constitutions.

If their convictions were true, we are in deep trouble because we have already eliminated religion, and from what I have experienced in my children’s classes, morality and even knowledge are under attack.

I did not learn what I needed to know in order to maintain and defend the great freedoms I have inherited, and I’m afraid that our children are learning even less.

I’m the mother of two teenagers, both of whom attended a District 211 high school last year. Here are just a couple of the troubling experiences we encountered in just one class:

My son came home from the first day of school last year and told me that his social studies teacher had announced to the class that he was a passionate liberal and he hoped that there were a lot of conservative students in class because he liked to debate them. When I emailed this teacher to ask if my son had understood him correctly, I received an angry denial in return.

When I was in this teacher’s classroom for Parent Orientation Night last September, I noticed several posters on the walls: one of Malcolm X, four of organized labor, three posters of Che Guevara, and one of Chairman Mao. If these posters of historically important figures had been balanced with posters of historically important conservative figures, there would be no problem. But they were no posters of conservative men or women. This teacher’s posters clearly were not intended to educate students about history but to announce the philosophical and political viewpoints of the teacher — a paid public servant.

Like many teachers these days, this particular teacher shows a lot of videos in his class. Here are just a few:

Are our kids receiving the knowledge they need to become informed and responsible citizens capable of preserving freedom and self-government?

I don’t believe they are. It would appear that one whole side of the conversation is missing as conservative materials and thought are largely censored in our public schools. This shouldn’t be a fight between liberals and conservatives. We should all be able to agree that a good education includes both sides of controversial issues.

And then there is the third pillar of our founding fathers’ vision for public education: morality. Consider the following:

What are we doing to our kids?

Contrary to our Founding Fathers’ belief that public schools should be in the business of building up morality, much of this seems specifically designed to tear it down-especially sexual morality-an area in which our kids are so very vulnerable.

Consider the books. Some of you may remember a few years ago when there was a controversy about obscene content in books used in District 214 English classes. I’m here to tell you that those same books can be found in high schools all acrossIllinois.

Those are just three problem texts, but there are many more. Despite what they may think, teachers do not have the right to expose other people’s children to this kind of material.

Parents and other taxpayers are largely unaware that students are routinely being exposed to this kind of material at school. They are almost universally stunned when they actually read the content. Their first question is always, “Why? Why would teachers choose to give our kids this kind of material when there are so many other choices available?”

It is important to refute the lie that educators have used so successfully to frame this issue. They have wrongly identified community concerns with obscene or highly controversial resources as book banning or censorship. This is not about book banning or censorship. It’s about where to draw the line. Parents have a legitimate concern regarding the kind of materials chosen for their kids. This is a choice. Do we want educators to choose materials that inspire good character and elevate young minds or degrade them?

But if you have doubts, I implore you to read the challenged books yourself or excerpts from them. Decide for yourself if these are the best resources we can find to shape the minds and hearts of students.

I will close by saying that as concerned as I am about what is being taught in our classrooms, I’m nearly as grieved about what is not being taught. We sit on a mountain of wisdom accumulated over the ages and often at great sacrifice-wisdom from men like Plato, Augustine, Tocqueville, Burke, Madison, Hamilton, Jay, and Jefferson. In their stead, we give students gay drag queens, deranged soldiers, and men with cows. We sit on a veritable feast of true knowledge yet feed our kids crumbs. While most students graduate never having read Dante, Donne, Milton, or Austen, our best and brightest students almost invariably read Beloved. Public education is guilty of crimes of both commission and omission.

These are public schools.

This is our money.

These are our kids.

We are the public.

We can do better.