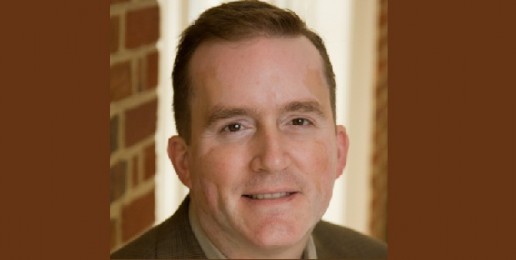 I will acknowledge the obvious from the get-go: I am not a trained mental health professional. I am an ordinary person trying to sift through what seems to me to be murky, abstract, intellectualized jargon that doesn’t quite conceal the anti-biblical ideas embedded in it.

I will also acknowledge that I’m critiquing these guidelines based on the assumptions that Drs. Throckmorton and Yarhouse hold orthodox theological views of homosexuality and that they believe that Christians are to submit their hearts, minds, and wills to Christ. I assume they believe that the Christian walk is not a hobby practiced in the evenings and on the weekends, and that we owe God both our leisure time and our professional lives. And further, I assume they believe it would be a sin of the gravest order to affirm in or to others that which God–whom they believe is an objective, transcendent, eternal reality–deems abominable.

The emergence of a gay identity for persons struggling with value conflicts is a possibility envisioned by the recommendations…some religious individuals will determine that their religious beliefs may become modified to allow integration of same-sex eroticism within their valued identity. We seek to provide therapy recommendations that respect these options …. Clinicians should assist clients to clarify their values in order to determine their preferred course of action. Therapists should be open to the possibility that a same-sex identity is the least dissonant course.

For a secular therapist this approach would be understandable, but how can a Christian even in the service of mental or psychological consonance be open to a client assuming a same-sex identity when this therapist knows that consonance comes at the cost of his or her client’s eternal life? Is temporal dissonance a more serious problem than eternal damnation? Is it compassionate to facilitate the appropriation of the “least dissonant course” when that course is one which God hates? And can a follower of Christ be complicit in any way of facilitating the pursuit of such a course?

It strikes me that the life of all Christians is a life of dissonance. Our temporal lives are necessarily characterized by a dissonance between our fallen, depraved natures and our new natures that are being sanctified through the power of the Holy Spirit. Ephesians 4:22-24 tells us that “You were taught with reference to your former way of life to lay aside the old man who is being corrupted in accordance with deceitful desires, to be renewed in the spirit of your mind, and to put on the new man who has been created in God’s image–in righteousness and holiness that comes from truth.” Isn’t the term “dissonance” as used in the SIT Framework merely secularized jargon to describe the painful struggle all humans experience in trying to oppose our sin natures while living for Christ?

Believers, including those who are mental health professionals, owe our very lives to Christ, including our professional lives. We owe those who struggle with seemingly intractable, persistent sin–which is all of us–comfort, support, prayer, fellowship, and wise counsel that reflects truth, for it is only the truth of Christ that can set people free from bondage to sin. Those Christians who counsel men and women who suffer from unbidden same-sex attraction have no right or authority as Christians to “provide therapy recommendations” that “respect” the “option” of modifying religious beliefs in such a way to make possible “the integration of same-sex eroticism within a valued identity.”

The SIT Framework also states that “in sexual identity therapy, the focus is on sexual identity as a construct that incorporates the person’s assessment of sexual orientation, emotional preferences and inclinations to engage in sexual activities.”

SIT states that “We believe that the therapist should not attempt to persuade clients about how to value these dimensions but can assist clients to determine their own valuations.” How can a Christian, who is a Christian first, “assist” clients in determining that they “value” homosexual practice. If the professional standards dictate that therapists may not attempt to persuade clients how to “value” their same-sex attractions, then I would argue that Christian therapists ought to choose not to counsel clients who find little or nothing morally problematic with acting on same-sex impulses.

Let’s imagine that age of consent laws are someday overturned. And imagine a client experiences pedophiliac impulses. Or, imagine a client who experiences zoophilia, that is, a sexual attraction to animals. Could a serious follower of Christ be part of any process that results in a client determining that they value and will integrate pedophilia or zoophilia into their lives?

Clearly, those clients who enter therapy with some kind of dissonance between their same-sex attraction and their faith hold at least somewhat to orthodox Christian beliefs. Are temporal subjective feelings so superordinate that facilitating heresy in a client is justified? And to a Christian therapist, is the biblical position that homosexuality is anathema to God a “value,” or is it objective truth?

Some people will assume that Christians in the mental health field should function like they are a particular kind of pastoral care provider. Although there are many ways in which pastoral care providers practice, I see pastoral care providers as representing their faith tradition in a very intentional way. They hold up a standard and provide pastoral care to help people move toward that standard of orthodoxy (right belief) and orthopraxy (right practice)…. Others would view licensed mental health professionals as different than (sic) pastoral care providers in some important ways. They would see a licensed Christian psychologist, for example, as entering enter (sic) into a fiduciary relationship with the public, a relationship built upon trust, and part of that trust is built upon the assumption that the services provided are in keeping with the standards in the field as it is currently governed by the state in which the psychologist practices. So a group of one’s peers (psychologists, in this case, not Christian psychologists necessarily) would reflect on what is standard practice for addressing the topic of homosexuality in clinical practice.

Dr. Yarhouse employs some strained rhetoric in the phrase “Others would view” rather than saying “In contrast, Dr. Throckmorton and I provide services in keeping with the standards in the field as it is currently governed by the state.” Making such a direct first-person claim would reveal the troubling compartmentalization of their faith, the kind of schism about which Nancy Pearcey and Chuck Colson write:

[H]aving a Christian worldview…means following biblical principles in the personal and practical spheres of life….What does this mean in practice?… It means we do what is right even at great cost, because we are convinced that what we gain in the unseen realm is far greater than what we lose from a worldly perspective.

Sadly, many Christians….give cognitive assent to the great truths of Scripture, but they make their practical, day-to-day decisions based only on what they can see, hear, measure, calculate….They may sincerely want to do the Lord’s work, but they do it in the world’s way-using worldly methods.

Dr. Yarhouse’s rhetoric brings to mind the words of Martin Luther King Jr. in “Letter From Birmingham Jail” who was lamenting the failure of church leaders to boldly condemn the evil of racism:

In the midst of blatant injustices inflicted upon the Negro, I have watched white churchmen stand on the sideline and mouth pious irrelevancies and sanctimonious trivialities…. And I have watched many churches commit themselves to a completely other worldly religion which makes a strange, un-Biblical distinction between body and soul, between the sacred and the secular. (emphasis added)

Christian counselors may be prohibited from “imposing” their values or even offering direction to their clients, but surely they enjoy the freedom to direct a client to another therapist rather than becoming complicit in facilitating the integration of same-sex eroticism into the “valued identity” of a client–or to put it another way, of facilitating heresy and behavior that if left unrepented of will lead to eternal separation from God.

I have heard people offer specious analogies to other professions, for example, suggesting that counseling someone who experiences same-sex attraction is analogous to a tax accountant accepting a client who is an adulterer. The analogy fails because tax return preparation is wholly separate from the moral issue of adultery, whereas when a therapist counsels someone on their experience of dissonance between their faith and their same-sex impulses, the moral issue is the entire purpose for their professional relationship.

I’m not arguing that Christian therapists must refuse to treat those struggling with conflicts between faith and sexual impulses. I am arguing that Christians are biblically prohibited from participating in any process that involves facilitating the modification of religious beliefs–that is to say, heresy–in such a way that same-sex eroticism can be integrated into a “valued identity.”

If what Drs. Yarhouse and Throckmorton mean when they say that “some religious individuals will determine that their religious beliefs may become modified to allow integration of same-sex eroticism within their valued identity,” is that therapists have to accept the unfortunate reality that by the end of therapy some clients will choose to pursue lifestyles that include the appropriation of wrong beliefs and destructive sin, their statement would be reasonable even coming from a Christian.

But their assertion that they “seek to provide therapy recommendations that respect the option of modifying religious beliefs to allow integration of same-sex eroticism” suggests a positive regard for an end result that no Christian should hold in positive regard. It suggests a willingness to facilitate the appropriation of wrong beliefs and destructive sin. Such a response is neither biblically defensible nor loving.

It could be cowardice, ignorance, pride, or vanity that causes a Christian counselor to affirm the ideas affirmed in the SIT Framework. But it could be the result of a serious lack of imagination. Imagine that you are a Christian counselor and with your assistance a client decides to modify his religious views in such a way as to accommodate sin that you know with absolute certainty will shortly result in unimaginable suffering–suffering worse than any torture you’ve ever read about in history books. Now imagine saying about this decision “I seek to provide therapy recommendations that respect this option.” Such a response should be inconceivable.