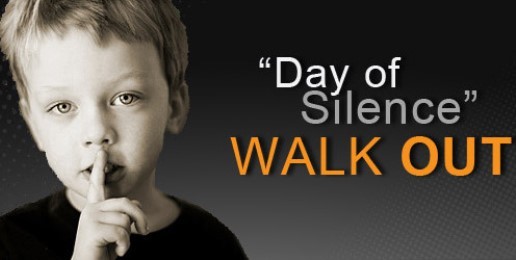 Since Christians are sending their children to government schools—often out of necessity—where they will be taught that soul-destroying homoerotic activity is good and that disapproval of it is hateful, parents should be aware of what many liberal teachers think of them and their beliefs.

Rich Robinson, homosexual high school English teacher from Freeport High School in Freeport, Maine sends email messages to IFI in which he expresses views that many “progressive” teachers hold but are too cagey to admit publicly. Here are two that he sent to IFI recently:

Yes, nothing says “responsible inclusion” (or tolerance or respect for diversity) quite like the protests against religious liberty that took place in Indiana last week—or the email messages Robinson sends to IFI.

Robinson waxes indignant that I often use the term “homoeroticism” in addition to “homosexuality.” A few years ago, a homosexual activist in California became similarly enraged because in an email exchange with him I would not kowtow to his demand that I use “gay” rather than “homosexual.” Their rage illuminates the strategic and epistemic importance of language in this culture war.

A note of explanation about my choice of “homoerotic” seems in order.

The term “sexual” denotes both sexual complementarity (or sexual differentiation) and sexual reproduction:

“occurring between or involving the two sexes; reproducing by processes involving both sexes” (Random House Dictionary of the English Language),

“of, pertaining to, or designating reproduction involving the union of male and female gametes” (The American Heritage Dictionary),

The redefinition of terms by homosexual activists and their petulant demands that their terms and theirs alone be used should illuminate why we must resist their demands for linguistic conformity. Like Rumpelstiltskin, homosexuals stamp their angry little feet when their words are found out. Then, trembling with fear, thin-skinned conservatives capitulate, choosing to use the Left’s white-washing diction rather than be called names by no-name-calling, anti-bullying Rumpelstiltskins.

On Friday, April 12, a homosexuality-affirming socio-political protest is taking place at most highs schools and increasing numbers of middle schools. This protest is called the Day of Silence, and it’s sponsored by the partisan, Leftist organization, the Gay, Lesbian and Straight Education Network (GLSEN), whose raison d’être is to exploit public schools, captive minor audiences, and legitimate anti-bullying sentiment to advance their ultimate goal of eradicating conservative moral beliefs.  Many schools even permit teachers to participate by wearing Day of Silence t-shirts or other paraphernalia.

For example, the “gay”-straight alliance at Glenbard East High School in Lombard, Illinois, PRISM, has been selling Day of Silence t-shirts to students and faculty, many of whom will be wearing them according to a school administrator. Although an announcement was made to students and teachers were invited to participate, parents were  not notified, nor is the Day of Silence identified on the school website or school calendar.

Parents should be demanding that school administrations notify all parents that the Day of Silence is taking place, that GLSEN is the sponsoring organization, that both students may be refusing to speak in class, and that teachers may be participating by wearing Day of Silence paraphernalia.

For a better sense of what is taking place within schools, click here to see a snapshot of what took place in a New York middle school four years ago:

Conservative students and teachers know full well that the Day of Silence is aimed at silencing the expression of conservative moral beliefs, which makes this annual event a day of discomfort for those who don’t affirm GLSEN’s beliefs about homosexuality.

In a recent Huffington Post article titled “I Have Come To Indoctrinate Your Children Into the LGBTQ Agenda (And I’m Not a Bit Sorry),” homosexual activist S. Bear Bergman makes clear the ultimate intent of homosexual activism—which is not to end bullying:

I am here to tell you: All that time I said I wasn’t indoctrinating anyone with my beliefs about gay and lesbian and bi and trans and queer people? That was a lie. All 25 years of my career as an LGBTQ activist, since the very first time as a 16-year-old I went and stood shaking and breathless in front of eleven people to talk about My Story, I have been on a consistent campaign of trying to change people’s minds about us…. That is absolutely my goal. I want to make your children like people like me and my family, even if that goes against the way you have interpreted the teachings of your religion. I want to be present in their emotional landscapes as a perfectly nice dad and writer who is married to another guy. Who used to be a girl (kind of)….

….That is our job: to encourage people, especially children, to think differently about a subject than they do now. To…allow the light of truth and fairness to shine in.…

At the moment, I am helping to put the finishing touches on a series of children’s books that all feature lesbian, gay, bisexual, transgender, or queer kids or families. There are six books…filled with girls and women doing cool things, page upon page of kids enacting their own identities in joyous and peaceful ways…. hey have lesbian mums and gay dads and big extended queer chosen families; some are gender-independent.

If that makes me an indoctrinator, I accept it. Let me be honest — I am not even a little bit sorry.

A national coalition of pro-family organizations is urging parents to keep their children home from school on the Day of Silence if their school will be permitting students to refuse to speak in class or if faculty, staff, or administrators will be wearing Day of Silence paraphernalia, including t-shirts. Click here and scroll down to see all coalition partners.

Keeping children home for one day to protest the exploitation of public schools does not prevent students from being salt and light, which they can do on the other 185 days of the school year.

And keeping kids home is not directed at students who experience unchosen same-sex attraction.

Rather, keeping kids home on this one day is a protest against administrations that are allowing Leftist political events into the classroom and allowing teachers to participate. If conservatives continue in their acquiescence, pro-homosexual activism will increase and further metastasize into our elementary schools.

The next time someone points out that Millennials—including even Christian Millennials—are becoming more “gay”-affirming, we should by now know why. And it’s not because they are organically “evolving” in the direction of truth and wisdom. This particular arc of the moral universe has been deliberately bent and not toward justice.