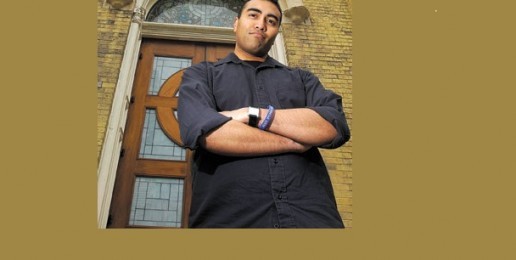 You wrote, “The Illinois Family Institute’s Laurie Higgins is going after me (and my job) again.”

I have never in any context suggested that you should be fired or that you should resign. In fact, I don’t believe the school has any legal right to fire you. You should have fact-checked before you posted that inaccurate statement.

In addition, I have repeatedly stated that you have a First Amendment right to make whatever public statements you want on any topic. I have also made it abundantly clear that my goal is to provide information to District 204 parents–particularly IFI readers–about the nature of the ideas you express and endorse on your public blog so that they can make informed decisions as to whether they want their children to spend a school year under your tutelage.

In my first brief email to your administrators and school board, I did not, as one of your blog commenters suggested, call for you to be fired. I notified them that you made the public, vindictive, irresponsible, and unprofessional suggestion that the Kiss-In would be even better if it took place in front of my home.

You fail to acknowledge a central point that I addressed in my two articles, which is that many teens are unduly influenced by emotion and the cult of personality, and therefore are predisposed to look favorably on the ideas of teachers whom they find cool or charismatic or funny or kind or anti-tradition. Adolescence is also a time of rebellion which is why many teens are attracted to rebellious, anti-establishment people and ideas.

If students search your name and come upon your blog, they will be exposed to your endorsement and promotion of ideas that some parents may find deeply troubling. If students have you as their teacher, like you, and develop a relationship with you–as happens often in high school–they will be more likely to look favorably on and be influenced by your ideas than those students who have little or no personal connection to you. This is the reason that many parents care deeply about role models.

It’s the reason there were some recent stories about parents being upset that a high school cheerleading coach posed in her private life for Playboy magazine, and why some parents would not want their children in the class of a teacher who in their free time on a public forum promotes racist views or denies the historicity of the Holocaust.

It’s probably the same reason that three years ago a well-known homosexual blogger informed my former superintendent that I had been interviewed on Moody Radio on the topic of homosexuality. During my last three years at Deerfield High School, there were more than a few supporters of the normalization of homosexuality who wrote publicly and contacted my administration about what they believed was my unfitness as a role model for students–and I worked in the writing center where I had no classes.

In my second article about you, I concluded by saying that some parents may not view teachers as potentially influential role models for their children, and therefore those parents will be fine with you as their children’s teacher.

I said that other parents may believe that teachers are potential influences but agree with your public promotion of polyamory, homosexuality, and the non-existence of God, in which case they may love for you to become a role model in their children’s lives.

But other parents, perhaps some Jewish, Muslim, or Christian parents, may have concerns about the adults with whom their children spend time, develop relationships, and who may potentially influence their children and may also have significant disagreement with the ideas you promote on your public blog. Those parents are entitled to sufficient information to make informed choices about the very public activities of their children’s teachers–something that for some odd reason seems to offend you.

You also erroneously stated that I sent “out an official press release” about you which I did not. We sent out an Illinois Family Institute email to our subscriber list, which we do once or twice a week.

Mr. Mehta, you have now made two more inaccurate statements (the first was in your blog entry following your attendance at a presentation I gave at Wheaton Bible Church). If you cannot produce any proof from my writing to support your claim that I am “going after” your job, please retract that statement.