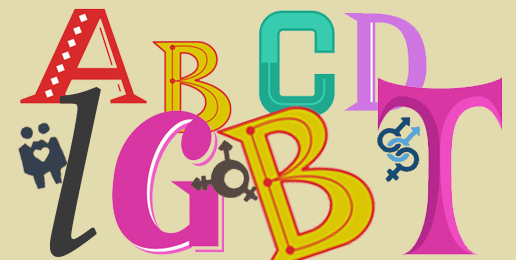 “Come, you spirits
That tend on mortal thoughts, unsex me here,
And fill me from the crown to the toe topful
Of direst cruelty!”
—Lady Macbeth

By the fall of 2017, kindergartners in Washington State will be taught to “understand the range of gender roles, identity, and expression across cultures.”1 For those unclear about what precisely will be taught, the kindergarten curriculum developers provide a helpful glossary that includes a definition of “gender”:

Gender: A social construct based on emotional, behavioral, and cultural characteristics attached to a person’s assigned biological sex. A person’s social and/or legal status as male or female.

• Gender expression. The way someone outwardly expresses their gender, whether consciously or unconsciously.

• Gender roles. Social expectations about how people should act, think, or feel based on their assigned biological sex.

Kindergarten now marks the starting point for government indoctrination of children into the brave, new, sexless, science-denying orthodoxy of the “transgender” movement, the end result of which is not a more compassionate society, but a society in which there is no public recognition of, or respect for, sexual differentiation.

In early May 2016, the Chicago Public Schools (CPS) joined the ranks of the foolish by issuing guidelines pertaining to gender-dysphoric students in K–12 schools. Students who wish they were the opposite sex may now use opposite-sex restrooms and locker rooms, and on school-sponsored overnight trips, they may room with opposite-sex students.

These guidelines also apply to “gender non-binary” students who don’t “identify” as either male or female and to “questioning” students who aren’t yet sure which sex they would like to be. In other words, these students may make their restroom, locker room, and hotel room selections in accordance with their unstable sexual confusion.

In an effort to facilitate student confusion, the CPS “guidelines” mandate the use of Newspeak by faculty and staff, requiring them to lie by using opposite-sex pronouns when referring to gender-dysphoric students.

One week later, the Department of Justice (DOJ) and the Department of Education (ED) issued an almost identical edict, except theirs came with a threat of the loss of federal funds for non-compliance with what they euphemistically describe as “significant guidance.”

Elementary, middle, and high schools all around the country have been accommodating requests (or demands) from parents to have their gender-dysphoric children granted access to restrooms, locker rooms, and athletic teams that correspond to the sex these children wish they were rather than the sex they actually are. In a case in Illinois, a male student sued his district for the right to unrestricted access even to the girls’ locker room, which includes showers. Often school administrations are accommodating these requests without informing the parents of students whose privacy is being invaded.

The DOJ and the ED, through the intrusive Office for Civil Rights (OCR), which is an unelected collective of bureaucrats, have proclaimed that henceforth, in the section of Title IX of the Education Amendments of 1972 that prohibits discrimination based on “sex,” the word “sex” includes “gender identity” and “gender expression.” Further, sex-segregated restrooms constitute discrimination based on “sex,” meaning that schools have no legal right to maintain separate restrooms for boys and girls.

There are multiple problems with this creative argument, the first of which is that the word “sex” in Title IX means sex.

Second, progressives themselves relentlessly assert that sex and “gender identity” are wholly distinct.

Fourth, neither the DOJ nor the ED has lawmaking authority, so neither can change the definition of the word “sex” in Title IX.

But the Barack Obama administration had still more government power to wield illicitly in its quest to eradicate sex-segregation. Like the ED, the DOJ under Attorney General Loretta Lynch has declared that the word “sex” in Title VII of the Civil Rights Act of 1964 includes “gender identity” and “gender expression.” The abuse of Title VII is far more dangerous than that of Title IX because it has broader applicability.

Whereas Title IX applies only to schools, Title VII applies to every business in the private sector with over 14 employees, to every government entity, and to every religious organization, including religious schools of every grade level from elementary through college.It even applies to churches, which are exempt only from the prohibition of religious discrimination. Churches and other religious institutions are not exempt from the ban on “sex” discrimination.

So if the Obama administration’s redefinition of the word “sex” to include “gender identity” prevails, even churches couldn’t prohibit gender-dysphoric persons from using opposite-sex restrooms. The decree—it can’t veraciously be called a law—would mandate that gender-dysphoric guests at church weddings or attendees of concerts and athletic events at Christian colleges be allowed in opposite-sex restrooms.

Since men are permitted to go shirtless on beaches, at pools, in public parks, in high-school swim classes, and on swim teams, there would be no legal warrant for prohibiting women who “identify” as men but forgo bilateral mastectomies from going shirtless as well.

When announcing the DOJ’s lawsuit against North Carolina following that state’s passage of a law prohibiting de-sexed, co-ed restrooms, Attorney General Lynch said, “It was not so very long ago that states, including North Carolina, had signs above restrooms, water fountains and on public accommodations keeping people out based upon a distinction without a difference.”

If there is no more difference between men and women than there is between blacks and whites—as Lynch clearly implies—then how is it justifiable to maintain single-sex restrooms or showers anywhere? Why not allow men and women and boys and girls to share the same restrooms, locker rooms, showers, shelters, and hospital rooms just as blacks and whites do?

The left uses the little-known history of some cross-dressing men successfully deceiving women in restrooms as a perverse ethical justification for allowing men in women’s restrooms. The argument goes something like this: Since gender-dysphoric men in especially convincing disguises have successfully deceived and violated the privacy of women who don’t want to share restrooms with men, let’s just openly allow gender-dysphoric men to continue to invade women’s privacy.

That’s analogous to arguing that since some peeping Toms successfully spy on women through windows without being found out, there’s no harm done, so no foul. Or, since some husbands commit adultery without their wives ever finding out—again, no harm, no foul.

Others believe, however, that the deception per se is harmful. The use of ever-more-elaborate disguises—including chemically and surgically facilitated ones—by gender-dysphoric men to conceal their sex from women who don’t want to use restrooms with objectively male persons is comparable to peepers using ever-more-sophisticated technology to peep.

There are still more critical questions that should be posed to anyone who supports de facto co-ed everything, questions that will expose the incoherence of the subversive un-sexing of America:

1. Why should gender-dysphoric men and women be allowed to dictate that restrooms, showers, locker rooms, shelters, and hospital rooms no longer correspond to objective, immutable sex?

4. If there is a mismatch between a person’s sex and his feelings about his sex, how can progressives be certain that the error resides in the body rather than the mind? If a person has XY chromosomes that have commanded his brain to produce and release male hormones to which his body is able to respond, thereby developing normal, unambiguous, healthy, fully functioning male anatomy, he is clearly male. If he nevertheless desires to be—or insists that he is—female, might this not be an error of his mind?

5. If a man “identifies” as “bi-gender” and has appended faux-breasts to his torso while retaining his penis, should he be permitted to decide at will which locker room he uses in the altogether?

6. Those who suffer from gender dysphoria claim that their DNA and the genitalia it shapes are wholly unrelated and irrelevant to “gender” and “gender identity,” and that genitalia shouldn’t matter when it comes to restrooms, changing areas, and showers. They further claim they want to use restrooms with only those whose “gender identity” they share. So, why do gender-dysphoric men demand to use women’s restrooms? How do they know that the males using the men’s restrooms do not “identify” as women, and how can they be sure that the females using the women’s restrooms do “identify” as women? Is it possible that gender-dysphoric men are basing their restroom choices on genitalia? If so, why are they permitted to do so, but actual women are not?

The editorial board of the Charlotte Observer opined that “the thought of male genitalia in girls’ locker rooms—and vice versa—might be distressing to some. But the battle for equality has always been in part about overcoming discomfort.”3 This comment reveals what many Americans don’t realize: identifying as the opposite sex does not require or necessarily include any surgery, cross-sex hormone-doping, or even cross-dressing; the mere assertion of one’s “gender identity” is sufficient.

Of course, none of those actions can efface the truth of sex; all they can do is mask it. But Americans should disabuse themselves of the rationalization that sharing a shower with Caitlyn Jenner might not be so bad as long as his testicles have been given the heave-ho and his pesky penis has been tucked inside.

And this brings us to the final chapter in the dystopian cultural narrative the left is writing: the end of sex-segregation everywhere. The elimination of the binary. No more public recognition of or respect for objective maleness and femaleness. “LGBTQQAP” activists and their ideological allies seek to create a solipsistic, make-believe world in which nothing outside the self is recognized as real or meaningful. Objective, immutable, biological sex, which is the source of feelings of modesty and the desire for privacy, will become a hoary relic of the past. Even language will be co-opted to serve an ontological and epistemic lie.

A compassionate society helps those who suffer from disordered thoughts and emotions. It does not affirm confusion or facilitate fiction. This most profound distortion of reality and morality must be resisted. •