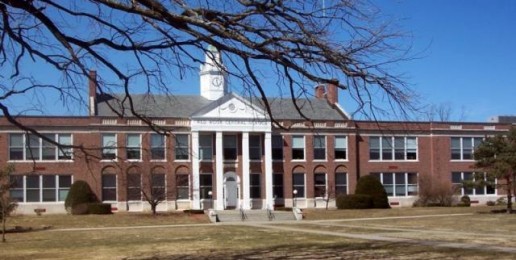 If you want to see where the deceitful effort of homosexual activists to exploit bullying-prevention for their own selfish and pernicious goals goes next, look at what recently happened in a New York middle school.

School administrators colluding with college students from the far Leftwing Bard College held a bullying-prevention workshop for students at Linden Avenue Middle School during which the college facilitators asked girls to kiss girls.

When confronted by angry parents who were not notified ahead of time about this activity, Principal Dr. Katie Zahedi claimed that “the sessions were…about saying no to unwanted advances….In planning the discussion, we made it clear that absolutely no discussion of any sexual acts is appropriate to middle school, and they used the examples of a kiss….It was…ultimately about respect and safety.”

In a society in which sexual images and ideas, including homosexuality-affirming images and ideas, proliferate, no public school should be asking students to kiss any other student, particularly another student of the same-sex. Those parents who are desperately trying to teach their children that homosexual acts, including non-platonic, same-sex kissing, are profoundly wrong, should not be undermined in government schools.

Conservatives must be willing to say publicly, unequivocally, and unashamedly that homosexual acts are immoral and that we will not tolerate public schools promoting the subjective beliefs of the Left on this essential cultural issue. We must be willing to speak truth with the same boldness, certainty, and persistence with which the other side speaks lies. And we must do so even if it’s costly.

The central goal of homosexual activists and their “progressive” pals is not to eradicate bullying—a goal that every decent person shares. Their central goal is eradicating conservative moral beliefs and the sentiments that naturally accompany them or to make it socially, politically, and legally impossible to express them. If that means a loss of First Amendment speech rights and religious liberty and a loss of parental rights, so be it. The goal of normalizing sexual deviance trumps even the U.S. Constitution.

We often hear Edmund Burke’s warning that “Those who don’t know history are destined to repeat it.”  But we are such a foolish people that even when we know history and repeat it, we don’t recognize it.

We look at this newest manifestation of the embrace of sexual deviancy and remain blind to the concomitant human degradation. We know history and blithely repeat it, foolishly saying this time it’s different. This time it’s all about love and safety.