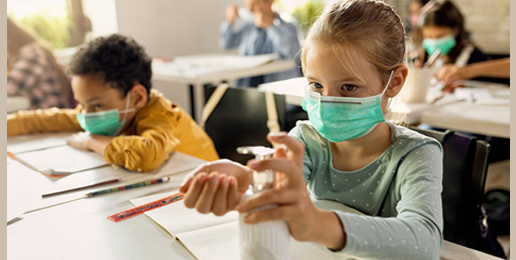 With the increasingly extreme attack on parental rights and medical freedom represented by Governor J.B. Pritzker’s COVID mask and vaccine mandates for schools, there has never been a better time for parents to sever all ties with the government’s “education” system.

As if the dumbing down, perverse sexualization and extreme indoctrination were not serious enough already for parents to make serious moves protecting their children, government officials in Illinois decided last month to double down on the extremism.

Among other deeply controversial policies, Gov. Pritzker decreed that all staff and even some eligible Illinois students must receive the experimental COVID injection. The Democrat governor also ordered all students over age 2, as well as all staff, to wear a face mask throughout the school day.

“This is a pandemic of the unvaccinated,” Pritzker claimed, falsely, during a press conference, citing debunked figures while ignoring the overwhelming evidence that fully vaccinated people are being hospitalized and dying in significant numbers. “People can slow the pandemic by masks and vaccinations.”

In reality, the latest data appear to show the COVID injections are practically worthless in protecting anyone from the virus — especially after some months have gone by. According to the latest government data out of the United Kingdom, (see p. 20) about two thirds of those who died from the so-called “Delta” variant were fully vaccinated at least two weeks earlier. Just 28 percent were unvaccinated.

On the mask mandate, Pritzker again appears to be ignoring actual science and data. For instance, as Florida Governor Ron DeSantis pointed out in his recent executive order banning mask mandates in public schools, a Brown University study found “no correlation” between masks and COVID in Florida schools.

DeSantis also pointed to studies showing an extremely low risk of children contracting a serious case of COVID. And he noted that there is no real evidence showing that counties with mask mandates fared any better than those with them during the previous school year. Even more concerning, the popular Florida governor warned of dangerous health consequences associated with face masks.

In any case, parents have the right to make medical decisions for their children, not bureaucrats and government officials, he said.

“Given the historical data on COVID-19 and the ongoing debate over whether masks are more harmful than beneficial to children and to school environments in general, we should protect the freedoms and statutory rights of students and parents by resting with the parents the decision whether their children should wear masks in school,” DeSantis said in his order.

But when not enough families and school districts bowed to the demands of the COVID totalitarians, Pritzker issued mandates and claimed to be merely following the “recommendations” of the disgraced CDC.

“Far too few school districts have chosen to follow the federal Centers for Disease Control and Prevention prescription for keeping students and staff safe,” Pritzker proclaimed. “Given the CDC’s strong recommendation, I had hoped that a state mask requirement in schools wouldn’t be necessary, but it is.”

Despite the media hysteria and the governor’s decrees, the non-profit group Illinois Policy pointed out that the number of daily deaths attributed to COVID in Illinois has been below 20 since mid-June, and COVID patients occupied just a small fraction of available ICU beds and ventilators.

Meanwhile, in Sweden, where authorities consistently advised against masks and shunned any sort of mandates at all, daily deaths have fallen to virtually zero.

Still, the threats from the governor and his supporters are already ramping up. The Illinois High School Association warned last month that any schools violating the governor’s decrees would have their student athletes banned from playoff games this fall.

Even private schools are being bullied. Christian Liberty Academy in Arlington Heights had its state recognition revoked for failing to comply with the mandates. Adding insult to injury, Pritzker even claimed he would deny students their diplomas if schools did not comply with his edicts.

Republicans in Illinois blasted the governor’s antics. State Senator Darren Bailey, who is himself running for governor, blasted Pritzker as a “tyrant” who has overstepped his authority by issuing “unilateral mandates.”

“Unless you are part of a powerful special interest group that can help his campaign, he will continue to try and control your life,” Bailey added, saying masking should be a personal choice and that parents must “let their voices be heard on this despicable tyranny.”

One powerful way for parents to make their voices heard on this issue — and to protect their children from a wide range of other evils — is to exit the public school system entirely.

These outrageous abuses of power by Pritzker represent an attack on parental rights, medical freedom, the well being of Illinois children, and common sense. A growing amount of research is also pointing to very serious health risks poses by face masks, not to mention the catastrophic psychological damage being done.

Add to all of that the fact that in recent weeks, Pritzker signed a radical “sex ed” bill that is among the most extreme in the nation. Under the scheme, government schools will more vigorously promote abortion, promiscuity, gender confusion, homosexuality, and more.

Parents who are sick of being bullied and terrorized by out-of-control officials do have options. Homeschooling is one excellent choice that is in line with the Bible and can protect children and families from this sort of abuse. The number of homeschooling families in the state has more than doubled over the past year already.

At this point, it should be clear that government schools are not safe for children or families — and the risks extend far beyond that. Only a mass exodus can neutralize the threat and protect Illinois’ future.