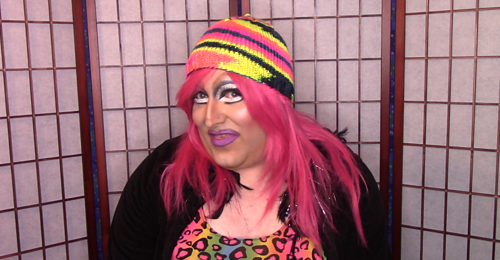 A plague of biblical proportions and grotesque unsightliness has descended on America: drag queens.

Just eight years ago, drag queens were a smallish plague found only in weird clubs catering to weird adults with weird “entertainment” tastes. Then lesbian/unfit mother Michelle Tea’s darkened mind spawned a dark idea that she mistook for a brilliant one: drag queen story hours for preschoolers at public libraries. The dark idea has swept the nation in a movement that only a father of lies could love. And now it’s landed in Chicago’s Lincoln Park Zoo, giving new meaning to the zoo’s motto: “Lincoln Park Zoo. For Wildlife. For All.”

The zoo’s event planners decided that Sunday, October 2, at the beginning of the zoo’s October Fall Fest, would be the perfect time for cross-dressing men to read stories to preschoolers. The planners apparently aren’t worried about that millstone hanging around their necks.

Longtime zoo member and mother of three Ruth Timlin has called for a boycott of the zoo until zoo leadership commits to no longer hosting divisive, inappropriate, and family-unfriendly events like the upcoming Drag Storytime. Timlin writes,

[B]y hosting Drag Queens as entertainment for children Lincoln Park Zoo ostracizes and damages its relationship with Christians, Sunday schools, church youth groups, among many other faiths within the community that have been supporting the zoo for years.

Donors and members should take their dwindling discretionary income and use it for better causes.

In November 2016, The New Yorker published a short piece about the lesbian mother behind drag queen story hours:

On a recent Saturday morning, about two dozen small children and their parents gathered in the Park Slope branch of the Brooklyn Public Library for a new reading series. … The event was hosted by Michelle Tea, a writer from Los Angeles, who started attending library story hours after becoming a mom. She’d brought her partner, Dashiell Lippman, and their two-year-old son, Atticus. … “He is pretty butch—we call him Fratticus,” Tea said. “I’m always pushing a tutu on him, but he’s, like, ‘No.’”

Tea’s solution, called Drag Queen Story Hour, introduces elements of gender bending and camp. “I have long thought that drag queens need to be the performers at children’s parties, rather than magicians or clowns,” she said. “Drag has become more mainstream. Kids might have seen one on a billboard or on TV.”

Tea made her way to the front of the room. “Do you all know what a drag queen is?” she asked the children. “Drag queens are amazing. They get to do fun things like dance and sing and travel and play dress-up with their drag-queen friends. And they’re all feminists.” The parents chuckled politely.

The drag queen Lil Miss Hot Mess came out, wearing a white sequinned tunic dress and matching heels, bright-pink tights, and a curly auburn wig. … She [sic] put on black owlish reading glasses, sat on a folding chair, and addressed her [sic] audience: “Can everyone say, ‘When I grow up, I want to be a drag queen’?”

This was not my first unpleasant virtual encounter with Tea and her lesbian “wife” (now ex-wife) Lippman. Earlier in 2016, I wrote this about the couple:

In a buzzy Buzzfeed video, two gender-nonconforming lesbians, Dashiell and Michelle, discuss their efforts to raise their toddler son Atticus to be free of the constraints of gender. Mom Michelle, who became pregnant via a sperm donor, has concluded that gender “ultimately doesn’t mean anything.” Michelle tries to “queer” her “relationship with” 17-month-old Atticus, which includes attempting to “get him to a wear tutu.” Michelle admits Atticus “hates it.” Atticus calls Dashiell, the “gender-queer” parent, “Baba,” which Michelle explains is a name that “more masculine female people and even some transmen [i.e., women pretending to be men] who are parents are going by.”

Michelle frets that Atticus has a book with pictures of girls and boys identified as girls and boys. While reading it, she replaces the offending nouns, explaining, “I’m like ‘child, child.’” Michelle explains why she bowdlerizes the text: “This is where he’s learning what things are, and … I hate the idea that he’s getting imprinted on him, the idea that people who look like this are boys and people who look like that are girls. … Sometimes the best thing to do is to be constantly challenging, and sometimes it’s … just to ignore gender completely.” Michelle expresses relief that because Atticus is being raised by gender-non-conforming, masculine-looking Dashiell, he will learn about the “reality of what gender is or isn’t.”

Here’s a bit more about the troubled former prostitute Michelle Tea who has spawned the plague of drag queen child-groomers. According to Wikipedia, Tea “was in a relationship with Katastrophe” a woman who very convincingly masquerades as a man. Then in 2013, Tea married lesbian Dashiell Lippman, who pretends to be “nonbinary.” Tea gave birth to a son, the product of a drag queen friend’s sperm and Dashiell’s younger egg that Tea incubated. She and Lippman divorced. In 2021, Tea became engaged to TJ Payne, a woman who masquerades as a man. Lesbian Lippman went on to marry another woman.

Those who don’t live near Lincoln Park may want to choose a visit to the Paramount School of the Arts in Aurora, Illinois that is “proud to present Drag Queen Story Hour with Drag Queen Story Hour Chicago,” featuring “Alexis Hex” and “Coco Sho Nell” on the very same Sunday, Oct. 2. There are two sessions available, one for 6–9-year-olds and one for 10–12-year-olds.

It turns out that when society subsidizes, affirms, and celebrates a phenomenon—including even a depraved phenomenon—it spreads. So now, drag queens are as prevalent as locusts, frogs, and (monkeypox?) boils in Egypt. Drag queens are swishing and sashaying about in libraries, zoos, park districts, Main Street parades, churches, bookstores, children’s television, and theaters.

Pray for our nation’s emotionally, spiritually, psychologically, and intellectually malleable little ones. If they manage to survive the womb, they may end up one day at their local library, zoo, or theater where depraved adults will serve perversion to them on glittery platters.