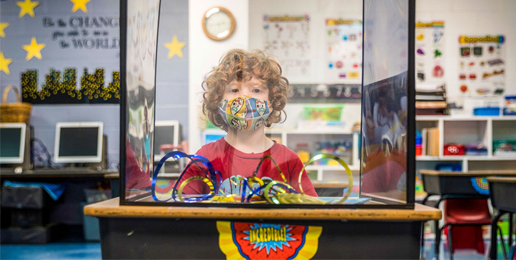 Illinois Democrats Trying to Give More Power to Bureaucrats During All Health Crises
Written By Laurie Higgins   |   04.26.21
PRINT

You never let a serious crisis go to waste. And what I mean by that it’s an opportunity to do things you think you could not do before.

Most Illinoisans going about their business, working hard and raising children, have heard nothing about the power grab underway right now by leftist swamp creatures in Springfield. As citizens continue to battle governmental authorities—both elected and unelected—who have used the pandemic crisis to usurp our rights, swampsters in Springfield are busy passing legislation to ensure the government will have such ill-gotten powers in perpetuity.

On Thursday, April 22nd, the Illinois House passed along party lines HB 2789, an authoritarian proposal sponsored by State Representative Michelle Mussman (D-Schaumburg). This bill adds an amendment to an existing law, which will grant sole authority to determine whether, when, and under what conditions public and private schools can return to in-person instruction in the event of a public health crisis to the Department of Public Health Powers and Duties.

The Department shall establish requirements by rule for providing in-person instruction at nonpublic schools and public schools that include, but are not limited to, personal protective equipment, cleaning and hygiene, social distancing, occupancy limits, symptom screening, and on-site isolation protocols and shall disseminate information about those requirements to nonpublic schools and public schools with the assistance of the Illinois State Board of Education. The authority to enforce the rules adopted pursuant to this Section lies with the Department and local departments of public health.

If upon investigation, a school is found to be in violation of the rules adopted under this Section, the Department has the authority to take the appropriate action necessary to promote the health or protect the safety of students, staff, and the public, including, but not limited to, closure of a classroom, gym, library, lunch room, or any other school space until such time that the Department determines that the violation or violations have been remedied. Nothing in this Section limits the authority or requirements of the Department or local public health departments.

Don’t be deceived into believing this bill has anything to do with public health and the welfare of children. This bill is solely about the government expanding and retaining control over the lives of citizens.

We have seen federal and state governments issue mandates about masking and school closures for which there is no scientific support. And we have seen state lawmakers genuflect to teachers’ unions that have been making demands wholly irrelevant to COVID-19—demands that harm children.

Local elected school boards, accountable to the people who elect them, must retain control over decisions related to their communities. And neither Springfield swampsters, nor an Illinois governor, nor the Department of Public Health Powers and Duties, nor the appointed and politicized Illinois State Board of Education should have unrestricted authority to control how private schools respond to public health crises.

Why does any Illinoisan think the bureaucrats in corrupt Illinois government (who, by the way, deny school choice to Illinoisans, including disadvantaged children in lousy, dangerous Chicago schools) have the best interests of children in mind or know better how to protect them than do parents and local school districts?

Instead of granting more power to the corrupt, inefficient, feckless, and power-hungry government, let’s starve it.

This bill passed the Illinois House by a partisan vote of 70 to 42. The legislation now moves to the Illinois Senate for consideration, where it is sponsored by State Senator Christopher Belt (D-East St. Louis).

Take ACTION: Click HERE to send a message to your state senator, asking him/her to vote against HB 2789. If we have learned anything during the COVID-19 lockdown, it is that a one size fits all approach doesn’t work. We have local school boards and county health officials who are better positioned to respond to health crises.

With approximately 5 weeks left before the Illinois General Assembly adjourns for the summer, your local state senator must hear from you. Please! Let them know clearly, but politely, that we vehemently oppose giving bureaucrats at the Department of Public Health Powers in Springfield MORE authority.