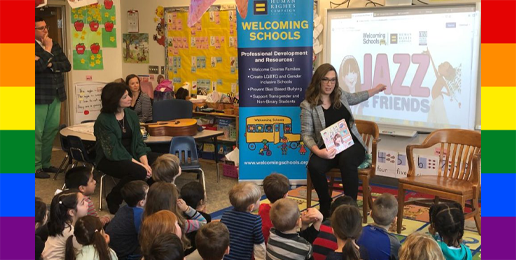 How Millions of Christians Are Unequally Yoked with Unbelievers
Written By Jonathan Lewis   |   07.31.19
PRINT

In 2 Corinthians 6:14, Paul gives an important instruction to us as God’s people: “Do not be unequally yoked with unbelievers.” (ESV)

Why is this important? Paul answers that question as the verse continues: “For what partnership has righteousness with lawlessness? Or what fellowship has light with darkness?”

In other words, the reason we shouldn’t be unequally yoked is that we don’t have anything in common—from a faith and worldview perspective—with unbelievers.

Paul continues that line of reasoning in verses 15 and 16:

What accord has Christ with Belial? Or what portion does a believer share with an unbeliever? What agreement has the temple of God with idols? For we are the temple of the living God; as God said, “I will make my dwelling among them and walk among them, and I will be their God, and they shall be my people.

In other words, working alongside unbelievers (i.e., being yoked together with them) to accomplish something inherently tied up with our Christian beliefs and worldview is going to be not only unfruitful but also unwise and contrary to God’s calling on our lives. (As Paul continues in verse 17, “Therefore go out from their midst, and be separate from them, says the Lord, and touch no unclean thing; then I will welcome you….”)

Let’s consider a couple of examples to gain some clarity.

Participating in a neighborhood clean-up day at a local park wouldn’t be a violation of this command. The relationship is temporary and informal, and the task at hand isn’t dependent on your faith, worldview, values, or convictions. Yes, you might be motivated to participate because of your faith and your desire to be active in your community, but the tasks involved in cleaning up the park will be performed the same regardless of your faith and worldview. In other words, there’s no fundamental conflict with unbelievers.

On the other hand, teaming up with members of non-Christian religions to host a community day of prayer would be a different matter. In this case, the objective is inherently spiritual and the differences between the various perspectives would be entirely relevant to the planned activity. This would be a case of trying to achieve something spiritual alongside people who hold completely different beliefs about God, His revelation to man, and our relationship with Him. This would be an instance of being unequally yoked together with unbelievers.

In the first example, our Christian worldview may be what gives us the reason and motivation to seek the good of our community, but the tasks involved will be performed the same regardless of the religious beliefs of the person carrying them out. In the second case, the religious considerations are front and center and can’t possibly be separated from the planned activity.

With those examples in mind, let’s consider a common scenario Christians face today, and ask ourselves whether or not it’s a case where this command would apply: Does it violate Paul’s admonition against being unequally yoked together with unbelievers to entrust our children’s education to a secular institution?

To answer that question, let’s begin by asking ourselves a few additional questions:

1.) Does an education that encompasses all subject areas—e.g., math, language, literature, health, history, government and political science, biology—intersect with spiritual and moral issues, or is it morally neutral?

2.) Does the worldview of a teacher or curriculum impact what is taught and how it is taught?

3.) If so, is the worldview in our secular schools different from your worldview as a Christian? Will your beliefs and convictions be reinforced or undermined?

Here’s how I would answer those questions. First, raising, training, and educating children is a necessarily and unavoidably spiritual endeavor.

Second, the worldview of the curricula and often the teacher matters, and the worldview taught in our schools is far different than that of theologically orthodox Christians. Whether it’s the theory of evolution taught as fact or the promotion of “alternative lifestyles” (or the simple fact that teaching is the most liberal job in America), secular schools have an ideological perspective, and it’s not a Christian one.

That Illinois recently passed legislation mandating that all students in K-12 public schools be taught about the “roles and contributions” of homosexuals and opposite-sex impersonators should alone tell Christians to exit public schools. This is a direct assault on traditional Christian teaching about sexual morality. The simple fact that government schools leave God out indicates their view that He’s either nonexistent or irrelevant to education. That’s far from a neutral position.

If those are your answers to the above questions as well (and if they’re not, I would suggest that you haven’t been paying enough attention to what’s happening in our schools today), then I hope some clarity is beginning to develop around the question of whether or not sending our children to a secular school is a case of being unequally yoked. If sending our children to government schools doesn’t violate this command, then about the only thing the command does mean is that we shouldn’t go to church at the local pagan temple.

Raising and training our children is one of our most important priorities as Christian parents. Properly understood, it’s a deeply spiritual process, and one that is heavily rooted in our worldview and convictions. Can we really partner (i.e., yoke together) with a system that completely leaves God out and think we’re not violating Paul’s command?

As we saw earlier, the reason he gives is simple: From a faith and worldview perspective, we don’t have anything in common with unbelievers. Our faith and values are completely different, so why would we try to accomplish something inherently related to that faith and those values alongside someone who is going to be pulling in the opposite direction?

Paul’s words echo those of God Himself in Amos 3:3: “Can two walk together, except they be agreed?” (KJV)

The answer, of course, is no. And in that case, we would do well to heed the admonition of 2 Corinthians 6:17: “Therefore go out from their midst, and be separate from them, says the Lord….”