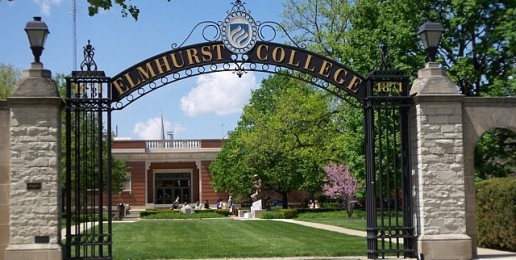 Dan Savage, the vulgar, vitriol-spewing, homosexual sex columnist was for some bizarre reason invited to be the Friday keynote speaker at a national convention for high school journalism students held in Seattle, Washington last week.

Savage, being Savage, employed his usual anti-religious, obscene rhetoric, and when some offended high school students walked out, the middle-aged Savage called them “pansies.”

In the convention’s program, Savage is described as a “popular, sex advice columnist” who offers “frank, funny advice on sex and relationships” and “creates a safe space for all audiences to discuss ‘taboo’ topics.” Two things to note: 1. The event planners knew exactly what they were getting in hiring Savage for an event for high school students. 2. In academia, a “safe space” means a place where volitional homosexuality must be affirmed as moral. The presence of any dissenting ideas renders a space “unsafe.”

After Savage’s presentation, faculty adviser for students from Overland Park, Kansas, Jim Mccrossen, told his students that “‘it is important to be challenged in what you believe because you never become stronger in anything if you are not challenged.'” When I worked at Deerfield High School, English teacher Jeff Berger-White made this same claim in our local press when defending his decision to teach the obscene, homosexuality-affirming play Angels in America: A Gay Fantasia on National Themes by homosexual playwright Tony Kushner:

‘There are going to be times during their years in high school, if we (teachers) are doing are (sic) jobs well, when most students should feel intellectually, emotionally, and even morally challenged.’

Some questions emerge from these teachers’ claims: First, is it really the job of public high school teachers to challenge students emotionally and morally? Second, if it is, how often do teachers in public schools provide resources or activities that challenge “progressive” views of homosexuality? How often do they have students read essays by scholars who dissent from the views of Dan Savage or Tony Kushner? How many students have read an essay by Princeton law professor Robert George or Providence College English professor Anthony Esolen or Amherst professor Hadley Arkes? How many students have read any essays at all by a conservative scholar on topics related to homosexuality?

Dan Savage’s signature project, the effort for which he is most well-known, is the “It Gets Better” Campaign in which actors, politicians, and ordinary people affirm homosexuality while telling hurting kids who experience same-sex attraction that life will get better. This has the superficial gloss of a positive message but is based on foundational assumptions that are ultimately socially irresponsible, intellectually bankrupt, and an affront to human dignity — the very opposite of the values Elmhurst College claims to hold.

Here are some of the values and visions that Elmhurst College affirms:

Vision for the Future

Elmhurst College …asks our students to become… academically grounded, intellectually engaged, and socially responsible citizens, who understand and respect the diversity of the world’s cultures and peoples.

Community
We are committed to… mutual respect among all persons…and fairness and integrity in all that we do.

Stewardship
We are committed stewards of the human, fiscal, and physical resources entrusted to us.

Faith, Meaning, and Values
We value the development of the human spirit in its many forms and the exploration of life’s ultimate questions through dialogue and service. We value religious freedom and its expressions on campus. Grounded in our own commitments and traditions as well as those of the United Church of Christ, we cherish values that create lives of intellectual excellence, strong community, social responsibility, and committed stewardship.

Let’s see if Dan Savage reflects the mission of Elmhurst College to prepare students for “ethical work”; or its vision to have students become “academically grounded” and socially responsible citizens who “respect the diversity of the world’s peoples”; or the college’s core values regarding “mutual respect,” “integrity,” “intellectual excellence,” and “social responsibility.”

Here are some quotes from Savage (with links to videos, lest anyone think I’m cherry-picking quotes or pulling them out of context):

Even with asterisks, I can’t repeat what Savage says at his speaking engagements. If you choose to watch the ones we’ve provided links to, bear in mind that Savage has an adopted son who was between 10-12 years old when Savage was saying things publicly that no father should say even privately (WARNING—GRAPHIC,  OBSCENE LANGUAGE):  HERE, HERE,  HERE, HERE and HERE.  (UPDATE:  We discovered last night that a number of Savage’s YouTube videos were removed after this article was published.)

What is ironic is that after Rush Limbaugh used offensive language to describe a feminist activist, the Obama Administration took him to task, but even Dan Savage’s well-documented history of referring to conservative Christians as “bat sh*t, a**h*le, d**chebags” and advocating the most perverse sexual practices in the most foul language doesn’t stop President Obama from inviting him to the White House.

Elmhurst College claims to value “rigorous debate,” the “exploration of life’s ultimate questions through dialogue,” intellectual engagement, and diversity. If so, will the college be inviting speakers who espouse different views of the nature and morality of homosexuality than Savage and who do so in a different manner, that is to say, without obscene language that degrades rather than develops the human spirit.

Savage’s invitation seems to be part of a larger effort on the part of Elmhurst College to promote arguable assumptions about the nature and morality of homosexuality. Some months ago, Elmhurst College made the national news for being the first college in the nation to ask on its college application whether applicants identify as homosexual, bisexual, or transgender. The administration defended this question by asserting an offensive and absurd comparison of race to conditions constituted by subjective desire and volitional sexual acts.

Elmhurst College’s Hammerschmidt Memorial Chapel, which once echoed with the thoughtful, civil voices of Elie Weisel and Martin Luther King Jr., will now be polluted by the odious rhetoric of Dan Savage.

Chicago Trib Demagogue Who “Identifies” as Reporter, Goes After State Rep. Ives
b
a
x
r