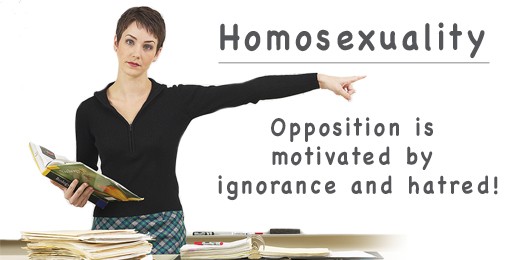 The legal recognition of same-sex unions as marriages will have far-reaching, devastating and pernicious cultural consequences, including within our public schools. Here are some of the ineluctable changes in public education that Illinoisans can expect if “same-sex marriage” is legalized:

Already liberal “educators” exploit bullying-prevention programs, sex education, and English, social studies, and theater classes to advance their personal beliefs about homosexuality. We have lost sight of the truth that no arm of the government has the right to propagate non-factual beliefs about the nature and morality of homosexuality—including public schools.

One word about public school teachers who profess to be Christians: You are not exempt from the obligation to speak truth simply because it may cost you personally or professionally. You have an obligation to stand for truth and to protect children. Recently theologian and pastor Peter Leithart wrote about the moral obligation pastors have to stand for truth on the issue of homosexuality. He wrote that if they are not willing to endure persecution on this subject, they should get out of the business. I would argue that this moral imperative applies to Christian teachers in public schools as well. And yes, you will be hated.

Far too many Christian teachers in public schools have stood by silently as lies and political activism have infiltrated public schools through plays, novels, essays, magazine articles, films, guest speakers, anti-bullying resources, sex education, discussions of “family diversity,” picture books, and professional development activities. Their silence ensures that in coming years the presence of homosexuality-affirming resources will be greater, the suppression of dissenting ideas greater, and the oppression of conservative teachers greater. They need to ask themselves if there’s anything they’re willing to sacrifice to protect children from lies?

There are several obstacles that serve to prevent the public from recognizing the educational consequences of redefining marriage. First, we are an intellectually lazy culture that doesn’t want to spend any time imagining the logical outcomes of ideas, policies and laws.

Second, we are a cowardly bunch, unwilling to express counter-cultural ideas unless we’re guaranteed that doing so will be cost-free. If we think that expressing our views to a teacher, administrator, school board, colleague, boss, friend, neighbor, member of our church, pastor, priest, lawmaker, or the local press will cost us anything, we choose self-censorship. Though the cost could be public excoriation, loss of employment, or a lawsuit, the cost we’re unwilling to pay is most often as trivial as having someone become angry with us. We should be ashamed of such cowardice.

Anyone who proclaims that the redefinition of legal marriage will have no effect on the culture is either foolish or lying. Adopting what Robert George, Ryan Anderson and Sherif Girgis call the “revisionist view” of marriage will radically alter the cultural landscape in countless and profoundly harmful ways.

Take ACTION:  If you haven’t yet sent an email or a fax to your state lawmakers — it is time to speak up now!  Click HERE to let them know what you think.