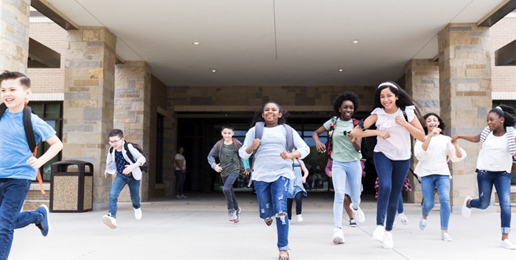 The totalitarian-minded education establishment and its extreme left-wing allies are starting to freak out as conservatives abandon futile efforts to “reform” government schools in favor of a mass-exodus strategy. Even powerful union bosses are starting to panic.

The trend has been building quietly for years. But it has accelerated rapidly in recent months as a trickle of families fleeing the system became a tidal wave amid face-mask edicts, vaccine mandates, Critical Race Theory, Marxist indoctrination, extreme “sex education,” and other controversies.

The first major shoe to drop in response came on September 30, when the fringe left-wing magazine New Republic released a major article claiming Republicans were now out to destroy the public-school system instead of “reform” it.

“Republicans Don’t Want to Reform Public Education. They Want to End It,” blared the headline in the far-left magazine, famous for lying about and even praising the mass-murdering Soviet dictatorship. “Florida’s recent struggles over masks in schools augur a terrifying shift in the right’s approach to education policy.”

According to the article, conservatives are increasingly abandoning the idea of “reforming” public schools. Instead, the article argues, the new approach is to get as many children as possible out of the system and into private schools or homeschooling.

The article begins by examining a speech by Florida Education Commissioner Richard Corcoran at Hillsdale College. Corcoran noted, correctly, that education will be the key to winning other issues, too. But Florida Governor Ron DeSantis, the article claims, is at the helm of pursuing the strategy to destroy government education.

“Trading in the decades-old, substantially bipartisan education reform agenda, a formula that was born in Florida, he is mustering a naked attack on the very existence of public schools,” the magazine claimed, arguing that this shift is taking place in the broader Republican Party in general as well.

And bigwigs of the trillion-dollar-per-year “education” regime are getting nervous. For instance, American Federation of Teachers (AFT) boss Randi Weingarten, who is quoted in the New Republic article, blurted out her concerns on Twitter.

“This isn’t just about masks or about Governor DeSantis’ political aspirations,” she said as state-level union bosses parroted her comments as well. “It’s about the complete destabilization of public education so that parents will choose private schools.”

“Pull your children out of public schools,” Owens told the cable network on Sunday. “The time is now, remove your children from these indoctrination camps, they’re not learning to be smart,  they’re not focused on hard academics, they are being brainwashed and and systematically controlled and what they want to produce, by the way, are failures.”

Before that, Evangelical leader Franklin Graham, conservative pundit Dennis Prager, talk-radio titan Rush Limbaugh, and many others also called for parents to remove their children in recent years.

Some have been sounding the alarm for decades. Exodus Mandate Director Lt. Col. Ray Moore (Ret.), the godfather of the exodus movement, was thrilled by the shift in the conversation. “After decades of futile efforts to reform government schools, conservatives and Christians are permanently opting out,” Moore told us by phone.

“The dam is about to break,” added Moore, who is also chairman of Public School Exit (where this writer serves as executive director) and the Christian Education Initiative (CEI). “When this happens, on a large scale, Christians and conservatives will become good neighbors again, by providing Christian education services for our nation. This is the great hope for renewal of our families, churches and our nation.”

Conservatives and Christians now have the momentum — the wind is in their sails when it comes to rescuing millions of children from the dumbing down, sexualization, and indoctrination in government schools. The exodus is already happening, and it will accelerate in the years ahead.

As the forces of liberty advance, the next challenge will be to keep the same “education” establishment from destroying homeschooling and private school by providing tax funding with strings attached or other subversive methods. The future of America depends on the outcome of this fight.

This article was originally published by FreedomProject Media.

The Coming Revolution: The Left’s Destructive Plan for Teachers